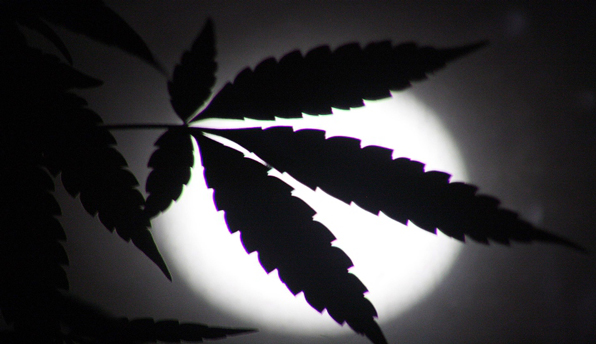 Federal government moves to reduce sentences of 46,000 drug offenders … The U.S. Sentencing Commission voted Friday to slash the sentences of 46,000 inmates serving time for drug offenses, the latest move by federal officials to ease decades-old policies that have clogged the nation's prisons. If the decision is not blocked by Congress, nearly half of federal prisoners incarcerated for drug crimes will be eligible for sentence reductions averaging more than two years. It would take effect Nov. 1, 2015. – Chicago Tribune

Dominant Social Theme: The Federal Government is not going to tolerate these drug penalties anymore. Fairness has won out.

Free-Market Analysis: US fedgov is going to reduce sentences for drug offenders. With a push on to decriminalize and legalize drugs, why should people continue to stay in jail?

We asked that question a while ago and now have our answer. People won't.

A bigger question, of course, is why should they be there in the first place?

These are not social movements after all, it seems. These are decisions seemingly taken on high and then disguised as cultural reconfigurations. How else to explain the kind of policy zigzags that cannabis has been subject to?

The commission decided in April to reduce future sentences. Friday's vote extends the same approach retroactively to those already serving time. Atty. Gen Eric H. Holder Jr. originally asked the commission, a group of judges and other lawyers who establish sentencing policies, to take a much narrower approach that would affect 20,000 inmates.

… Holder said Friday that he supports the new policy. "This is a milestone in the effort to make more efficient use of our law enforcement resources and to ease the burden on our overcrowded prison system," he said in a statement. Judge Patti B. Saris, chairwoman of the commission, said: "This amendment received unanimous support from commissioners because it is a measured approach. It reduces prison costs and populations and responds to statutory and guidelines changes since the drug guidelines were initially developed, while safeguarding public safety."

No prisoner would be released until a judge reviews the case to determine whether a reduced sentence poses a risk to public safety. The House and Senate would have to vote by Nov. 1 to block the plan. But there has been bipartisan support in both chambers for a broad change in prison policies, and Obama administration officials do not expect a concerted effort to change the commission's new policy.

The movement to reform prison policies has been taken up by Holder with great enthusiasm. But it started in states, including conservative states such as Texas, whose budgets were suffering from the cost of prison construction and housing thousands of inmates.

Cannabis and hemp are among the most useful and helpful plants, historically speaking. There is plenty of evidence that they were used for thousands, perhaps tens of thousands of years, for a variety of purposes … medicinal, recreational and industrial.

But suddenly, in the mid-20th century, people went to jail for possessing them or using them. And now, a half-century later, they are to be un-banned.

The authoritarian "war on drugs" surely served power elite purposes. It allowed a civil-military structure to blanket the entire world. Illicit drug-selling on the part of intelligence agencies created "black budgets" that were good for a variety hidden ops.

Now, the drugs are to be legalized again, and surely there are reasons for the decriminalization and legalization. The United Nations is to be involved, from what we can tell. Globalists, ever in search of international dilemmas, have decided that legal drugs – regulated around the world – are more useful than criminalized ones.

And it doesn't stop there. Apparently, the latest anti-prohibition push is going to involve so-called sex-work as well. The harassment of the 20th century, when it comes to these "victimless crimes" is going to be replaced by treatment, compassion and, of course, a painstakingly constructed bureaucracy that will administer a complex construction of laws, regulations and licenses.

We have been privileged to a ringside seat via the Internet that has allowed us to observe – in its fullness – the evolution of 21st century directed history. Like most everyone else, we had no idea of the depth of society's manipulation, nor of its worldwide scope.

Dominant social themes are used to justify globalist expansions. In the 20th century, these memes stretched on for decades. In the 21st, for a variety of reasons, they are preemptory, almost cursory. It's as if those who provide them understand that they have lost much of their utility. They are easy to identify, analyze and expose.

A new history has been constructed as a result. It is one in which almost every activity of the past 150 years (300 years, really) has been implemented in order to internationalize power, money and politics.

For instance, a trusted source told us recently that under the FDR administration, the head of a major Hollywood studio was himself called on to privately film a sexual tryst of an important Supreme Court Justice in order to win his cooperation. The tryst was observed via one of the first-ever one-way mirrors in a DC hotel and the film delivered. The result: FDR decided not to try to pack the Court because he didn't need to.

Another example: The families of Pearl Harbor victims were furious, suspecting that the administration knew about the attack in advance but had done nothing to stop it. Japanese-American citizens were rounded up and put in internment camps while being forced to sell property at a tremendous loss. Proceeds – never reported – may have been earmarked as "hush money" for Pearl Harbor families so they wouldn't sue FDR.

Directed history! Perhaps such tales are true, perhaps not. But reality is not necessarily what is reported; the patterns that we see presented by the Internet lend a darker caste to history. Over and over, top money-men and their political, business and military assistants seem to structure not just wars but a variety of strategic gambits that seem logical on the surface, but are implemented for far different purposes.

People, events and social philosophies are the mechanisms of these manipulations. It is as if what passes for civil society in the modern era is nothing but a grab-bag of tools that can be utilized at will for larger, secretive purposes having to do with power and control.

Woe to you if you provide convenient fodder for these manipulations. Millions of lives have been damaged and ruined by the "war on drugs." And now it turns out that so-called war need never have been waged. Those implementing these polices have "changed their minds." The painstakingly crafted portrait of a civil society turns out to be something else entirely.

We are left with a few important options. Most significantly, one must internalize the truth about human relationships: They revolve around individual human action. One must live as independently as possible while taking care to avoid personal and public entanglements with the larger power structure.

As the "war on drugs" and its current subsidence shows us, there is not much left of socio-political logic these days. The manipulators are ever more desperate to achieve their tasks and are willing to leave a good amount of cognitive dissonance behind.

The lapsing of the "war on drugs" tells us a good deal about those who structured and implemented it and their current state of mind. They don't seem to care anymore. The careful logic of casuistry has collapsed. Desperation has set in and eventually chaos – of a sort – shall surely follow.