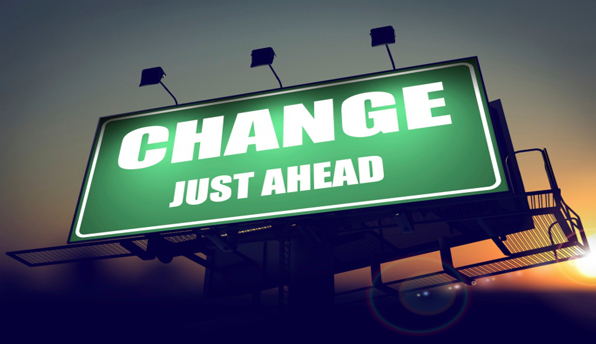 Marijuana Legalization In U.S. States Making Waves At The U.N. … With Washington State and Colorado opening the door to legal recreational marijuana use, a United Nations report has been published which takes issue with this drift towards legalization. The International Narcotics Control Board (INCB), an arm of the U.N. charged with overseeing cooperation with international drug treaties, expressed concern over laws in Uruguay and the U.S. which make use of cannabis legal. The Board refers to these laws as "misguided initiatives" which stand in direct opposition to current worldwide drug conventions. – Addiction Treatment in Drug Abuse

Dominant Social Theme: Cannabis is illegal for a reason.

Inexperienced meme watchers might believe this report expresses the bureaucratic view of the UN regarding drugs: Criminalization should stand.

But wait … We think much of what is going on today is in a sense preordained. The marijuana meme has already moved too far, too fast. It strikes us much more as part of an elite program than simply "an idea whose time has come."

We know that the UN is readying a huge international conference on drugs and drug enforcement tentatively scheduled for 2016, as we reported in a previous article:

We also know that portions of the process supporting this conference are continually being moved forward and that the conference itself was scheduled for 2021 but was pushed forward to 2016.

What's the rush? Well … like certain other problems, the drug trade is an international issue and the UN is in the business of providing international solutions. With the global warming meme proving problematic, it could be that the "war on drugs" provides a better and less controversial platform.

They certainly seem to be moving quickly. In our article mentioned above, we analyzed the UN's haste to reexamine drug policies around the world this way:

Apparently, we are in the midst of a historical judicial reversal (regarding drugs) that is noteworthy not only for its subterranean but breathtaking ambition but also for the vastness of its cynicism. If our perception is correct, a century's worth of human tragedy is about to be overturned not because of the scope of its human horror but because global elites want to expand the influence of the United Nations and need a "global problem" to justify a global solution.

And now comes this anti-drug report from the UN's INCB. It's just more of the same, really. You see, one cannot have a "discussion" without opposing sides. This is why a major methodology of elite control pits simplistic positions one against the other.

If the UN is going to discuss drug legalization, it will have to ensure there are two sides in evidence. Here's more:

INCB Presedent Raymond Yans urges national governments to look at drug policy through a wide angle lens. What is best for the health of the country as a whole? The science behind medical marijuana is sketchy and is seen by the U.N. group as dangerous to public health.

Although the U.S. has permitted states to approve marijuana for medical use there is no solid research showing it to have legitimate medical applications. Since the INCB was created to help safeguard public health, these initiatives strike close to home.

It's important that world leaders hang together on drug policy, says Yans, because any chink in the armor will be exploited by illegal drug traffickers. Of course, one of the major arguments put forward by proponents of legalization is that it's the best way to circumvent illegal drug cartels.

Putting the government in charge of regulation will "clean up" the marijuana drug trade, say supporters. The INCB report argues that governments will instead be creating "alternative drug regimes." The INCB report used tobacco and alcohol as examples of how legalization and government oversight fails to actually clean up or resolve issues.

… Critics of the INCB position say that the U.N. is lagging behind world opinion when it comes to marijuana. The world is ready, say critics, for a global discussion about marijuana. The INCB policy is in need of reform and moves by Uruguay and the U.S. highlight that need.

… The INCB report should remind Americans that we shouldn't view our national discussion about drugs and legalization as affecting only us. The world has to join hands to form a net against drug abuse. Any holes in that net are exactly where all the negative and illicit elements associated with drugs flow. At the moment, the U.S. and Uruguay represent the first tears in that net.

Notice the international orientation. We are told that the "UN is lagging behind world opinion" and that "the world is ready for a global discussion about marijuana."

This is more of the same kind of directed history that we often comment on. It is an orchestration on a grand scale. Before it is over, cannabis will be legal or at least decriminalized around the world.

We're not the only ones who can see it. So can people like former BC Solicitor Kash Heed.

A former B.C. solicitor general predicts Canada will legalize marijuana in the next five years — no matter who is in charge in Ottawa.

Kash Heed, a retired politician and a former chief of the West Vancouver Police Department, is now working as a consultant for medical marijuana companies. Heed argues it's only a matter of time before marijuana becomes legal for recreational use among adults in this country.

"Within five years," he told CBC Radio's Stephen Quinn on On The Coast. "And that is a positive thing, because we can now take [those] taxation dollars and put it back into programs such as prevention, education and health care that is so sadly needed here in Canada.

He says a "green rush" has been underway in Colorado and Washington ever since recreational use of marijuana was legalized in those states. That green rush will affect the market here, whether pot is legal or not, he says.

Heed probably has a good sense of the imminence of the timeline because he moves in law enforcement and political circles and knows the real sentiment, and how fast the meme is evolving.

So far, so good. What Heed doesn't explain in this article is that Canada's evolution is going to be replicated the world over. And that cannabis is only the beginning of this movement. The UN itself is readying a discussion on drugs that will affect not just marijuana but – apparently – cocaine, heroin and other drugs as well.

The idea may be to change the approach from one of criminalization to one of medicalization. This could leave law enforcement with a role but considerably expand international activities from a treatment and monitoring standpoint.

Globalists are ever in search of international problems that can be tackled worldwide. Global warming was one such phony crisis. Drug legalization combined with further regulation provides numerous entrepreneurial opportunities.

Watch for increasing elite regulatory involvement as this meme evolves.