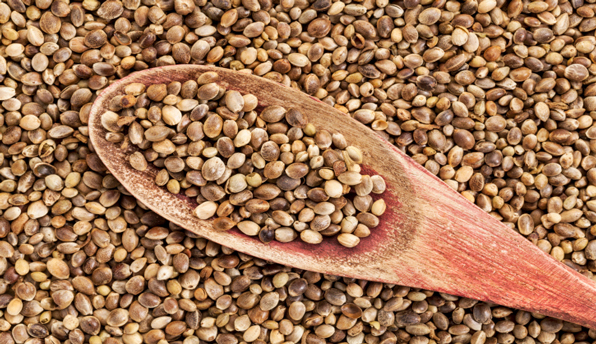 Hemp Enters the Mainstream … The sachets of hemp hearts on the shelves at Costco (COST), Safeway (SWY), and Whole Foods Market (WFM) are Mike Fata's last laugh. The founder of Manitoba Harvest has spent the past decade working to transform hemp—a variety of cannabis—from the butt of weedy jokes into a supermarket staple. Fata's investors are particularly happy about the mass-market breakthrough. "Our customers are bright enough to know that it does not have dope in it if Costco's selling it," says Jim Taylor, a founding partner of Avrio Capital, a Calgary-based venture capital company that was one of Manitoba Harvest's early backers. – Bloomberg

Free-Market Analysis: Now Bloomberg is promoting the marijuana meme or at least beginning to support its affiliated product – hemp.

This is right in line with what we have been predicting. The marijuana meme did not emerge simply from popular action. It is surely part of a larger plan that may call for the involvement of globalist facilities in significant aspects of drug regulation. The UN, for instance, is planning on holding a huge drug conference in 2016 – a conference that was not supposed to occur until 2021.

The power elite is casting around for any problem that can be construed as a global one; probably the idea is to further involve the UN and internationalist solutions generally. The war on terror is one such globalist "problem" that has been relentlessly flogged. And also, of course, global warming. And now we have a third global problem, the war on drugs.

Each of these dominant social themes is in various stages of evolution and two of three are marked by intensive UN involvement. The UN has embarked on a series of almost interminable "climate change" conferences; the war on terror includes an increasingly militarized UN presence in many countries subject to US and NATO force.

As the war on drugs morphs from outright criminalization into something else, its more lurid aspects will gradually be normalized. Certainly this goes for the marijuana meme.

What is more normal than a plant-as-food? Here's more from Bloomberg:

Earlier this year the U.S. government finally recognized hemp as distinct from cannabis … Hemp is easy to digest and has more protein than chia or flax. It's also versatile: Hemp hearts can be sprinkled on cereal, yogurt, and salads or processed into powders, flour, or oil to make everything from bread to beer.

"We have our eye on it," says Colleen Zammer, a marketer in Quincy, Mass., who has worked with food and beverage companies to develop and promote healthy ingredients for the past 25 years. It's "similar to chia in nutrition and better-tasting."

The U.S. farm bill Congress passed in February allows it to be grown for research purposes in 14 states. Restrictions are easing as marijuana gains acceptance, and Democrats and Republicans alike support the economic boost hemp could provide industries ranging from textiles to homebuilding.

Without realizing it, many Americans already use hemp in their soaps, automobile parts, or even in their food," says Representative Jared Polis (D-Colo.), one of the legislators behind a hemp amendment in the farm bill. "The potential for a billion-dollar-plus domestic industry is very realistic."

Fata and two friends started Manitoba Harvest soon after hemp growing was legalized in Canada in 1988. Early on, the lingering association with pot made it hard for him and others in the nascent industry. "Some people looked at me and turned right around like they had seen the devil," says Shaun Crew, chief executive officer of Hemp Oil Canada, a bulk supplier to the food industry.

Fata's big break came in 2001, when Loblaw (L:CN), Canada's biggest supermarket chain, signed on to carry the company's products. "As we stepped up from natural food stores to mainstream stores, the stigma started to go away," he says. Manitoba Harvest's sales have tripled to more than $50 million in the past two years. Prices range from $1.50 for a 0.9-ounce sachet of hemp all the way up to $75 for a 5-pound pouch of certified organic hearts.

At a recent industry gathering in California, Fata introduced his latest creation: hemp heart "Snaxs" made with brown rice syrup and organic cane sugar. He figures company sales could hit $500 million over the next decade.

Whole Foods Chairman John Elstrott says Fata has helped debunk the myths surrounding hemp through education and giving out samples. The two companies sponsor the annual Hemp History Week, which this year kicks off on June 2 and features more than 175 events coast to coast, including a three-day Hemp Hoe Down in South Dakota. Celebrity backers of hemp include musician Ziggy Marley and actress Alicia Silverstone.

Fata says a $6 million expansion will triple his annual production, and he'll soon begin scouting for a site for a new facility in Manitoba. Hemp Oil Canada is spending $13 million on a 35,000-square-foot factory scheduled to be ready by yearend.

Hemp is beginning to be positioned as part of the organic foods movement. According to the Bloomberg article, Safeway has discussed making hemp-flour bread for its in-store bakeries with Fata, who then adds, "hemp is hot."

When contemplating this sort of mainstreaming, it is important to keep in mind that the "hotness" of cannabis is not occurring in a vacuum. As we explained at the beginning of this article (and several previously), the power elite is leveraging its considerable influence on behalf of the marijuana meme.

Others are noticing, too. Here's an excerpt from an Acting Man article, authored by Pater Tenebrarum and entitled, "The Repeal of Marijuana Prohibition Is Unstoppable."

One important example of how the narrative is changing is the 180 degree flip in the opinion of CNN's extremely well-known medical correspondent, neurosurgeon Dr. Sanjay Gupta. A lifelong proponent of prohibition suddenly admits that 'he was wrong' about marijuana and that he has consequently changed his mind. What, he only found out just now that it's actually not as harmful as he always claimed?

There are countless more examples of such sudden epiphanies and recantings – and these are what has altered public opinion. The great mass of the people always follows the lead of intellectuals, and as we know, today's intellectuals are essentially an extension of the State, i.e., their output is in the vast majority of cases statist propaganda.

In other words, one must conclude that the ruling class has decided that it is currently to its advantage to repeal prohibition. As a result, prohibition is likely to be repealed almost everywhere in the world, even in the face of powerful interest groups remaining arrayed against legalization, as they will lose power, influence and money (again, it has nothing to do with a desire to preserve anyone's 'health').

On the one hand one must of course be heartened by the fact that these useless and repressive laws are about to be thrown out. They have ruined so many lives (think about all the perpetrators of victim-less crimes filling the prison-industrial complex to the brim and the violence of the drug cartels) that it is more than high time for change. On the other hand, it is frustrating to once again be reminded that what freedom the average citizen possesses is only what the ruling class actually grants him. He can join the political class if he wants to get a few more crumbs from the table where the loot obtained by political means is divided up, but he has otherwise no say in the process (and it requires certain personality traits that not everyone possesses, such as the complete lack of a conscience).

This cuts to heart of the dilemma faced by self-aware people in the modern era. We have to grapple with dawning certainty that almost every part of society – including its media, educational establishment and cultural facilities – is continually stage-managed by a perverse elite that is surely focused on further globalism.

If cannabis is being legalized it is only because it now suits powerful globalists to do so. It explains the entire – and most peculiar – lack of remorse when it comes to literally hundreds of millions of lives savaged around the world by the war on drugs and cannabis criminalization in particular.

Here at High Alert, we follow dominant social themes and are well aware that the marijuana meme is likely going to be a very profitable one because it is not merely a grassroots expression of freedom but also a deliberate movement that has been rapidly cultivated by very powerful people.

The larger implications of this movement are frustrating because they inform us once more, if we are willing to accept it, that so much of our world is (or at least has been) "Matrix-like" – organized by forces beyond our ken … and creating what we often call directed history.

This marijuana meme is one more example. That's why it is going to be a profitable one for many. But it is also discouraging for what reminds us (yet again) about the reality of the world we occupy.