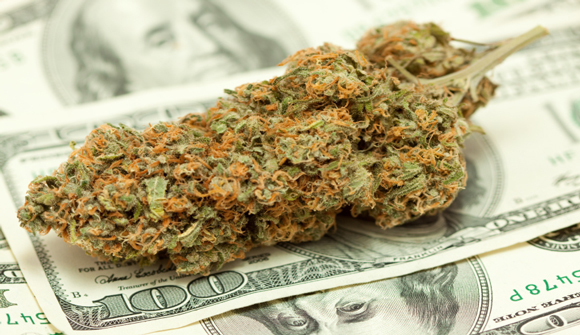 Marijuana industry makes political donations … The entrepreneurs of the young U.S. marijuana industry are taking another step into the mainstream, becoming political donors who use some of their profits to support cannabis-friendly candidates and ballot questions that could bring legal pot to more states. The political activity includes swanky fundraisers at Four Seasons hotels and art auctions at law firms. And members of Congress who once politely returned the industry's contribution checks are now keeping them. – AP

Dominant Social Theme: Cannabis will be rationalized and legalized but it's going to take a while. Nothing happens fast.

Free-Market Analysis: This is another article that shows how quickly cannabis is changing from an illegal substance to a marketable commodity.

We recently noted this trend in an article that focused on the tax revenue that would inevitably be gained by states that decriminalized or legalized cannabis. We also pointed out that as the acceptance of cannabis expanded, those behind the initial movement became even more passionate about driving the industry ahead.

The Legalization of Cannabis and Its Powerful Elements of Support

But this article, excerpted above, furthers the theme by showing how the money now being raised via normal industry transactions will fuel political activism as well as entrepreneurial activity.

"We're developing an industry here from the ground up. If we don't contribute politically and get out there with the candidates, we can't help shape what happens," said Patrick McManamon, head of Cleveland-based Cannasure Insurance Services, which offers insurance to marijuana growers and dispensaries.

Medical marijuana businesses have been giving to candidates since the late 1990s. With the arrival of recreational pot in Colorado and Washington, the industry and its political influence are expanding rapidly. Pot is now legal for medical or recreational purposes in 23 states and Washington, D.C.

More marijuana measures will be on the November ballot in Oregon, Florida, Alaska and the nation's capital, so many contributions are being funneled into those campaigns and the candidates who support them. Compared with the donations of other industries or advocacy groups, the political spending by marijuana businesses is modest.

But, said Tripp Keber, head of Denver-based Dixie Elixirs & Edibles, which makes pot-infused soda, food and lotion, "the word is out that the marijuana industry has money to give." Keber attended a summer fundraiser for Colorado Gov. John Hickenlooper, who opposed legalization in 2012 but has promised to regulate the industry according to voters' wishes.

"It was interesting to see how he's starting to evolve. I said, 'I'm telling you, I can get 100 people in the room who would be happy to max out,'" or give the state's maximum legal donation of $1,100, Keber said. A few weeks later, in August, Keber threw a fundraiser at the Four Seasons in Denver with a goal of raising $16,000 for Hickenlooper. The event netted $40,000.

… Not long ago, most marijuana entrepreneurs were "trying to scrape a few dollars together" to get started, Keber said. "Now this industry is becoming profitable, and we're taking that profit and investing it politically. There isn't a week that goes by where we don't make a political donation."

This is perfectly predictable, but has many implications. People in the US especially assume that the twin opponents of cannabis legalization are law enforcement and pharmaceutical companies: deep-pocketed groups, indeed.

But this may be a faulty analysis. As the movement expands and involves more individuals and groups from all parts of society, the money being generated by cannabis-related activities continues to grow.

Political funding was certainly an obvious destination for cannabis-money. As we covered last week, tax revenue raised by cannabis will tempt more and more states to adjust their policies to derive at least some funding from the cannabis trend.

The article gives us a sense of how much money is already being aimed at political activism:

This probably just scratches the surface; yet it presents a trend that is likely only going to continue to grow. The current state of the cannabis industry is dynamic not static – and the next full-scale opportunity will likely be driven by international advances in decriminalization and outright legalization.

From a business standpoint, the industry is probably growing faster than people are aware of and certainly constitutes a unique 21st century opportunity from both an investment and entrepreneurial perspective.