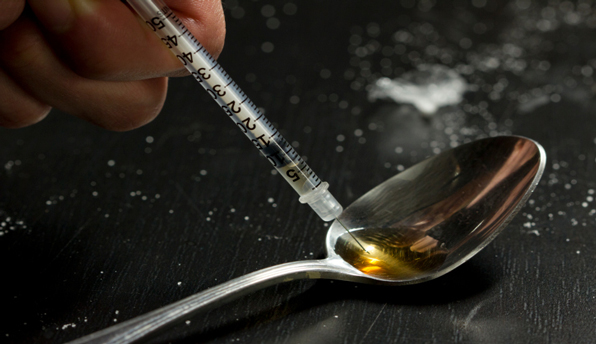 The war on drugs is lost – legalise the heroin trade … I did not believe it before I went to Afghanistan. But it's now clear that prohibition is no answer to this deadly scourge … – Editorial by William Patey/UK Guardian

Dominant Social Theme: Let us regulate drugs worldwide. The UN can do it.

Free-Market Analysis: Our attention was first drawn to this apparent dominant social theme when marijuana legalization exploded onto the scene.

In reporting on the marijuana meme, we began to find evidence that marijuana was not the only drug that might soon be legalized. We have thus gone on record as reporting that the larger globalist power elite contemplates legalizing ALL drugs in the future, perhaps the near future.

Of course, this is a major statement to make. But we are not afraid to make it because it builds on our observation of dominant social themes. We are dedicated meme watchers and after several decades of this we'd like to think we can tell an elite trend when we see one.

We predicted the run-up in gold way back in 2002. We've predicted the current Wall Street Party as well. We forecast the demise of the mainstream media nearly a decade ago. We reported on the deterioration of the central banking meme and warmism. We explained why the power elite was replacing secular regimes with Islamic ones in the Middle East and Africa.

We sort through mainstream articles and alternative media posts to find out what trends are and how they are being received. We marry this to Austrian economic analysis and economic literacy. Others do this, too, these days but we're pretty good at it.

The globalist power elite wants to impose as much worldwide regulation as possible these days – or so it seems – using the United Nations as the main enforcer. This helps build the credibility of world government.

One main "problem" the UN can solve is global warming. Another is the "war on terror." A third – one that is now being cultivated, in our view – is a takedown of the war on drugs.

Demilitarize the war and haul in the UN to regulate instead and you've set yet another worldwide precedent. Note, please, that worldwide regulation of drugs provides internationalist proponents with a logical argument. Drugs cut across the boundaries of nation-states.

This editorial appearing in the Guardian makes just these arguments. We would argue it is no coincidence and is more than simply a "cry from the heart" from a diplomat whose mind has been changed by his overseas experiences.

After 10 years of effort with tens of thousands of troops in the country, and having spent billions trying to reduce poppy cultivation, Afghans are growing more opium than ever before. As the December US troop draw-down deadline approaches, the UN Office of Drugs and Crime estimates that last year Afghanistan produced nearly $3bn worth of opium, and its derivatives heroin and morphine.

… If we cannot deal effectively with supply, then the only alternative would seem to be to try to limit the demand for illicit drugs by making a supply of them available from a legally regulated market. Half of the world's opium is grown for the legal opiates market of which the UK grows 3,500 hectares.

This legitimate drug trade does not fund the Taliban and warlords, and there is no reason why it cannot be expanded to include non-medical trade and use. I am not the first former ambassador who has served in a drug-producing country to call for an end to prohibition.

In 2001 my colleague Sir Keith Morris, the former UK ambassador to Colombia, told the BBC that if drugs were legalised and regulated the "benefits to life, health and liberty of drug users and the life, health and property of the whole population would be immense".

Many more have made the same plea. In 2002 the home affairs select committee called on Britain to initiate a debate at the United Nations on alternatives to drug prohibition – including legal regulation. One of its members was David Cameron MP. I understand why some politicians are reluctant to take up this debate.

Before going to Afghanistan my own instincts told me that it could not be right to decriminalise drugs. But my experience there has convinced me that all political parties need to engage seriously, without trying to score points off each other.

… Putting doctors and pharmacists in control of supply in the UK will save lives, improve health and reduce crime. Ultimately we could improve the underlying lack of wellbeing that drives so many in the UK and Afghanistan into lives of degradation and misery. For the sake of both Afghans and British citizens, senior politicians must take responsibility for the failings of global prohibition, and take control of the drug trade through legal regulation.

Mind you, these are not "awards." These are appointments that place one directly within the ambit of the still quite-functional British royal paradigm. The chances of Patey speaking out of turn or voicing an opinion considerably at odds with either the British royal establishment or its City banking facilities are fairly slim, in our opinion.

The UN itself has moved an important worldwide drug conference up from 2021 to 2015, as we've reported, and there are other evidences as well that the drug decriminalization meme is becoming a most important one.

Accept that drugs are to be legalized and the US and NATO failure to stem the Afghan poppy crop becomes more logical. A large and persistent crop of poppies tends to buttress the argument for regulation rather than prohibition.

And surely, one could argue that one of the reasons for the war was to restart poppy cultivation – a farming effort that the Taliban was well on the way to stamping out. The power elite is perfectly capable of planning dominant social themes for years or even decades, letting them build slowly so they seem to be logical outgrowths of various societal pressures.

And yet they are no such thing. They are manifestations of what we call directed history. First the ground is prepared, so to speak, then seeds are sown and finally the crop is harvested. Always the goal seems to be increased globalism and each theme justifies a new international advance.

Ending the war on drugs would be a powerful and significant action, indeed. It has the added advantage of promoting the idea that the West's sociopolitical systems are growing more liberal when in fact they are evolving in an authoritarian direction.

We would be surprised if it does not progress.