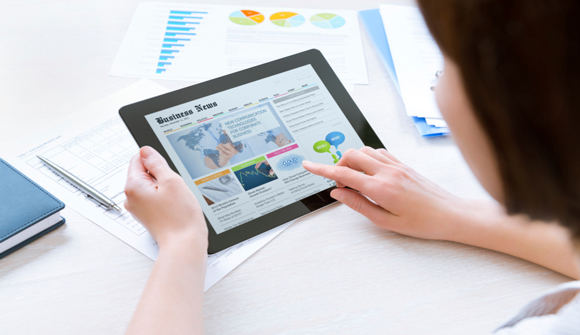 Cannabis / Marijuana, STAFF NEWS & ANALYSIS
Look to the Alternative Media for the Future of Cannabis
By Staff News & Analysis - November 10, 2014

The Marlboro of marijuana … The legal cannabis industry is run by minnows. As liberalisation spreads, that may not last … Colorado's pot industry expects to rack up sales of $1 billion this year. Across America the market is reckoned to be worth about 40 times that much. Most of it is still illegal, of course. But slowly, entrepreneurs are prising it out of the hands of crime gangs. Nearly half the 50 states permit the sale of marijuana to medical patients, which in practice may include anyone willing to fake a back problem. This week Oregon and Alaska joined Colorado and Washington in legalising it for recreational purposes, too. If other countries legalise, as Uruguay already has, it could open up a global cannabis market worth perhaps $100 billion a year (by the best guesses, which are stabs in the dark). – The Economist

Dominant Social Themes: Consolidation in the cannabis industry is normal and natural.

Free-Market Analysis: Now comes The Economist magazine to predict what we mentioned numerous times months ago … that eventually the cannabis industry will consolidate.

What is interesting about this in retrospect is that it's a meme. Corporations, as we've pointed out numerous times, are a product of judicial force. Absent various decisions in numerous countries recognizing corporate personhood and patents, multinationals would likely not exist.

Nonetheless, large enterprises would exist. But they would probably be constructed of smaller enterprises, partnerships linking together to create the larger entity.

This would be beneficial because entrepreneurs would create proprietorships and partnerships that might participate in numerous ventures. This would mitigate the risk to the entrepreneur regarding the failure of any single venture. The entrepreneurial marketplace would be much larger and more forgiving.

But while this is a hypothetical perspective, the reality of the 21st century enterprise in the modern world is much different. Puffed up by judicial force and stuffed with freshly printed fiat money, the modern multinational is a devouring force that will sooner or later have its way with cannabis.

Within the perspective of this somewhat gloomy conclusion comes the realization that one can either make rigid moral judgments or one can make money.

If one is "in" the market, and it is the correct sector of the cannabis enterprise, the rewards may end up being significant, indeed. One's company may be swallowed up but the compensation may be considerable.

This is, in fact, what this Economist article is telling us. Here's more:

Who will corner that market? … Despite the boom, no big force has yet emerged. Even Colorado's biggest retail chains, such as LivWell, Strainwise and The Clinic, have fewer than ten branches each. No firm has much more than about 7% of the cultivation or retail market, reckons Mike Elliott of Colorado's Marijuana Industry Group.

At first sight this fragmentation is odd. Cannabis-farming benefits from economies of scale just as any other form of agriculture does. And you might think that when taking a mind-altering and potentially harmful substance people would prefer a trusted brand over a small upstart, as they overwhelmingly do with cigarettes.

What would it take to build a Marlboro of marijuana, then? Most of the obstacles are regulatory. Until recently Colorado's dispensaries were obliged to grow at least 70% of the cannabis they sold, and cultivators had to retail at least 70% of what they grew. The idea was to make it easier to keep track of the drugs—"from seed to sale", as the state government puts it—and avoid creating excess supply, which could feed the black market. But one consequence is that firms have been unable to specialise. Some companies are good at farming but not at selling; others have nice storefronts but lower-quality products. No company has grown as fast as it might have, were it able to focus on one thing.

Cannabis businesses have been financially hamstrung, too. Getting a bank account is difficult, since even local banks must obey regulations laid down at the federal level, at which cannabis is still outlawed. About one-third of the industry is completely unbanked, according to Mr Elliott. Last month hundreds of bank machines inside cannabis dispensaries in the legalised states were unplugged, after the South Dakota-based bank that ran them got cold feet about its legal position. Banks are unwilling to offer loans to businesses that could, in theory, be shut down at any moment by the Feds. Equity financing is tricky too, since both Colorado and Washington have imposed residency requirements on the owners of marijuana businesses—including anyone with an equity stake.

… It may not be long before these obstacles fall. Even without inspiration from a drag of Bio-Jesus, it is not hard to imagine a future in which the federal ban is eased, now that voters in so many states have backed liberalisation. The innovative pot entrepreneurs in places like Denver would welcome that. But should they? If and when the federal ban is dropped, it will not just allow them to expand. It will decontaminate the product's image, clearing the way, in time, for other firms to risk their reputations in the market. As happened with alcohol after the end of Prohibition, and has also happened with tobacco, the pot industry would probably come to be dominated by a few giant corporations.

You see? This is the prognostication. "The pot industry [will] probably come to be dominated by a few giant corporations.

This is presented in The Economist article as if it were a hypothetical possibility. But as we have already seen, the momentum to legalize cannabis is picking up throughout the US and overseas as well.

We've long predicted that the cannabis meme is part of an international determination to first legalize and then regulate cannabis. The third logical evolution will be consolidation, which is what this Economist article is predicting.

The Economist article argues that it has identified the multinationals that are best positioned to benefit from an industry consolidation. These are, in fact, the cigarette companies that have managed to survive the onslaught of anti-tobacco publicity and regulations.

According to The Economist, in 1969 a Philip Morris executive asked the Justice Department for marijuana to be used for testing purposes. And in 1970, British American Tobacco created a plan for a "cannabis-loaded cigarette." The Economist concludes, "It may well be that the executives best placed to make a mint from marijuana, once it is fully legal across America, are the Marlboro men themselves."

This is a logical conclusion, but perhaps it does not go far enough regarding the future of the market. These large concerns will not merely be buying up smaller entities wholesale: They will be picking and choosing what to purchase.

And it may well be that the most tempting targets are not the efforts currently under cultivation but other growers and products not yet on the market. These may include "cannabis plantations" that will spring up south of the border as cannabis is legalized throughout Latin America.

The Economist article has indeed extrapolated on a trend, as we did many months ago, but now that the market is expanding and changing there is more to consider. Those investors that want to be in the front lines when it comes to potential cash-out options will want to begin to examine the most promising products and services.

Here at High Alert we've been at the forefront of cannabis analysis and its promise as a growing industry. It could be that the alternative media is better suited for this kind of analysis because of a history of "thinking outside the box."

We'll continue to try to do so. You should, too.