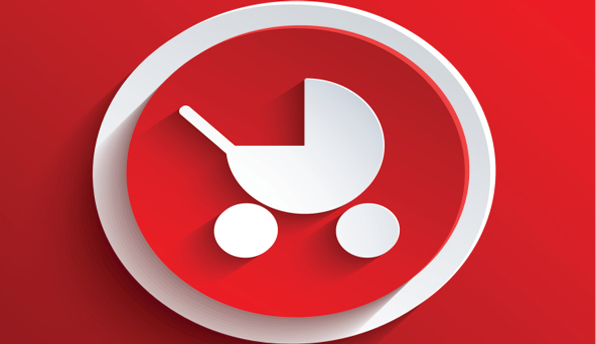 Cannabis / Marijuana, STAFF NEWS & ANALYSIS
Marijuana and the Nanny State – A Predictable Paradigm That Could Be Good for Investors
By Staff News & Analysis - April 21, 2014

Reefer Madness, and Reason … Marijuana has now been legalized or decriminalized in 17 states and the District of Columbia, with Maryland joining the list just last week. Not to harsh anyone's mellow, but it may be an appropriate time (and day) to bring back another useful verb to associate with marijuana use: stigmatize. The drive toward legitimization will be hard to stop. Most Americans favor it, and ballot measures to loosen rules on marijuana use could come to a vote this year in at least five states. Twenty-one states already allow marijuana for medical use. – Bloomberg

Dominant Social Theme: Marijuana may be legal but it remains unhealthy.

Free-Market Analysis: This article is noteworthy because it endorses what we've been arguing these past months, that "legitimization" of marijuana is inevitable because globalist forces have gotten behind it.

Now, as it is in any orchestrated composition, we are starting to notice other themes interwoven with the main one. The most pervasive one seems to be that marijuana may be many things to many people, but it is not always healthy and may be quite hurtful to "young brains."

We can remember a time when marijuana was in copious supply among those with young brains and perhaps there was "damage" but somehow society survived.

Bloomberg, however, wants us to be concerned, very concerned. Here's more:

What's unhealthy about this trend is that it coincides with a declining awareness of marijuana's dangers – especially among young people. Less than 40 percent of high school seniors think marijuana use poses a great risk, down from 55 percent in 2003.

Marijuana poses the greatest threat to the still-developing brains of teenagers. Steady use can bring lasting impairments in memory, intellectual functioning and emotion control. Marijuana use has been linked to depression, anxiety, even psychosis.

Smoking pot once a week or more appears to actually change the size and shape of certain brain regions in young people. Dependence is a special problem, not limited to adolescents but more prevalent among them: One in 6 teenagers become addicted to marijuana, according to the National Institute on Drug Abuse (the comparable figure for adults is 1 in 11).

With dependence comes every sort of social trouble: isolation, failure at school and work, often profound unhappiness. There are other effects, equally disturbing. Smoking pot is bad for the lungs. It slows reaction time (fatal car accidents involving drivers testing positive for marijuana tripled in the U.S. from 1999 to 2010). Pot use during pregnancy can harm the fetal brain, and there remain unanswered questions about how marijuana affects adult and geriatric brains.

When marijuana use was illegal, fears about these effects were circumscribed. Legalization both eliminates the possibility of penalty, encouraging many more people to try marijuana, and lowers the price, making it easier for everyday users to keep their habit going.

Both Colorado and Washington, the two states that have legalized marijuana for adults, have rules to keep minors away from it. Sales to them are punishable by steep fines and jail terms. Grownups aren't allowed to use marijuana in public view. And there are various limits on advertising.

The above points are certainly predictable, even if they are not correct. While cigarette consumption has gone down among youthful users, the use of e-cigarettes and cigars is actually up – and a good deal.

This actually makes sense since many of the ads used to discourage young people from smoking feature gruesome injuries and inevitable death from cancer and other diseases. Young people think they will live forever, of course, and thus the ads do not frighten teenagers so much as they reinforce a certain dramatic element.

In fact, one could argue that such campaigns provide cigarette companies with positive as well as negative messages. Now the same sorts of campaigns are going to be suggested for marijuana use. The whole public policy paradigm that has been developed for cigarettes is going to be uselessly grafted onto marijuana.

We already know the outcome. The state gets to pose as concerned parent, but when did politicians EVER reduce a revenue stream? A campaign will be rolled out enumerating the risks of marijuana and to begin with anyway, it will probably be responsible for a rise in usage – as children will naturally find it daring to utilize cannabis.

There are other positives – for some providers – that anti-marijuana public policy can fulfill. The more the airwaves are filled with the dangers of marijuana, the more the product will have to be regulated. The state will have to safeguard minors and will have to regulate sales and production generally.

High Alert, in making a decision to participate in the industry, understood this from the beginning. Like any other modern industry, the state will be ever-present as a silent partner and also as a benefactor of chosen providers.

Inevitably, rules, regulations and scare tactics will benefit the largest corporate manufacturers and distributors. That's one reason it pays to be "first-in" when it comes to these opportunities. Inevitably, the industry will consolidate and buy-outs may be preferable to trying to reconstruct the wheel, especially given the difficulties smaller players will no doubt face.

The new marijuana industry is going to grow quickly – as this article tends to confirm. At the same time, the usual dialectic will be employed by the mainstream media to make sure that the growth is constrained and channeled to certain major players.

All of this is typical of the way business gets done in the modern era. But those who have moved fast enough should benefit nonetheless, no matter what kinds of manipulations are aimed at the industry.

Grave concerns are going to be expressed about marijuana over the coming weeks and months. One can take them at face value, but one should keep in mind there are surely other agendas at work as well.