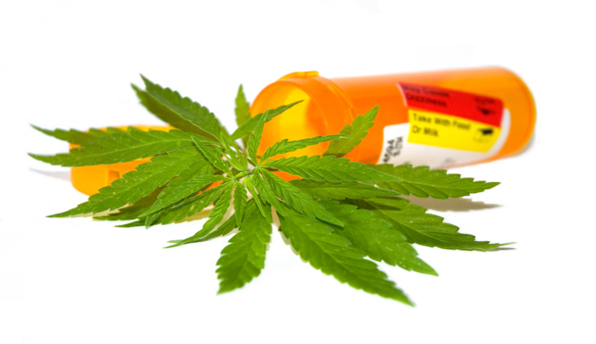 Dr. Sanjay Gupta, CNN's chief medical correspondent, says he was wrong to ignore marijuana's medical potential when he wrote an opinion piece in 2009 called "Why I would Vote No on Pot." Gupta filmed a documentary that aired on CNN on Sunday, August 11, and earlier this week wrote an editorial on CNN.com in which he admitted that the research for the movie changed his mind about the drug and its medicinal effects. – Yahoo

Dominant Social Theme: We were wrong about marijuana. We didn't study the issue closely enough.

Free-Market Analysis: Dr. Sanjay Gupta has apologized. Is it enough?

Seriously … how many marriages were broken up because people were incarcerated for smoking dried leaves? How many jobs were lost? How many children suffered? And how many people are STILL incarcerated in the US and around the world for the crime of ingesting the smoke of an herb?

We've brought up this subject before and not just from the standpoint of marijuana. How many people have lost fortunes, large and small, because of evident and obvious market manipulations sanctified or even initiated by the state itself?

How many retirees have had their "golden years" made into a misery by central bank policies that make any sort of interest on one's money almost impossible to obtain?

The "evidence" necessary to make war against Iraq proved to be falsified. The evidence supporting the 9/11 narrative is equally flimsy. And what about US Intel support for various wars in Northern Africa and the Middle East? Hell, what about illegal NSA spying around the world?

The larger the state, the more problematic its activities. What we call the Internet Reformation is rapidly undermining elite dominant social themes. Gupta is a significant medical gatekeeper, someone who rigorously maintains the orthodoxy of the Western medical establishment. For Gupta to reverse himself on the issue of marijuana is startling.

We simply don't know where these sorts of reversals will end or how destructive they will prove to be. Gradually, memes crumble away … even big ones having to do with central banking, the war on terror, global warming, judicial credibility, pharmaceutical medicine and military power.

The power elite has surely made the decision that marijuana use is to become rationalized. But how many reversals can society take before people begin to question its structure more deeply? Those at the very top of society seem to believe that the state has unlimited credibility and that the current undermining of state structures is not overwhelmingly worrisome.

Gupta himself doesn't seem to understand how significant his statement is. Read his nine points for yourself:

Here are Gupta's reasons for his change of stance:

1. Marijuana laws are not based on science. Gupta wrote: "Not because of sound science, but because of its absence, marijuana was classified as a schedule 1 substance" at the urging of Assistant Secretary of Health, Roger Egeberg in 1970.

2. Gupta notes that marijuana doesn't have a "high potential for abuse" and it doesn't lead people to use other drugs. "We now know that while estimates vary, marijuana leads to dependence in around 9 to 10% of its adult users." Cocaine, classified as a (less addictive) schedule 2 substance, hooks 20% of those who use it. Around 25% of heroin users and 30% of tobacco users become addicted.

3. In some medical cases, marijuana is "the only thing that works." Gupta met with one woman in Colorado who used marijuana to cut the number of seizures she had from 300-per-week to two or three per month.

4. It's safer than a lot of prescription drugs: Someone dies from a prescription drug overdose every 19 minutes in the United States, but Gupta could not find a single person who died from a marijuana overdose.

5. Other doctors believe in it: Seventy-six percent of physicians surveyed would prescribe marijuana to ease the pain of women suffering from breast cancer.

6. While quitting marijuana can produce some withdrawal symptoms, like insomnia, anxiety and nausea, it is still nowhere near as bad at drugs like heroin or cocaine, or even booze. "I have seen the withdrawal from alcohol, and it can be life threatening," Gupta said. Not so with marijuana.

7. Medicinal plants (including marijuana specifically) aren't a new idea: The medical and scientific communities have been studying medical marijuana since the 19th Century, and marijuana was actually used to treat neuropathic pain until 1943.

8. Only 6% of research on marijuana published in the last year analyzed benefits. The other 93% are designed primarily to investigate harm. "That imbalance paints a highly distorted picture," Gupta said.

9. The system is biased against research into medical marijuana's benefits. First, you have to get the marijuana for your study from one government-approved farm, and you have to get approval from the National Institute on Drug Abuse, which is tasked with studying and preventing drug abuse, not the medical benefits of drugs.

What Gupta presents above is astonishing. It is a reversal of almost everything that has been said or written about marijuana – and that he, of course, espoused.

He indicates clearly that the scientific presentation arrayed against marijuana was organized to provide a skewed view. In other words, there was no science – only an orchestration of a dominant social theme designed to give the APPEARANCE of science.

The statements that Gupta makes can be applied to any one of a number of issues. After a while, one begins to believe that science in the early 21st century is seemingly nothing more than a series of controlled promotions. Perhaps it was ever thus, but once again, the Internet helps us see these issues more clearly.

We expect that there will be more "Guptas." It should be obvious by now that marijuana legalization is being orchestrated on an international level – and this provides plenty of investment opportunities, as High Alert has discovered. But the cynicism with which its criminalization has been reversed may have a lasting impact.