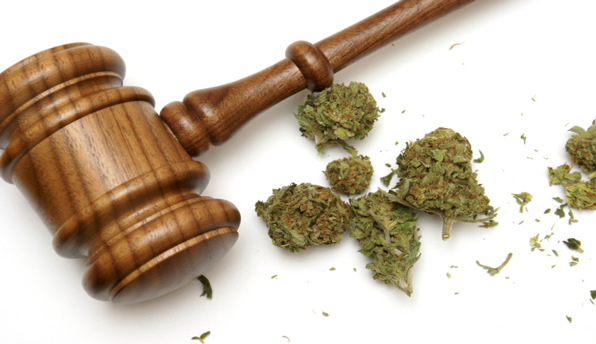 I recently had the opportunity to meet with Jim Pattison, one of Canada's most powerful and influential business people. While sitting in his office overlooking Burrard Inlet and the mountains of Vancouver, Mr. Pattison asked me a most timely and intriguing question. "President Fox, I have read recently that you are in favour of the legalization of marijuana. Is that true? … With Justin Bieber making headlines worldwide, I believe it's a timely issue. The question essentially revolves around the issue of freedom of choice versus prohibition. How much money will be needlessly spent prosecuting and defending a young pop star when that same amount could be used in much more productive ways for the betterment of our societies if regulated consumption of drugs was legalized? – Globe and Mail/Vincente Fox

Dominant Social Theme: Gee, wouldn't it be nice if marijuana was legalized around the world?

Free-Market Analysis: Our point regarding the first steps toward global marijuana legislation is that it has already been decided.

The legalization of marijuana has quickly escalated to the level of a full-fledged dominant social theme. In other words, for various reasons, the power elite has decided on its decriminalization and then its legalization.

This is unfolding all over the world, as if a switch had been pulled. And indeed, presumably one has. We are supposed to believe, of course, that any coordination of this sort is coincidental – but to some degree those involved in the promotion of this meme seem to be going out of their way to emphasize the coordination, or at least not to disguise.

Perhaps they don't care anymore, for what we call the Internet Reformation has thoroughly exposed their modus operandi. Or perhaps the idea is to make it increasingly clear that the fundaments of world control are indeed concentrated in the hands of a few.

Legalization of not just marijuana, but all drugs, is the right thing to do. Each person should be free to decide what's best for himself or herself. We are all created equal and free. If we are created in such freedom, then we must be given the very freedom to decide our own behaviour and to act responsibly, as long as we do not detrimentally affect the rights of others.

Prohibition does not work, and this was proven even at the most sacrosanct moment: in the Garden of Eden. God prohibited Adam and Eve from eating the apple, and yet they ate the apple and created sin.

… If we were to adopt a policy of sound regulation in conjunction with the decriminalization of drugs, then we would have the money (through fees and taxes) to operate education and regulatory initiatives – as opposed to all of the money from the drug trade being controlled by the drug cartels and the criminals who run them.

… Public opinion in favour of legalization considerably outweighs approval of government prohibitionist policies. The trend is well established, and like many other prohibitions, this one must eventually give way to freedom of choice exercised in an educated, responsible manner.

A solid majority of people in the United States and Canada, partners with Mexico in a massive free-trade market, are in favour of legalizing marijuana not only for medical purposes, but also for responsible use. The time has come for the governments of our countries, and for governments worldwide, to act and to govern as was envisioned by the great president Abraham Lincoln: "that this nation, under God, shall have a new birth of freedom – and that government of the people, by the people, for the people, shall not perish from the Earth."

When this monumental change takes place, it will provide for a better world, including our three countries.

You know, we've been writing about reasons for the decriminalization of marijuana, but here is the biggest reason yet, apparently. The decriminalization and eventual legalization is to take place under the auspices of THREE separate countries. This is what Vincente Fox is proposing and perhaps this is what's going to happen.

The legalization will be used, at least in part, to create further credibility for the North American Union.

And it is very clever. Marshall committed anti-prohibitionists in all three countries and provide a legislative framework to make marijuana and even other drugs legal, and you may have "sidelined" a libertarian constituency that is apt to be most critical of the NAU.

But it gets even more Machiavellian. Only by polarizing the argument can the elites hope to control the outcome of this great debate. They will use, as always, the tools of the Hegelian dialectic: thesis, antithesis and synthesis.

And so we find dissenting voices already being raised. Here's an article just published in Forbes:

Washington House Overwhelmingly Approves Ban On Medical Marijuana Dispensaries … Last night the Washington House of Representatives approved a bill that would abolish medical marijuana dispensaries, a.k.a. "collective gardens," and impose new restrictions on patients who use cannabis for symptom relief. H.B. 2149, which passed by a vote of 67 to 29, would thereby eliminate some of the unregulated competition for the state-licensed pot stores that are expected to start opening this summer under I-502, the legalization initiative that Washington voters approved in November 2012.

Supporters of the bill, which was introduced by Rep. Eileen Cody (D-West Seattle), hope that banning dispensaries will help maximize tax revenue and mollify the feds. The bill requires patients to buy their cannabis from the same stores that serve recreational customers, which would be the only legal sellers of medical marijuana as of May 1, 2015, when the provision allowing collective gardens would be repealed.

… Currently there is no central record of qualified patients. Patients with doctor's recommendations have an affirmative defense against marijuana charges, meaning they can still be arrested, although not convicted. H.B. 2149 would eliminate that affirmative defense, effectively requiring qualified patients to register with the state if they want to be recognized as such.

The critical statement in the above is this: "[The legislation] would thereby eliminate some of the unregulated competition for the state-licensed pot stores that are expected to start opening this summer."

What's going on here is along the lines of what we mentioned recently. In an editorial entitled "Marijuana: How We Will Seize Our Opportunity – and Yours," Anthony Wile wrote: "Eventually, I am certain, laws mandating marijuana's use merely as a medicinal tool will be dissolved as well. It will be legalized for pleasure as well as for pain."

You see? These predictions are not so hard to make once you understand how dominant social themes operate. The power creates an opportunity and then gradually consolidates. This is a market that will exist tomorrow as well as today; but already the consolidation begins. First comes the short-term euphoria, and then comes the licensing.

Marijuana will be legalized not just in the West but around the world. It will also increasingly be licensed and regulated. Gradually, the smaller players will be squeezed out. But the larger players, who can stick in and grow globally while the game evolves, may reap rich rewards, indeed.

You can be sure smart entrepreneurs are considering ways that they may do this. We are.