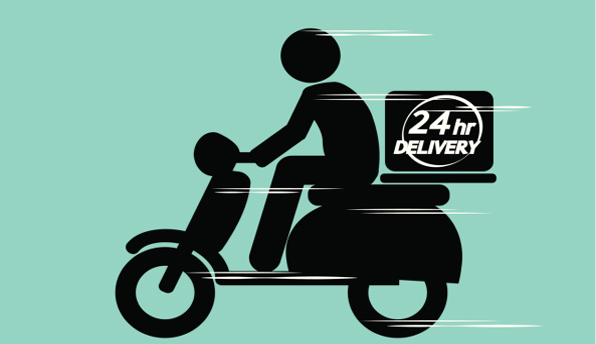 Why pot is the new pizza … Dope to your door … EVAN COX used to deliver pizza. But 18 months ago, as he was running out of money at college in Seattle, he had a new business idea. The state of Washington was in the process of legalising the sale of marijuana, but he guessed it would take time for pot shops to open. So he set up Winterlife, a marijuana-delivery service. Delivering dope is like delivering pizza, but easier. "You don't need to keep your product warm, so you don't need to return to base nearly as often," says Mr Cox. "Your customers can peruse your menu but choose from your actual available selection at the time of arrival." (And order a real pizza if they get the munchies afterwards.) Winterlife generates $1m a month, he says, and employs 50 people. – The Economist

Dominant Social Theme: The business possibilities provided by cannabis decriminalization are many. It's a good thing.

Free-Market Analysis: It's happening throughout the US: Entrepreneurs are finding niches to exploit the coming marijuana legalization. There are an increasing number of media reports about various ventures.

This article mentions two of them. The first is a company that delivers marijuana; the second is a firm that has started a business magazine about cannabis.

Both are good ideas and probably will be successful at least in the short term. Also, they are doubtless only examples of a much larger trend. When a business opportunity as large as marijuana opens up, smart businesspeople will jump in with numerous creative ideas.

Here's more from the article above:

Mr Cox operates at the edge of the law. Although it is legal to buy marijuana in Washington state, the person who delivers it could be guilty of a felony. That hasn't stopped Winterlife from attracting competitors. Mr Cox has registered as a business with the city and state, but he cannot open a bank account, thanks to federal rules.

In April, he paid $167,000 in sales tax to the Washington State Department of Revenue—in cash. Dope-delivery services are also popular in states with stricter laws. In New York, dealing is banned but possession has been decriminalised.

More than a dozen illegal delivery services now serve tokers in Manhattan and Brooklyn. Anyone with a recommendation from an existing client can call a number and wait an hour or so for a clean-cut young man to show up, probably on a bike, with a backpack of different varieties.

The messengers sell only marijuana and carry less than 25g, which makes them liable for a fine if stopped, not a misdemeanor charge. Police know about their operations but ignore them. A typical 2.5g package costs $50 or more. This is much pricier than street dope, but you are less likely to be mugged. Affluent tokers are happy to pay more for safety and convenience.

Of course, delivering marijuana makes a lot of sense as a business. But it is low-threshold business in the sense that it does not take a lot of resources or knowhow to establish it. A slightly more difficult business to establish is one that involves publishing. Just such a venture has been created by a Seattle-based media firm.

The Puget Sound Business Journal reports on it as follows:

Marijuana Venture, a business-to-business magazine published in Renton, has seen a significant increase in the number of advertisers.

The first issue came out in March and was eight pages with one advertiser. The June issue is 48 pages with about two dozen ads. "It's taking off like crazy," said publisher Greg James. "I figure there could be as much as three times the advertising."

Marijuana Venture is not like High Times or Skunk, which James characterizes as "stoner magazines." Instead, it's a business-to-business magazine and website with articles about standards for the new legal weed industry, lab testing of cannabis and tips for growing cannabis. Interspersed among stories are the ads from myriad businesses.

One company is selling child-resistant packaging. Another offers electrical equipment for indoor grow operations. A security company and insurance agency have half-page ads in the latest issue, and a company that designs and builds greenhouses took out a full-page ad. Other advertisers include lawyers, business parks that are offering space for processing pot and a supply-chain management company.

The volume and variety of advertisers give a good glimpse into how many businesses will be touched by the legalization of recreational marijuana, which voters in Colorado and Washington approved in 2012. James compares legal marijuana to the Klondike Gold Rush. "It wasn't the miners that made all the money," he said. "It was the people that sold the picks and shovels."

James is correct about this and no doubt he will realize success as his magazine expands. When it comes to publishing, "first-in" is often a significant advantage.

Which brings us to the larger point of this article that has to do with the economic vitality generated by cannabis legalization. To witness the explosion of business and the excitement of entrepreneurs is to see more fully how many opportunities are denied in a business environment that is highly regulated on numerous fronts.

When it comes to so-called victimless crimes, people can have varying opinions. But in fact, most things that people do most of the time don't inconvenience others nearly as much as the mainstream media likes to suggest.

You can see an article on that here:

Victimless crimes are popular because they provide an almost limitless reservoir of law-enforcement opportunities. But one only has to look at the sterile neighborhoods created by zoning to understand that the ramifications of such regulation are destructive from a societal as well as economic standpoint.

When one examines the cannabis opportunity more closely and sees the businesses that are evolving around the sudden legalization of marijuana, one is both excited and repelled.

For some – such as ourselves – it is the waste of human potential that comes through most clearly. The families deprived for years of mothers and fathers because of the criminalization of marijuana. And the business and entrepreneurial opportunities that have lain fallow because criminalization was the preferred option.

What is just as disturbing is that this state of affairs applies not just to marijuana but to numerous other activities from gambling to prostitution to "recreational drugs" – and much more.

Marijuana decriminalization is a first step, but it would be nice to live in a world where the political environment was less punitive and business opportunities more prevalent. The current manipulation of people and products is, well … disgusting.