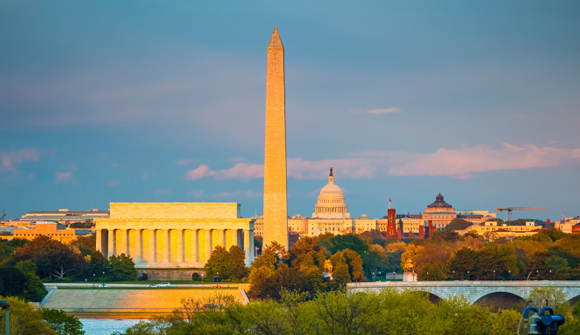 With focus elsewhere, GOP Congress shows little interest in blocking pot legalization in D.C. … Looming over the District's historic decision this month to legalize marijuana has been another mandate that voters delivered on Election Day: A Republican majority on Capitol Hill with the power to interfere with the measure when it goes to Congress for review. But congressional Republicans appear to have other things on their minds. "To be honest, that's pretty far down my list of priorities," said Sen. Lindsey O. Graham (R-S.C.), who was maneuvering late last week to force a vote on U.S.-Iran nuclear talks. – Washington Post

Dominant Social Theme: Cannabis, what good is it?

Free-Market Analysis: Once again we have a lengthy article on the probability of legalization of cannabis in an important US region, in this case the District of Colombia.

And where is the article appearing? In the establishment's favorite political newspaper, the Washington Post.

And we're not surprised. We've repeated our analysis of cannabis decriminalization and legalization numerous times but honestly, we were the first to predict what's going on and it is no little thing …

The "establishment," including powerful internationalists, have obviously made a decision to create a legal cannabis industry in the 21 century. This Washington Post article is just further confirmation, as if any was needed at this point. Here's more:

Republicans also are focused on making good on promises for early battles with President Obama on immigration and to dismantle the Affordable Care Act. In all, in the first days of Congress's return to Capitol Hill since the election, there appeared to be little to no appetite for Republicans to pile on the vexing issue of marijuana legalization.

In fact, Republican congressional leaders may keep marijuana off their plate in the new year by design, said Cully Stimson, a senior legal fellow who tracks the issue for the conservative Heritage Foundation.

Nationwide, 23 states allow sales of marijuana for medical purposes; lawmakers in 18 states have stripped away jail time for possession, and four states, including red Alaska, have gone as far as to legalize pot.

Gaining consensus among Republicans to upend a similar law in the District, Cully said, could force party leaders to spend political capital that they would like to use elsewhere.

… "The preferred option may just be to not divide the Republican caucus on a divisive issue," Stimson said. "Democrats and pro-pot advocates will work to cleave off libertarian-leaning Republicans. I could see [House Speaker John A.] Boehner . . . or [soon-to-be Senate majority leader] Mitch McConnell saying, 'We're just not going to bring it up.' I could see it playing out that way politically."

This last paragraph probably enunciates the probability of the Republican position going forward. The libertarian wing of the Republican Party is fairly significant these days (thanks to the Internet) and probably conservatives are not apt to challenge the rising libertarian tide on this particular issue. The next big battle will revolve around national security issues, not pot.

Cannabis decriminalization and legalization is advancing across the country (and around the world). The Post article provides us a summary of recent activity:

"Voters in Oregon, Alaska and the District of Columbia voted to legalize marijuana in this year's midterm elections. They'll join Colorado and Washington, which did so in 2012."

What of the activity in DC? Almost 7 in 10 D.C. voters backed Initiative 71, the Post reports. "The ballot measure that passed Nov. 4 legalizes possession of up to two ounces of marijuana in the nation's capital. It also allows city residents to grow up to three mature plants at home."

There are further hurdles before this initiative becomes law but according to the Post the chances of success are fairly robust.

According to the article, libertarian-oriented Rep. Dana Rohrabacher (R-Calif.) used the initiative to present a larger commentary on cannabis legalization. At a Capitol Hill news conference, "flanked by lawmakers from Oregon and Colorado, where voters have also legalized pot," Rohrabacher claimed, "The American people are shifting on this issue."

"To my fellow Republicans, this is going to help you politically," Rohrabacher said. "If I can't appeal to you on your philosophical nature, come on over for just raw politics — the numbers are going this way now."

Indeed so, as we have long predicted. However, we would suggest that they provide a kind of rhetorical cover for what is really going on – which is that cannabis legalization is being conducted as a result of larger, internationalist strategic considerations.

Nonetheless, the very largest picture is the most important one. Cannabis is being legalized around the world and the industry that will result will surely be significantly profitable in both the short- and long-term.

Marry this legalization to a continued equity surge worldwide and you have a prescription for enormous appreciation for properly positioned portfolios.

All this may be anti-competitive, manipulative and otherwise uncomfortable but, boy, that doesn't mitigate the reality.