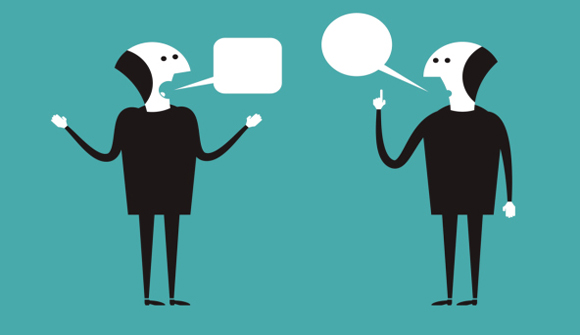 Jeb Bush is a hypocrite about marijuana, Rand Paul says … Sen. Rand Paul, R-Kentucky, accused Jeb Bush of "hypocrisy" Friday after a report in the Boston Globe chronicled Bush's marijuana use during high school. Bush, a former Florida governor and potential 2016 presidential candidate, opposes the use of marijuana for medical or recreational purposes. "This is a guy who now admits he smoked marijuana but he wants to put people in jail who do," Paul, who's also mulling a presidential bid, said during an interview with The Hill newspaper. "You would think he'd have a little more understanding, then." – CBS News

Dominant Social Theme: Cannabis is being legalized and we should be comfortable talking about it.

Free-Market Analysis: Despite both a US and global movement toward legalizing cannabis, or at least decriminalizing medical cannabis, there hasn't been a lot of personalized political conversation.

Yet it is often such anecdotal conversations that help create a dialectic to begin with. This article provides us with an example of how it happens – and is thus a report worth noting.

It is important the way any original creation is important. We can see the formation and thus understand the process a good deal better.

Regulatory democracies need to have these sorts of conversations because they help people sort out where they stand on various issues.

The dialectic distracts people from wondering about larger questions such as why government has the right to ban substances at all, especially natural ones. And since such conversations are not historical, people are less apt to investigate the history of past prohibitions and their almost inevitable failures.

In the Globe's report, Bush acknowledged some experimentation with the drug during his time at Phillips Academy in Andover, an elite private boarding school in Massachusetts.

"I drank alcohol and I smoked marijuana when I was at Andover," Bush told the paper. "It was pretty common."

One former classmate recalled the first time he "really got stoned" in Bush's room at the academy: "He had a portable stereo with removable speakers. He put on Steppenwolf for me." Another described Bush as a "toker."

The Globe reported that several classmates said Bush, "with his taste for marijuana and his skill at tennis, straddled the line between jock and freak."

As he aged and entered public life, though, Bush's views evolved. He's called his youthful experimentation with the drug "stupid" and "wrong," and he's opposed efforts to weaken marijuana laws. During the 2014 midterms, he issued a statement opposing an amendment in Florida that would have approved medical marijuana in the state.

"I think that's the real hypocrisy, is that people on our side, which include a lot of people, who made mistakes growing up, admit their mistakes but now still want to put people in jail for that," Paul told the Hill. "Had [Bush] been caught at Andover, he'd have never been governor, he'd probably never have a chance to run for the presidency."

The dialectic here is building cleverly. One is sucked into the argumentation emotionally. Bush, we learn was a terrific athlete but also a "toker" who played Steppenwolf. Since many people, especially older ones, have their own memories of the era when Bush was growing up, there is a certain level of emotional connection that such conversation evokes.

This is the larger usefulness of the dialectic. Once the conversation is normalized it can be more easily directed.

Paul continued, "I think in politics the biggest thing, the thing that voters from any part of the spectrum hate worse than anything is hypocrisy. And hypocrisy is, 'Hey I did it and it's okay for me because I was rich and at an elite school …"

The promotion – the meme – must be regularized and humanized. That's where the dialectic comes in. By forcing people to take sides and place themselves somewhere along the arc of the argument, they lose their objectivity. They become so familiar that they take the meme for granted and cease to evaluate it critically.

This is how even "torture" can become part of a political discussion about which people can have a variety of views. Once the dialectic is established people will feel freer to examine the nuances of the argument. Thus it is with cannabis.

As the political dialectic expands, the conversation about cannabis's legality will become an increasingly familiar one. People will take sides and create opinions, well informed or not. Most importantly, people will become used to thinking of cannabis within the context of legality rather than illegality. This is how society is shaped and its issues reshaped. With enough resources and media control almost anything can be made palatable.

When it comes to cannabis, the expansion of the dialectic is quite important because it shows us once again that the cannabis trend is no aberration. The debate is being normalized. No longer will the idea of legalization seem foreign or "odd."

Cannabis legalization will continue and expand. The evolving dialectic as presented by Rand and Jeb tells us so.

At High Alert we began watching this rapidly evolving trend long ago and our Cannabis Trend Tracker correlates the material we've published on the topic here at The Daily Bell as well as informative and often quite entertaining videos gathered from around the web. Recently, as we noted last week, we completed our due diligence on one company we think is strategically positioned to profit from this sector. Learn more here.