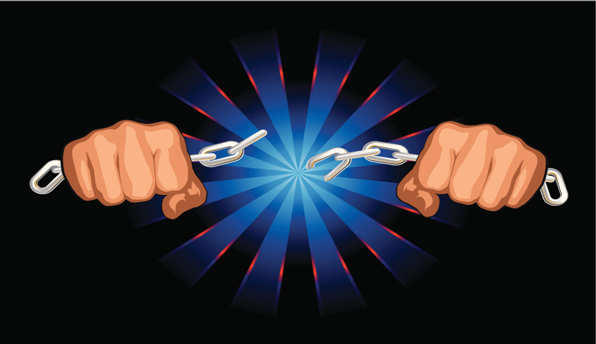 Another big-name TV doc — Dr. Oz — backs medical marijuana … Dr. Mehmet Oz, a cardiac surgeon and host of The Dr. Oz Show, says medical marijuana is a good idea … though widespread recreational use is still a bad idea. He's just the latest high-profile doctor to announce his change of heart. The TV-doc announced his about-face on the Larry King Show: "I grew up like most of my generation believing that marijuana was something Satan was throwing at Americans and a communist plot. But I think most of us have come around to the belief that marijuana is hugely beneficial when used correctly for medicinal purposes." – Seattle PI

Dominant Social Theme: Okay, cannabis is maybe not so bad as it's been made out to be …

Free-Market Analysis: This "article" includes a slide show that presents 25 public figures in various stages of climb-down regarding marijuana. The names include everyone from John McCain to Pete Holmes, the attorney for the City of Seattle.

It's quite startling to read what people have to say, and discouraging as well. Libertarians have been leading the charge against the "drug war" for decades but now it turns out that virtually everyone else is against it, too. Of course, some of these people were not willing to speak out when users were being thrown into jail for years, even decades.

And perhaps the most discouraging aspect of these sudden conversions has to do with high-profile "medical celebrities." Presumably, doctors should be above the fray when it comes to the hurly-burly of popular opinion. But in the past months, we've seen prominent medical spokespeople with big television programs suddenly speaking up positively about cannabis, especially medical marijuana.

The latest to do so is Dr. Oz. But there are others:

CNN's chief medical correspondent Sanjay Gupta has had a change of mind about marijuana in 2013. ''We have been terribly and systematically misled for nearly 70 years in the United States, and I apologize for my own role in that,'' he said.

Actors and politicians, too:

Sen. John McCain (R-AZ) recently said that maybe marijuana should be legalized, according to Tim Steller, a columnist for the Arizona Daily Star. He said McCain announced at a town hall that he would "respect the will of the people."

Actor Morgan Freeman in an interview with Newsweek said: ''Marijuana! Heavens, oh yeah. It's just the stupidest law possible, given history. You don't stop people from doing what they want to do, so forget about making it unlawful. You're just making criminals out of people who aren't engaged in criminal activity. And we're spending zillions of dollars trying to fight a war we can't win! We could make zillions, just legalize it and tax it like we do liquor. It's stupid.''

Too bad some of these people didn't speak out in such a high-profile way years ago.

We've already pointed out that this sort of mass conversion is fairly detrimental to social mores and the perception of state justice. So many lives have been blighted by prosecution of people who have set bits of dried plants aflame that current reversals of policy are bound to seem cynical.

The building blocks of Western society – judicial, military, economic, political … and, of course, medical – are under fire as never before in this Internet Era. And high profile recantations involving cannabis are sure to exacerbate alienation.

But as we have pointed out previously, probably worse is to come. It seems the groundwork is being laid to entirely overturn the so-called "War on Drugs" in favor of something called Harm Reduction. We wrote about that here:

The idea here is to try to minimize the effects of drug abuse on people via treatment and other supportive practices rather than to incarcerate them.

This would actually be a big step forward, but there is a catch. Here's how the Canadian Broadcasting Corporation described what's going to happen, in an article entitled "War on drugs a global failure, London School of Economics says."

"For too long, they overemphasized a sort of failed policy approach of prohibition and a failed policy of criminalization of people who use drugs," he says …

"Implementing a public health approach globally," he says, "you would see a shift in resources, a shift in outcomes and fewer people incarcerated, fewer criminalized and you would see a much more positive outcome."

The LSE report is a primer to the conversation on global drug reform policy for the United Nations General Assembly Special Session on Drugs 2016, the main policy making arm of the UN.

As we've pointed out before, this last statement is a most important one. The War on Drugs is not merely being downplayed, from what we can tell; it's being swapped out for increased UN participation around the world. The kickoff to the increased busybody-ism is to be the UN General Assembly Special Session on Drugs that is to be attended by representatives of countries around the world.

The 2016 UNGASS is set to be held at the UN Headquarters in New York, United States. Although UNGASS is three years away, there are a number of key events that can be used to feed into the debates. These include:

* The negotiation and adoption of the Omnibus Resolution (an annual summary statement on drugs issues) in October/November 2013 which may set the timeline for the Modalities Resolution.

* The adoption of the Modalities Resolution in New York in either 2014 or 2015, which will outline the process for the proceedings at the 2016 UNGASS, delineating civil society participation, member states' participation, what (if any) the outcome of UNGASS will be, and what the negotiation process will be. The resolution is usually passed in the autumn prior to an UNGASS, but Guatemala is pushing for its passage in the autumn of 2014 instead.

* The Hemispheric Review of the Organisation of American States, to be held in 2014, which may result in a strategy to be submitted to the General Assembly.

* The Millennium Development Goals (MDGs) review, New York, September 2015, which may be used as an opportunity to promote drug policy reform.

ChannelingReality.com has some cogent observations about the UN's Millennium Development program as follows:

United Nations Millennium Development Goals (MDGs) emphasize ever increasing partnerships of the United Nations with Civil Society Organizations, (CSOs), including with the private sector and with other international organizations. Unelected boards, councils and commissions are "soviets". The soviets are given regional jurisdictions – overriding elected, representative government to implement the communist agenda for the Union of Soviet Socialist American States – aka North American Union.

Apparently, we are in the midst of a historical judicial reversal (regarding drugs) that is noteworthy not only for its subterranean but breathtaking ambition but also for the vastness of its cynicism. If our perception is correct, a century's worth of human tragedy is about to be overturned not because of the scope of its human horror but because global elites want to expand the influence of the United Nations and need a "global problem" to justify a global solution.

So eager are those behind these programs to pursue UN involvement in a "kinder and gentler" approach to Western drug policies that they have arranged to move up the UNGASS session from 2021 to 2016. And Guatemala (as we can see from the UNGASS timeline above) is "pushing for passage" of certain regulatory statutes in 2014.

It is possible, if not probable, that the war on drugs – with all its ruin – is dying a well-deserved death. Out of its demise will come a vibrant entrepreneurial industry focused – at least for now – on cannabis. But, please recall, the power elite is not in the business of adjusting judicial and medical malpractice simply to right what has gone wrong.

There is likely a much broader and more devious agenda at work.