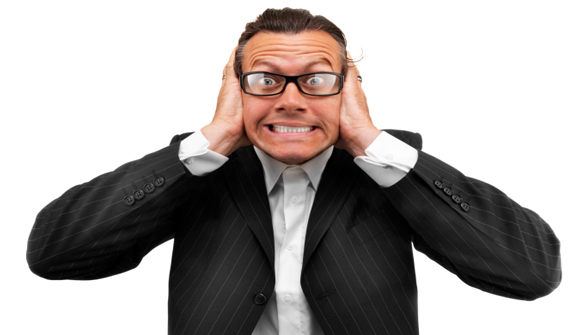 A software update scheduled for release in about three months would give Model S Tesla sedans the ability to start driving themselves, which the company refers to as autopilot mode … For many drivers who commute long distances, the prospect of owning a self-driving car – where a driver takes his hands off the wheel and feet off the gas – has been an elusive dream. – New York Times

Dominant Social Theme: Soon Tesla's sporty electric cars will come with an option that allows you not to drive them.

Free-Market Analysis: We just covered Elon Musk's latest statements regarding self-driving cars and his prediction that in the not-too-distant future driving would be banned. Cars would drive themselves without human input.

See here: Tesla's Musk Continues to Restyle Himself as a Tech Visionary. But Why?

In this just published Times article, Musk repeats himself at length and elaborates. It is ironic, as we recently pointed out, that a man who has devoted a chunk of his adult life to building wonderfully drivable vehicles is moving to disallow driver control.

Musk's vehicles offer a kind of driving excitement. This is one reason people buy them. They buy this sort of car because they want to DRIVE it. Musk persists in moving in the opposite direction.

Elon Musk, chief executive of Tesla, announced that the maker of high-end electric cars would introduce autonomous technology by this summer. The technology would allow drivers to have their cars take control on what he called "major roads" like highways.

Mr. Musk said that a software update — not a repair performed by a mechanic — would give Tesla's Model S sedans the ability to start driving themselves, at least part of the time, in a hands-free mode that the company refers to as autopilot.

But some industry experts said serious questions remain about whether such autonomous driving is actually legal and are skeptical that Model S owners who try to use autopilot would not run afoul of current regulations.

The article treats Musk's latest brainstorm respectfully, even positively. But it does point out that even from a regulatory standpoint – let alone a technical one – the difficulty of introducing what Musk has in mind is formidable.

It quotes Karl Brauer, an analyst with Kelley Blue Book, as saying that the few states that had passed laws legalizing autonomous vehicles had done so for purposes of facilitating testing and not to accommodate actual driverless cars.

Additionally, there are already auto facilities such as "cruise control" that give the driver some relief from the tedium of the driving experience – if the driver thinks of it that way. There are certainly drivers who wish to remain in control.

Presumably the difference between cruise control and a fully autonomous vehicle is that the driver can take his or her hands off the wheel.

Then there is the question of legal liability in case of an accident. Carl Tobias, a law professor at the University of Richmond, asks, "If it's fully autonomous, who's responsible if there's a mistake?"

Each of these critics commented that the evolution of driverless driving would probably be measured in years not months as Musk seems to think.

Is Musk a cockeyed optimist or is there more to his pronouncements? In our previous article, we suggested that Musk was now being driven by a personal agenda. He is making wild pronouncements on everything from cars to space travel to try to cement his public image as some sort of tech-visionary.

But in this latest article, Musk simply comes across as kind of unhinged, promising things he simply cannot deliver within his stated timeline and continuing to work at cross-purposes when it comes to the reasons that people purchase sporty cars in the first place.

Musk also revealed ways that he was going to reduce driver "range anxiety" – another long-promised solution. It turns out his solution is a software package that will help the driver discover electrical charging stations in a given area. But wait a minute … if there are no stations within a reasonable distance, all the software in the world will not help with the recharging process.

In our previous article, we pointed out that Tesla seemed to be in big trouble financially. It is a testament to Musk's continued clout with the mainstream media that the Times devoted so much ink to Musk despite his troubles and increasingly unconvincing predictions.

This Times profile further convinces us that Musk's car company is treading on unstable ground. For better and more sensible investment alternatives to what Musk offers, we suggested last time that readers consider some of the ideas you can find within these pages. We pointed out readers could see them here.