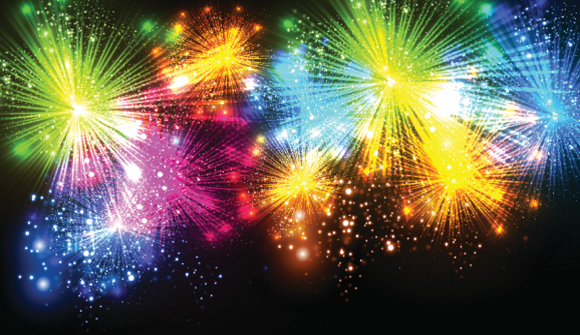 Dominant Social Theme: This is an unstoppable market that indicates the strength of the US economy and its industrial base.

Free-Market Analysis: You would think that this market would already have foundered. The US recovery is suspect. Government price inflation numbers and employment numbers are unreliable at best.

Most importantly, this stock market boom has been going on since late 2009. That's around five years, which makes this "rally" an old one by any modern day standards.

Nonetheless, US markets rally on. The latest meme to emerge regarding this unusual performance is that the market just broke into higher-highs – and thus the past four-plus years of growth don't matter.

It's a new market, you see. You have to calculate its movement from a base of new highs not from the bottom.

Perhaps so. Certainly the markets are robust these days in the US and to a lesser extent in Europe and Japan.

The stock market will close early on Wednesday and will be closed Thursday for Christmas. The Dow's crossing of 18000 is the latest milestone in the nearly six-year bull market. The move to 18000 was the fifth-quickest 1000-point rise for the blue-chip index. It has been 119 trading days since the blue chips broke 17000.

The fastest 1000-point rise was in 1999, when the Dow jumped to 11000 in just 24 trading days. Many investors believe the rally has more room to run. "We're not at the end yet," said Andrew Slimmon, who oversees about $4.2 billion as managing director of Morgan Stanley Wealth Management's Global Investment Solutions. He said valuations aren't yet too expensive, even though they're above long-term averages.

The S&P 500 is trading at 16.5 times forward earnings, higher than the 10-year average of 13.9. Adding to his positive view is the fact that investors remain cautious on stocks, as opposed to the high levels of enthusiasm often associated with a market top. U.S. stocks have pushed higher in 2014 with help from a robust U.S. economy, healthier-than-expected corporate earnings and expectations that the Federal Reserve will continue to take a go-slow approach to raising interest rates.

The latest leg higher in the stock market was sparked by the Fed's most recent policy-setting meeting, in which officials signaled they would be patient with any rate increase, which is expected in the second half of next year. Investors have also gravitated toward U.S. stocks amid a slowdown of economic growth overseas, especially in Europe and China.

The Commerce Department said Tuesday that U.S. third-quarter gross domestic product grew at an annual rate of 5.0%. That is the strongest pace since the third quarter of 2003 and has been driven by robust consumer spending and business investment. Economists surveyed by The Wall Street Journal had expected an upward revision to 4.3% growth.

"Earnings are going to have to drive stock prices from now on, and the GDP news was relatively encouraging for organic growth" at companies, said David Klaskin, chief investment officer at Oak Ridge Investments, which has $4.4 billion under management.

The Dow has rallied 5.6% over the last five trading days, through Tuesday's close, more than recovering from its early December pullback. The last weeks of the year tend to see stock-market gains, as fund managers lagging behind their benchmarks scramble to boost performance by buying winning stocks.

"Statistically, this is a very strong time for the market," said Quincy Krosby, market strategist at Prudential Financial. "The Fed's word patient was an extra catalyst," she said. The U.S. dollar rose against its rivals, while Treasury bonds declined, sending the 10-year yield up to 2.257%. Energy stocks rose the most on the S&P 500, with the sector up 1.3%. Crude-oil futures rose 3.4% to $57.12 a barrel. Meanwhile, health-care stocks were the only group in the S&P 500 to post losses, down 2.2%.

We can see from this last graf that the interpretation that the Fed was going to be "patient" is winning the argument.

Last week there was an argument over interpretation since the Fed removed some language that indicated there was no urgency for rate cuts. In its place, the Fed substituted language using the modifier "patient."

The argument among Fed watchers last week – given the powerful rise in markets – was what Fed comment had helped trigger it. Some said the Fed was signaling that a rise in rates was more imminent than before indicated an economic optimism that fueled the rally. Others said the Fed's restrained approach to increasing rates had done the trick.

What nonsense this all seems to be. The market has been going up for over five years now and we predicted a continuation of that bull rally many months ago.

We predicted it even when almost all the alternative media was in full-cry about an upcoming market crash. But our paradigm is built around elite analyses.

We noticed that market "controllers" such as politicians, regulators and Wall Street bankers among others were putting into place a variety of regulatory and investment measures that would likely push the market higher.

Various regulations were relaxed regarding IPOs and private investments. Central banks eventually announced they were trading directly in the market for "defensive" purposes and no one pointed out such manipulations were highly illegal.

In other words, the consensus of market influencers was that stocks were headed higher. We called it a Wall Street Party, and with fluctuations the market has climbed higher on a regular basis. And now it's hit 18,000.

We've predicted it might hit 20,000 and then go higher still. At that point, market observers will write mighty books about how stock markets are unpredictable and those that have faith in their corrective capabilities are the "wise" ones who are rewarded with great wealth.

We won't be writing those books, of course. Our perspective revolves around our proprietary VESTS model that pits elite "directed history" against the power of the Internet.

On the one hand, we see an obvious determination of powerful factions to drive markets higher. This obviously includes coordinated programs of asset inflation that are creating the faux-prosperity that the mainstream media is labeling a "recovery."

On the other hand, we have the Internet itself that is polarizing millions of users when it comes to certainties about various social and cultural perspectives. According to reports, investors remain skittish about the market and about the economy in general.

This is the crux of the VESTS approach. One must decide whether elite dominant social themes – often a kind of promotion – are going to prove more powerful than the increasing skepticism on a variety of fronts generated by the Internet – or as we call this, the Internet Reformation.

We've been making the case that political and industrial determination to force the market higher is going to win the day, for now anyhow. The tools are there and the higher stocks go, the more money is sucked in.

The market has long departed reality, in our view, but it certainly hasn't departed from the sphere of influence of its most powerful controllers. Right now, that's the most important element driving up these markets, even though you won't read about in the mainstream media.

But you'll read about it here. And we'll even introduce you to ways you can potentially generate significant new wealth by positioning yourself in companies that are positioned within the trends and sectors likely to perform best during thie Wall Street Party era. Click here to watch a timely new video report on the burgeoning global cannabis industry.