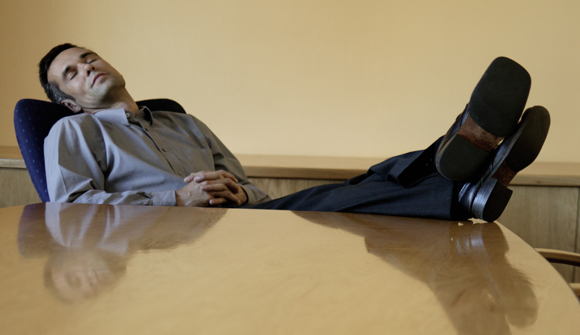 Current Congress might be history's worst at passing laws … It seems like there's not a whole lot being accomplished in the Capitol with the current group of legislators. The current Congress is on track to be the worst ever at passing laws since modern record-keeping began, with three of its lawmakers failing to introduce a single bill, The Post has learned. The divided House and Senate have managed to pass just 163 laws that garnered President Obama's signature since the two-year term began in January 2013. At this rate, Congress will have no problem beating the previous record set during the 2011-2013 session in which 284 laws were passed. That was down from 385 laws passed in the 2009-2011 session. – The New York Post

Dominant Social Theme: We need more laws as soon as possible, and make them good ones.

Free-Market Analysis: This article appeared on September 1, and perhaps the editorial staff of the New York Post intended to use the paper's "bully pulpit" to remind federal legislators that they had three more months to accomplish something significant.

There is however, one encouraging "activist" trend that runs counter to our general position that the less the US Congress does, the better.

More on that below.

First, let's concentrate on why Congressional inaction is probably a good thing. Look at the US today and ask if the political system at local, state or federal levels has proven successful in ensuring US prosperity or building on the dominance that the US once enjoyed after World War II. The answer is obvious, and negative.

The US is in terrible shape, with moribund employment, serial wars sapping resources, a confrontation with Russia brewing, a Southern border that is being determinedly turned into a kind of regional sieve by an administration that wants to essentially merge Mexico and the US or so it seems.

The Post article resolutely ignores all this. Here's more:

"You are not getting a whole lot of bills introduced because lawmakers know the chances of success are minimal because so little is being done," said Norman Ornstein, a scholar at the American Enterprise Institute. "It's more than sad; it's pathetic."

It's not just the quantity of bills passed but also the quality that's worrisome. Non-controversial measures, such as renaming post offices, have been passed while Congress dodged meaningful work on immigration, tax reform and counter-terrorism efforts in Syria.

"[Congress] is not dealing with the problems that people are concerned about," said former Rep. Lee Hamilton, director of the Center on Congress at Indiana University. "I've never seen it any worse in terms of public esteem for the Congress. I can't find anybody who says a good word about it."

Out of the 535-member Congress, three veteran House lawmakers didn't manage to sponsor one piece of legislation this term: Jeb Hensarling (R-Texas), James Clyburn (D-SC) and David Scott (D-Ga.), according to an analysis by The Post.

Another 58 full-term lawmakers introduced five bills or fewer, including Gregory Meeks (D-Queens). Meeks' bill sponsorship is the lowest among New York's delegation. He sponsored only five pieces of legislation and none became law.

Again, we find nothing in the current Congressional dysfunction to be disturbing. In fact, while the article attempts to link Congress's current inaction to its wretched approval ratings, voters are probably judging Congress based on performance and dreading more of the same.

But now to the one "bright spot" of activism mentioned above.

This has to do with expanding the decriminalization of cannabis. Some months ago, the US House of Representatives passed a bill blocking the Drug Enforcement Administration from using funds to attack cannabis operations legal under state laws.

A Huffington Post article at the time put it this way:

Reflecting growing national acceptance of cannabis, a bipartisan coalition of House members voted early Friday to restrict the Drug Enforcement Administration from using funds to go after medical marijuana operations that are legal under state laws.

An appropriations amendment offered by Rep. Dana Rohrabacher (R-Calif.) prohibiting the DEA from spending funds to arrest state-licensed medical marijuana patients and providers passed 219-189. The Senate will likely consider its own appropriations bill for the DEA, and the House amendment would have to survive a joint conference before it could go into effect.

Rohrabacher said on the House floor that the amendment "should be a no-brainer" for conservatives who support states' rights and argued passionately against allowing the federal government to interfere with a doctor-patient relationship.

… Currently, 22 states and the District of Columbia have legalized marijuana for medical use. Five other states – Alabama, Kentucky, Mississippi, Utah, and Wisconsin – have legalized CBD oils, a non-psychoactive ingredient in marijuana that may treat epilepsy.

A number of studies in recent years have shown the medical potential of cannabis. Purified forms may attack some forms of aggressive cancer. Marijuana use also has been tied to better blood sugar control and may help slow the spread of HIV. Legalization of the plant for medical purposes may lead to lower suicide rates, according to one study.

Thursday's vote follows changing public sentiment toward the government's failed war on drugs. A recent Pew survey found that 67 percent of Americans support drug policies that focus on providing treatment, rather than an arrest and prosecution. An overwhelming majority of Americans also support the legalization of marijuana for medical purposes – a recent CBS News poll found 86 percent think doctors should be able to prescribe marijuana to seriously ill patients.

While the House legislation has not from what we can tell been passed into law, just a few days ago came reports on a historic move made by the US Department of Justice. CNN reported on it this way in an article entitled, "No federal challenge to pot legalization in two states":

The Justice Department said it won't challenge state laws that legalize marijuana and will focus federal enforcement on serious trafficking cases and keeping the drug away from children.

Attorney General Eric Holder, in a conference call Thursday morning, notified the governors of Colorado and Washington that the department, for now, will not seek to pre-empt those states' laws, which followed voters' approval of ballot measures that legalized recreational marijuana use.

Under the new guidelines, federal prosecutors are required to focus on eight enforcement priorities, including preventing marijuana distribution to minors, preventing drugged driving, stopping drug trafficking by gangs and cartels and forbidding the cultivation of marijuana on public lands.

The guidelines, issued by Deputy Attorney General James Cole, have been months in the making and took on some urgency after citizens in Colorado and Washington approved the ballot measures last fall. Nineteen states and the District of Columbia allow some legal use of marijuana, primarily for medicinal purposes.

The attorney general told the Washington and Colorado governors that the Justice Department will work with the states to craft regulations that fall in line with the federal priorities, and reserves the right to try to block the laws if federal authorities find repeated violations.

The memo to prosecutors also seeks to address one common complaint from medicinal marijuana dispensaries in some states, which have been subject to raids by federal agents because they were deemed too big or profitable.

The size and profitability of marijuana businesses will still be a factor prosecutors can consider, but there also must be additional illegal activities for prosecutors to take action.

This new stance by the Justice Department seems to track the House legislation, which could apparently find its way into law either this year or next. At the very least, the DOJ is apparently signaling a willingness to work with states involved in cannabis decriminalization rather than simply attempting to prosecute those trying to implement such legislation.

In the past we've argued that cannabis decriminalization and legalization is probably an unstoppable force because globalist interests have made the decision that drug legalization is preferable to continued criminal enforcement. The US's shifting stance toward federal enforcement of drug laws would seem to bear this out, as significant activity is taking place in the context of an otherwise-paralyzed Congress.

We would be surprised if this trend falters – even in the dysfunctional swamp of congressional inaction.