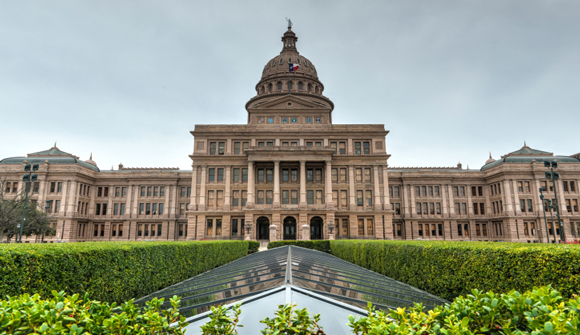 Texas Puts Marijuana Reform on Legislative Agenda for 2015— Marijuana reform in Texas has been a long time coming, but as the end of this momentous year in cannabis legalization draws to a close, it is now on the legislative road map of reform, potentially as soon as 2015. The State Legislature plans to take up decriminalization in January, on the heels of states around states around the country that will be getting serious about implementing new voter driven laws post November. – MainStreet.com

Dominant Social Theme: Pot was never good for much. It's a drug not a treatment.

Free-Market Analysis: We can see from this recent report that cannabis decriminalization is being actively pursued in one of the largest and most conservative states in the US – Texas.

The article explains that because Texas voters "do not have the right to change the law via ballot initiative as has been seen in other states as well as those voting in November this year, this effort on all fronts, will be a legislative driven movement."

The point, as well, is that legislative-driven reform may prove more radical and innovative than reforms driven purely by the ballot. Certainly legislative reform will engender considerable debate before motions are tabled and considered.

If the results are anything like results sweeping the rest of the union, some sort of change may be expected in a state hitherto known for its uncompromising stance regarding cannabis. This posture remanded people to jail for long periods of times for using even small amounts of cannabis.

It is unfortunate that so many who suffered may never reclaim years of their lives, but at least going forward some of this legislative authoritarianism may be alleviated. Or so it seems now …

In part, this may be due to articles that have increasingly portrayed the current regime as merciless and mindless. An article of this sort appeared in the June Texas Monthly, entitled "War Without End." It focused on the healing impact of cannabis for Middle East and Afghan War soldiers suffering from post-traumatic stress disorder (PTSD).

War Without End … As veterans return home from combat in the Middle East, many struggle to leave their experiences behind. They are sleepless, anxious, and angry, and medications often make the situation worse. No wonder a growing number of former soldiers are turning to a treatment that makes them criminals in Texas: marijuana.

The article goes on to tell the story of several military veterans who had an especially hard time returning to civilian life – until they discovered cannabis. One of them is "Dave."

Dave spent 21 years in the Army, served in both Desert Storm and Operation Iraqi Freedom, and retired at the rank of major. As a communications officer for the support command of the 1st Cavalry Division, he was stationed near Baghdad when the insurgency was inflicting heavy casualties on coalition troops in 2004 and 2005. "I was in the operations center at Taji [a base just north of Baghdad] for twelve to sixteen hours a day, hearing the war on radios and watching it on computers," he told me. "Every detail of everything that happened in Baghdad." The first casualty he heard about was a soldier in a Humvee who had his face blown off by an IED that was hanging from an overpass in a soda can. Not long after, he briefed a first lieutenant fresh out of college. A few hours later, the young officer's supply convoy ran over an IED that took her leg off at the knee.

"A lot of people got killed at Taji," Dave said. "We were under constant bombardment from rockets and mortars. You never knew when it would come. A mortar destroyed my sleeping quarters at a time when I would normally have been taking a nap after a shift. A barrage of rockets slaughtered a cluster of Arkansas guardsmen gathered outside a bunker to smoke. The survivors were all screaming and crying at seeing their comrades blown apart, but their first sergeant started yelling, 'Stop crying! This is how God makes us strong.'?"

Several months after returning to Texas, Dave checked himself into the mental health clinic at his military base. "I couldn't sleep," he said. "I was hypervigilant all the time. I bought guns for every room in my house and carried one everywhere I went. I pulled a gun on a salesman who came to my house one night after dark. I was having dangerous outbursts over trivial issues. I was drinking heavily. I was overdoing prescription drugs for pain." He began riding his motorcycle recklessly and found himself thinking about the night in Iraq when he put his 9mm pistol in his mouth. "I thought of my wife and couldn't do it," he said.

Doctors diagnosed Dave with post-traumatic stress disorder and prescribed powerful psychotropic drugs, which created a new set of problems. "They made me feel like a zombie," he said. "I stopped being myself. Then I met some people who were smoking marijuana, so I started smoking. I noticed that the better quality marijuana I used, the less drinking I did and the less meds I needed. I would get a wonderful sense of well-being." He thought he had discovered something new, but then he started reading about marijuana on the Internet and talking to other veterans. "Guess what? Everybody had the same story," he said. Dave volunteered to become the veterans' liaison for a chapter of the National Organization for the Reform of Marijuana Laws (NORML). "My email exploded," he said. "It's amazing how many vets are using marijuana as an alternative to their meds."

The above is both moving and convincing. Given the effectiveness of cannabis in alleviating symptoms of PTSD and the number of vets stationed in Texas on 15 separate military bases, there's no doubt that sympathetic coverage regarding cannabis will play a role in influencing the upcoming legislative debate.

The numbers in Texas are significant: There are about 1.6 million veterans in Texas and according to Texas Monthly, "almost 500,000 took part in the Iraq and Afghanistan wars." According to the magazine, "Another 527,000 served in Vietnam, a conflict thought to have caused PTSD in more than 30 percent of its combatants."

Up to 40 percent of Iraq and Afghanistan veterans have "mental and emotional health problems characteristic of PTSD," according to a recent Kaiser poll. It's unclear why PTSD is so prevalent in the current group of vets; perhaps it has to do with the anonymous nature of a guerrilla war that injures most soldiers via land mines.

Also, the most recent wars were fought by the US with an all-volunteer army. The smaller number of troops demanded multiple deployments, which likely added to the stress. For whatever reasons, PTSD is a significant and ongoing problem. The article ends by summarizing the support that laws legalizing or at least decriminalizing cannabis are receiving throughout the US:

Openness to changing marijuana laws no longer automatically marks a person as a radical. Nor does it reliably predict where you are on the political spectrum. George Soros and the Koch brothers favor legalization, as do the organizations they heavily fund, the Open Society Foundations and the Cato Institute, respectively. Grover Norquist and Richard Branson line up on the same side on this issue, as do George Shultz and Paul Volcker.

As we've been predicting throughout 2014, the expanding movement to legalize cannabis has cut across party lines and is increasingly generating almost unstoppable momentum. Drug enforcement and pharmaceutical groups may be lining up to oppose this growing movement, but increasingly, anti-cannabis arguments are proving futile.

As legalization becomes increasingly accepted, the movement will encompass various kinds of entrepreneurship that will only speed its further acceptance. High Alert has been active on this front, as readers know, with more announcements planned once our due diligence process is completed. (If you're interested in being notified when we're ready to release details, please send an email to InvestorServices@TheDailyBell.com.)

Cannabis legalization, increasingly, is a fast-moving and promising trend. You read about it here.