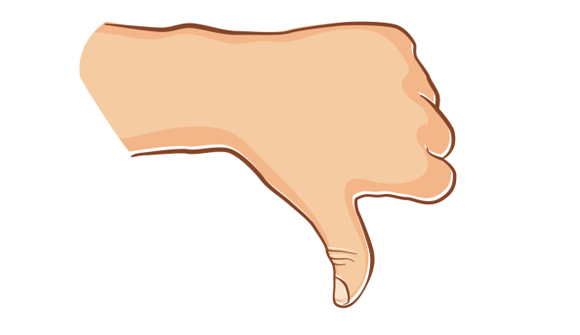 DEA chief Chuck Rosenberg said the idea that marijuana can be used as medicine is a "joke."…"What really bothers me is the notion that marijuana is also medicinal – because it's not … If you talk about smoking the leaf of marijuana – which is what people are talking about when they talk about medicinal marijuana – it has never been shown to be safe or effective as a medicine." 80 percent of states have passed legislation approving forms of medical marijuana. The drug is illegal under federal law. – Time

Dominant Social Theme: Cannabis is bad. You can legalize it, but remember you are legalizing a bad thing.

Free-Market Analysis: As the legalization of cannabis gains traction around the world, the US DEA and other federal drug warriors continue to fight a rearguard action and show little enthusiasm for full-blown marijuana legalization – and certainly not for other drugs. This may well have larger ramifications in the near term, as we'll explain below.

Rosenberg's perspective as presented in the above excerpt attempts to pit science against adult usage of cannabis, but it is the tone of his remarks that is most dismaying. The implication is that cannabis should be legalized only insofar as it does "good" things. But one can turn the argument around by asking if the drug war itself is a "good" thing. Incarcerating millions, destroying families, careers and lives, the drug war has been a kind of ravenous beast let loose on the body politic with tremendously negative effects over more than 75 years.

Just as importantly, the drug war has been corrosive from a law enforcement standpoint, though probably Rosenberg doesn't see it that way. But certainly when it comes to cannabis, anyway, the drug war is hard to justify, especially considering that alcohol is legal.

Earlier this year, NBC posted the results of a study in Scientific Reports comparing various kinds of drugs based on lethality. The study, "compared the potential of death from the typical, recreational use of 10 drugs: marijuana, alcohol, tobacco, heroin, cocaine, ecstasy, methamphetamine, diazepam, amphetamine and methadone. Marijuana was, by far, found to be the safest, even when compared to alcohol and cigarettes."

Why are cigarettes and alcohol legal when cannabis is not? The study's findings "showed the dangers of marijuana 'may have been overestimated in the past,' while the risk of alcohol has been "commonly underestimated." Here's more:

Lead author Dirk Lachenmeier told NBC News the findings, "confirm earlier results of other study groups [but] with completely different methodology." And while his results may not be surprising, "the absolute differences in riskiness between substances" was even higher than expected.

According to the CDC, one in 10 deaths among working-age adults can be attributed to excessive alcohol use and alcohol poisonings account for more than 2,000 American deaths every year. Meanwhile, most experts say there has never been a documented overdose death from marijuana use in someone without an underlying condition.

Then there is this, from AntiMedia – an article that has seen much reposting in the alternative media entitled, "Cops Around the Country Quietly Begin Rebelling Against the Drug War. The article makes the point that "treatment" is increasingly seen as an alternative to criminalization.

It is a rare occurrence when police officers in America organize to undermine the very Drug War they vociferously fight for politicians. Police Chief Leonard Campanello of the Gloucester, Massachusetts Police Department, however, did just that earlier this year when he decided to treat – not arrest – heroin addicts who came to his department seeking help.

His revolutionary "ANGEL" program has proven successful for addicts and their families in Gloucester, but it has also inspired other departments across the country to adopt similar programs amid growing officer fatigue over the ineffectual arrest and incarceration of addicts.

… Five months since the program launched, Campanello reports positive results: over 260 addicts have been placed in treatment. This summer, shoplifting, breaking and entering, and larceny dropped 23% from the same period last year. "We are seeing real people get their lives back," he said. "And if we see a reduction in crime and cost savings that is a great bonus."

The article goes on to tell us that some "40 departments in nine states (Connecticut, Ohio, Florida, Illinois, Maine, Missouri, New York, Pennsylvania and Vermont)" are using some aspects of the ANGEL program with another 90 departments indicating interest.

The article also points out a shocking fact: "48.4% of the prison population is incarcerated for narcotics offenses — proving the Drug War is still very much in effect."

Ramifications? We can see that the cognitive dissonance is building between what is happening at a state level in the US and the position of US fedgov. And the gap is widening between civil policing and federal policies as well.

No bureaucracy can long survive these kinds of internal contradictions. There are, of course, those who believe that the legalization of cannabis – and perhaps drugs in general – is many years away. But the "reality on the ground" is telling us something different.

In fact, federal policy in Canada is expected to take an abrupt turn in the not too distant future, following the October election of the pro-legalization Liberal Party. The Daily Bell hosted an interview this week with Craig Jones, executive director of NORML Canada, who talked extensively about the costs of the War on Drugs from various perspectives. Read that here.

Could it be that the "war on drugs" ends sooner rather than later? In fact, given current trends, the UN's UNGASS conference in April of next year may find a good deal of sympathy for the idea that treatment rather than incarceration ought to be the main approach to addiction. This will have a significant impact on cannabis from an investment and business standpoint as well.