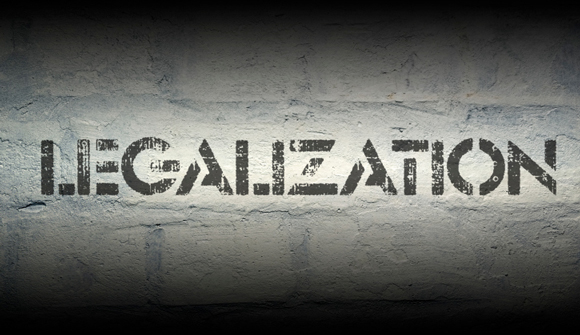 Uncle Sam stoked to hash out marijuana in 2015 … It's high time for Uncle Sam to hash out America's marijuana situation. Now that four states and the District of Columbia have legalized recreational cannabis better regulation is warranted for commerce and safety reasons alone. Without the federal government tweaking laws to consent to the will of the states, the fledgling industry will remain in the shadows of professionalization. – Reuters BreakingViews

Dominant Social Theme: Marijuana policy is fractious and not likely to be resolved anytime soon on the federal level.

Free-Market Analysis: This editorial informs us that people may be surprised what happens regarding cannabis next year … legalization at a federal level.

Are you surprised? Certainly, the Republican takeover of Congress may be widely seen as an impediment to further drug legalization. And yet … as it is often with conservative regimes, progress can be made regarding various kinds of important social reconfigurations.

President Richard Nixon created détente with China in the early 1970s via "ping pong" diplomacy. Nixon was not worried on this particular issue that he would seem weak or confused. As Nixon was a Republican, he was perceived as pro-military, and thus moves palliating China could be perceived as strategic rather than credulous or even traitorous.

So it may be with cannabis. Republicans carrying ample credibility with the anti-drug crowd may be better positioned to make concessions than Democrats already perceived as "soft on drugs."

When just Colorado and Washington state began to experiment with legalized pot, the White House could merely look the other way. But in November's election, Oregon, Alaska and Washington, D.C. also approved recreational weed. With four states plus the nation's capital on board, nearly half of the states approving weed for medical purposes, and others likely to follow, national lawmakers can't ignore the movement's smoke signals.

Without federal attention, the market for marijuana may be dangerous and dysfunctional. Colorado's struggles with the market for comestible products made with the drug's active ingredient, THC, demonstrate the problem. Edibles can contain concentrated doses or very little of the drug, leaving consumers dazed and confused on how much to eat safely.

The Food and Drug Administration, usually responsible for labeling and standards, is a federal agency and therefore takes a pass on weed. Universities in states that have legalized the drug could be in a position to research the effects of cannabis use to help local regulators. But they're forced to abstain for fear of seeing their federal funding revoked.

Commerce remains impaired too, as lenders aren't keen to back loans tied to the industry, fearing government retaliation. The federal Farm Credit System also refuses to back marijuana growers. Such problems prompt Congress to either prohibit these states' pot experimentation or to permit, and regulate, at the federal level, but let states determine whether or not to partake.

While a heavy lift, Washington lawmakers now have an excuse to weigh in sooner rather than later: weed was just legalized in their backyard, and they ended federal enforcement for medical marijuana in the year-end spending bill. There are good reasons for Republicans, who will soon control Congress, to embrace pot.

The graf above points out that there are good reasons for Republicans to "embrace pot." And, in fact, these include far more than logistics. They include political calculations as well.

Republicans have to contend with a larger libertarian-leaning faction organized around libertarian presidential contender Rand Paul. Legalizing cannabis might be one way to offer an olive branch in the midst of a larger contentious fight between Paul-ite classical liberals and the dominant "conservative" GOP mainstream.

There are other political considerations including the GOP's determination to attract younger voters and other groups not ordinarily considered part of the GOP constituency. "It's probably not their first order of business," the article concludes, "but stoners may be surprised to see their pastime liberated in the coming year."

That last statement is surely a surprising one. The key word is "year," as in this upcoming year. Not "years." We'll grant that this columnist may know something we don't. But there's common sense behind it, when you think about it: Simple logic tells us that the current bifurcation between state tolerance of cannabis and fedgov intolerance is not a situation that can long abide.

We're surprised by such a potential timeline, but certainly not shocked. It's been our contention for a number of reasons – expressed in a number of articles – that the opposition to the drug war itself is fading rapidly in the US and abroad.

The impending legalization of cannabis, whenever it finally arrives, is merely a harvesting of low-lying fruit. However, there are very important variables that will determine the winners from the also-rans in the global race to profit from this massively powerful financial trend. At High Alert, we've done our due diligence – and continue to – and we believe we have found the right formula and the right company to capture a significant portion of this wealth building opportunity. Click here to learn more.