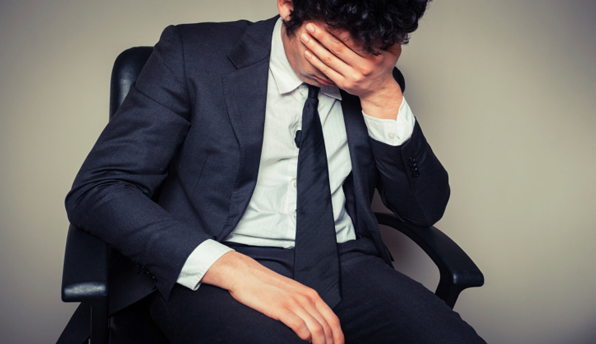 Medical Marijuana, Physicians, and State Law … As Massachusetts prepares to implement its new medical-marijuana law, agents of the federal Drug Enforcement Administration (DEA) have reportedly visited at least seven Massachusetts physicians at their homes or offices and told them they must either give up their DEA registration or sever formal ties with proposed medical-marijuana dispensaries. These encounters were meant to intimidate the physicians and to discourage them from taking an active role in medical-marijuana dispensaries, and they have apparently succeeded. But there are differences between state and federal law, between talking to patients and selling drugs, and between acting as a physician and acting as a marijuana entrepreneur. With medical-marijuana laws poised to come into effect in a majority of states, it seems worthwhile to put medical marijuana in historical and legal context. – New England Journal of Medicine

Free-Market Analysis: It is hard to be a DEA agent these days. For years, narcotics agents have terrorized anyone involved with marijuana. Millions have gone to jail; young people have lost college scholarships and had careers crushed; children have lost parents; families have disintegrated … all because smoking a natural substance was prohibited and severely penalized.

But now times are changing, though no one seems to have told DEA officials. They're still enforcing laws that are increasingly outdated and difficult to implement.

The DEA, in fact, can continue to intimidate, but nothing much is going to stand in the way of what we call the "marijuana meme." It should be amply evident by now that society's controllers have made up their collective mind that drugs and even sex-work are going to be legalized around the world.

We've made the point in the past that this policy has several ramifications that are useful to the power elite. It counteracts the reality of the encroaching surveillance state and expanding authoritarian governance generally. It also provides a global regulatory opportunity that helps consolidate the growing internationalist regime. Globalists need global problems to confront and regulate, and drugs and sex-work are perfect candidates.

The average DEA agent is thus something of an anachronism at this point. We have no doubt that the drug enforcement agencies will continue to survive in some form but eventually the more brutal tactics may give way to licensing and regulation.

In the meantime, the DEA will continue to act as it always does. This behavior is no doubt analogous to those running buggy-whip factories after the automobile was invented. The future was obvious, but it was hard for those involved in legacy technology to recognize it.

In the case of the DEA, we have little sympathy. Schadenfreude comes to mind. Here, from Merriam-Webster: "Schadenfreude: a feeling of enjoyment that comes from seeing or hearing about the troubles of other people."

DEA officials will continue to act thuggishly because that's part of the job description but increasingly those who man the fortifications of drug enforcement and incarceration must feel a bit dizzy and increasingly dejected.

Americans strongly support making marijuana accessible to sick people who might benefit from its use, with 86% believing that physicians should be able to recommend marijuana to their seriously ill patients. The DEA has been consistent in its campaign to discourage physicians from discussing marijuana with their patients, probably because the agency sees such discussions as legitimizing the use of a drug that it still apparently believes, in disregard of the evidence, was reasonably designated a Schedule I drug — a drug with no medical use and a high potential for abuse.

… The DEA seems to be treating at least some Massachusetts physicians who are medical officers or board members of new marijuana dispensaries as drug dealers; I believe that in doing so, it is going too far. Unless a physician seeks to be paid by the dispensary on the basis of sales or volume, it's difficult to see how acting as a medical officer or member of a dispensary's board could constitute drug dealing.

… Physicians might simply and reasonably want to avoid any hostile encounter with the DEA, even if they're convinced that they would ultimately prevail. The most recent Department of Justice guidance to prosecutors suggests limiting criminal charges to "large-scale, for-profit commercial enterprises" and endorses four priorities for federal enforcement: preventing distribution of marijuana to minors, preventing revenue from going to a criminal enterprise, preventing trafficking of other illegal drugs, and preventing drugged driving.4 However, another president could reverse or revise this policy and instruct the attorney general to prosecute federal marijuana violations more vigorously.

Since federal drug laws are unlikely to change any time soon, changes in state law become more important — and signal, I think, a tipping point: a majority of states will soon permit medical uses of marijuana. Liberalization of state laws has already, for example, caused the New York Times editorial board to advocate that the federal government "repeal the ban on marijuana" and leave regulation up to the individual states.5 Moreover, since states not only make their own laws but also send senators and representatives to Washington to make federal law, the legalization trend will inevitably lead to changes in enforcement of federal law, even if Congress does not directly change federal marijuana laws.

In May, for example, the U.S. House of Representatives passed a bill prohibiting the Department of Justice (of which the DEA is a part) from expending any funds to prevent states where medical marijuana is legal from implementing "their own State laws that authorize the use, distribution, possession, or cultivation of medical marijuana." Although the U.S. Senate has not yet acted on this bill, it seems likely to pass, because supporters of medical marijuana will be joined by lawmakers wanting to reduce the number of young black men in prison, as well as by states' rights proponents and libertarians. And this unlikely coalition will seek to protect physicians who follow their states' medical-marijuana laws from overbearing and intimidating actions against them by the DEA and ultimately help to transform marijuana use from a criminal law issue to a medical and public health issue.

This last paragraph is an important one. Soon there will be a law, we are told, that will formally prohibit the feds from "expending funds" to prohibit states from enforcing their own laws when it comes to marijuana. That's progress.

There is another line in the above editorial that is thought provoking: "The DEA has been consistent in its campaign to discourage physicians from discussing marijuana with their patients, probably because the agency sees such discussions as legitimizing the use of a drug that it still apparently believes, in disregard of the evidence, was reasonably designated a Schedule I drug …"

This is typical of entrenched bureaucracies: Times may be changing but the chill winds of such change are not going to be allowed inside until they are impossible to damp. In fact, the DEA and agencies like it in Europe no doubt serve a purpose in initiating and expanding social change. Eventually, DEA actions will become so out of step with the mainstream that they will spur further outrage and quicken the reform that officials are trying to quench.

This is part of the larger dialectic that has now been unleashed on the public, and it is one that is going to increasingly shift against the kind of intimidating behavior that DEA officials are used to unleashing. The DEA's own actions will undermine the agency's ability to exist in its current incarnation.

The war on drugs, like sex-work prohibition, created misery for billions of people around the world in the 20th century. Surely, the transitory misery of narco-enforcers will constitute a kind of minor justice.