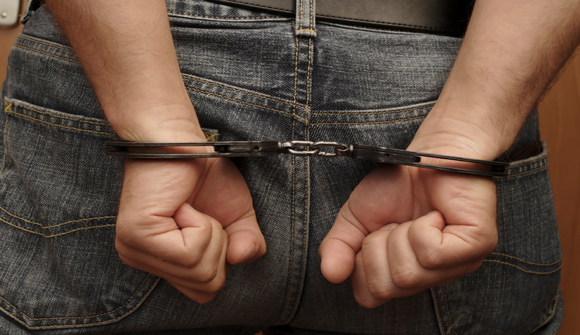 Cannabis / Marijuana, EDITORIAL
The Legislatively-Induced Violence of the Drug War
By Shane Smith - May 02, 2015

The story of Robert Bates has covered the news wire for the past two weeks. A sting gone bad, with a "pay for play" volunteer reserve officer fatally shooting the subdued suspect. These facts have been known for some time, along with the details of the sting: a set-up gun buy to catch Eric Harris in the act, and then apprehend him. He gave chase, he was pursued, he was captured, he was killed. The focus has been almost exclusively directed at the shooter, Robert Bates, who appears to have bought his way into the good graces of the Tulsa County Sheriff's Office with thousands of dollars' worth of police equipment, apparently in exchange for a chance to play cop. An otherwise cash-strapped agency has a benefactor, and they want to treat him nice, come Hell or high water. What has received less attention, however, are just what policies set Eric Harris, Robert Bates and the other officers on a collision course that ended with Harris's death.

The sting was a gun/drug buy: Harris allegedly was to sell these to the undercover officer, at which point the nine officers involved would pounce. Sting operations such as this seem so common when reading the news, but should they be? What policy led to this event that ended Eric Harris's life and received so much widespread media attention? The Federal War on Drugs, and all the drama, money, corruption and militarization that comes along with it.

It's almost too hard to imagine what policing, and crime, would look like without the Drug War. It permeates police television programming, it's burned into our minds from our first years in the public school system, we may even have friends and family who have been caught in its vortex, either on the side of the criminal, or of law enforcement. Eric Harris represented one side of a coin, Robert Bates and the officers he accompanied during the sting represent the other. The coin is the Drug War. Eliminate the Drug War and the criminals will evaporate, along with the myriad, bloated law enforcement agencies that the crime of the Drug War sustains and rationalizes.

The black market crime of the Drug War is legislatively-induced, that is, this crime is given an artificial existence by the enforcement of Prohibition. In the Tulsa case, The War on Drugs created the criminal, Eric Harris, and created the employment for the officers. The entire sting would have never happened in an alternative universe devoid of Prohibition. Without the War on Drugs, the meth Eric Harris was to sell to the undercover agent would have never had the market it does were it not for the crackdown on safer highs, and the jobs the agents occupied that day would never have existed. This leads to a significant question: How much actual crime would exist were it not for the War on Drugs? And probably even more significant: How much smaller would State and Federal law enforcement become without the War on Drugs?

In an insightful piece from the 1980s entitled "How the Narcs Created Crack," Richard Cowen details how enforcement of the drug war perversely leads to the popularity and proliferation of far more dangerous drugs than had been initially used to justify the Drug War crackdown. By fighting cannabis, law enforcement inadvertently created a market for crack, heroin and meth. Another perverse consequence of aggressively prosecuting the Drug War is the increasing violence of the distributors of contraband. As the less violent are arrested and prosecuted, only the truly dangerous will successfully navigate the black market. The rise of a black market in guns accompanies the black market in certain drugs. Black market entrepreneurs, unable to access courts of law or call the cops if a deal goes bad, require weapons for protection as well as enforcement.

As the newly-minted criminals escalate the violence, so do the police. The police militarization that has been widely reported on has to a large extent been a consequence of prosecuting the Drug War. As Chris Coyne and Abigail Hall detail in their paper, "Perfecting Tyranny: Foreign Intervention as an Experiment in State Control," the Drug War provides the perfect environment for law enforcement to test out the weapons of war within the borders of the US. The technological terror our government is currently inflicting on foreign populations will be put to use on the home front sooner than we think. And as the Drug War bakes into the culture, so does the attitude that police hold toward civilians.

K9 units are another artificial asset to police work that has been amplified by the Drug War. These ridiculously expensive, imported German Shepherds have a paltry success rate, serving more to justify otherwise unconstitutional searches than accurately sniffing out drug-related criminals – though there is the added "benefit" of allowing a suspected to be mauled to death. And if the dogs are killed in pursuit of a suspect, who would probably prefer not to be attacked by an aggressive animal, they get a massive State funeral whereas the suspect defending himself from the dog attack gets an instant, no-trial execution.

The topic of SWAT teams' existence and increasing number of raids is far too broad a topic for this piece but it is appropriate to point out that the 50,000 SWAT raids conducted in the US per year are executed in service to the Drug War. Barreling through a door in the middle of the night unannounced, the hallmark of SWAT strategy, is a tactic used to catch residents by surprise, which is very effective, but in many cases leads to the deaths of innocents, including children. Rushing into dark houses, guns blazing, can only be perpetuated in an environment as nightmarish as that which Prohibition creates.

None of this needs to happen. This is not a natural phenomenon of a free society, but a byproduct of misguided lawmaking. If it is allowed to continue, the death toll will rise, the prison system will overflow, the police will complete their transformation into soldiers and liberty will die in the most eminently preventable manner.

The Drug War has created massive government employment by unleashing a plague of unnecessary violence via the black market. The vast resources wasted on the futile attempt to eliminate the consumption of cannabis, the cancerous growth of black markets, the rise of deadly synthetic drugs as well as the tragic abuse of prescription drugs, the creation of a broad criminal class, the bulging prisons, the grinding into dust of our liberty and the generations lost in the mire of one of the most tragically unnecessary policy failures in this country's history comprise the evidence to support complete legalization.

In terms of money and power, the Drug War is the State's Golden Goose, and the sheer number of fingers in the pot (no pun intended) may preclude any real course toward ending this ridiculous practice. We will be subjected to the most elaborate dog and pony show to maintain the delusion that the Drug War is a success and that the policy is imminently necessary. The State will not relinquish its hold on our wallets or our liberties so easily. If we cherish liberty, and wish it upon our progeny, then we must permanently consign Prohibition to the dustbin of blood-soaked, failed ideas. The attempt to impose such a Carthaginian Peace is unworthy of a free society and should be recognized as such.