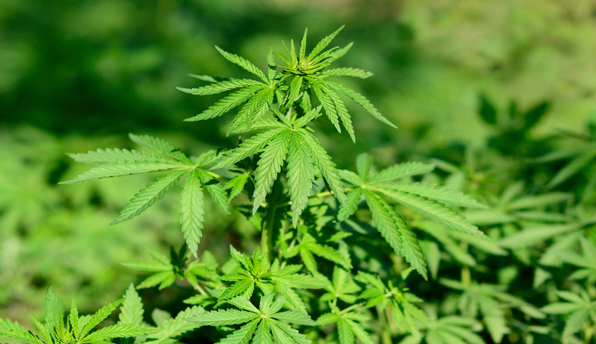 Liberal party looks to legalize medical marijuana in Colombia … Colombia's Liberal Party will support a new bill to legalize medical marijuana in the country, local media reported … The move was announced by Liberal Party (Partido Liberal) Senator Juan Manuel Galan, who explained that the bill would open the door for the use of currently illicit marijuana for medicinal uses, Colombia's El Espectador newspaper reported. "I am going to establish a bill to legalize the therapeutic use of marijuana […] We are going to promote this initiative under the framework that the Liberal Party has to be a party that promotes liberal ideas, progressive ideas," Galan said according to Bogota's Blu Radio. – Colombia Reports

Dominant Social Themes: This can't be happening! Drugs are bad and drugs in Colombia are even worse!

Free-Market Analysis: The news regarding Colombia's intention to legalize marijuana – as yet little reported in the wider, Western world – is truly shocking, though regular readers of our publications will not be much surprised.

More than almost any other publication we know of, we've stayed on top of this important elite meme and covered it closely. Our most significant insights have had to do with the determination of the power elite to legalize not just marijuana but drugs generally around the world.

We dealt with these insights most recently in an editorial, "As Predicted, UN Calls for Decriminalization of All Drugs."

Interesting times! Global elites probably want to decriminalize drugs in order to provide the UN with the opportunity to regulate them; the idea is to reinforce an emergent, international licensing regime complete with global taxes and harmonized regulatory structure.

In other words, the reason for drug legalization is not a beneficent one. It's all about yet more command and control.

In a sense, it's disturbing because it amply indicates that the Western judicial system is mainly a play-thing of globalist priorities. Wars, prohibitions and political structures all wax and wane in the modern era based on the power elite's internationalist agenda.

Disturbing, yes. Perhaps we could use a stronger word – "disgusting." God knows how much blood has been shed over the "war on drugs," how many families have been ripped apart, how many lives have been ruined by incarceration and subsequent violence …

Colombia is a case in point. How much social chaos has been inflicted on peace-loving Colombians, in part because US intel agencies likely needed to pad their "black" and "gray" budgets with illicit drug dealing? If Western regulatory democracy was a person, it would long since have been institutionalized.

As a libertarian-oriented publication, we're all for legalization of "victimless crimes" (which are not crimes). But as we confront this new century and the apparent decision of the power elite to legalize and regulate drugs around the world, we hope the evident hypocrisy helps defuse current government pathologies. Perhaps people will be called on to take a better look at the world we live in and its evident – vicious – looniness.

We've written about former President Alvaro Uribe (2002-2010) and the war he waged against FARC. Uribe inherited restrictive drug policies – marijuana was prohibited – and the result was corruption and drug-related violence that Uribe struggled with valiantly throughout both of his terms. How much better for Colombia if FARC's violence had not been fueled by "illegal" drug profits?

The Liberal Party's support comes a few months after an official statement from the General Secretary of the Mayor of Bogota that asked Colombia's national government to initiative debate surrounding the regulation and recreational use of marijuana.

In a tweet on Sunday morning, Galan announced his support for the bill and linked to an interview that he did on the subject with Colombia's Colmundo Radio. Galan noted that scientific research consulted by proponents of the bill presents a compelling argument for upcoming debates in Colombia's new Congress, inaugurated Sunday.

"We've done a sweep of scientific studies that show that the use of cannabis in certain doses can help alleviate the terrible and chronic pain that many people with terminal illnesses suffer." Galan told Colmundo Radio. In the interview, Galan proposed a national debate to discuss the legalization of drugs in the face of the corruption and general failure of the police forces when acting against narco-trafficking.

"It is useless, costly and absurd to continue chasing marijuana and continue capturing people and conducting confiscations on this topic," Galan said as quoted from Colmundo Radio. He attests that the focus on marijuana as a topic of public health and less as a subject of punishment and repression should be the theme going forward in the conversations surrounding its legalization.

However, countries such as Colombia, Argentina, Ecuador and Uruguay are gradually moving away from their once tough stances, with Uruguay recently becoming the first country in the world to fully legalize recreational use.

Colombia's Congress approved a bill presented in 2012 by the executive branch that decriminalized small amounts of marijuana and cocaine for personal use. A person possessing less than 20 grams of marijuana or one gram of cocaine cannot be punished by law, according to the Huffington Post.

… In December, Colombia's most prominent rebel group, the FARC, issued a proposal to decriminalize substances such as marijuana and cocaine for therapeutic and culture reasons, allowing farmers to grow and sell to legal markets. Similar to the framing of the recent Liberal Party's support for medical marijuana, the FARC framed their approach to the drugs as a public health rather than public security issue.

With FARC on board, and with the international climate changing rapidly regarding drugs, Colombia's farmers can be confident of a vibrant export market – so long as nothing snags this bill. The climate and soil provide farmers with the ability to grow organic, medicinal-grade marijuana in Colombia without resorting to the creation of complex indoor environments, chemicals, fertilizers, etc.

This amazing development will likely speed the decriminalization and legalization of marijuana throughout Latin America. It will surely reduce social tension, provide jobs and, of course, allow people with a variety of illnesses to treat themselves with one of nature's best-known and most healing substances.

Colombia has a great climate for marijuana. The plant is indigenous and once it is cultivated and harvested, Colombia is in a good position via its free-trade agreements to supply top quality, naturally produced, low-cost cannabis around the world.

From an investment standpoint, those seeking to participate in this powerful trend should be asking, "How does a company ideally position itself to capture significant market share in this timely and highly-profitable industry – and establish a sustainable leadership position?" The answer will no doubt emerge as more countries with more natural advantages emerge to offer quality products to a growing market place.

There are many bad things going on in this world, but drug legalization is not one of them.