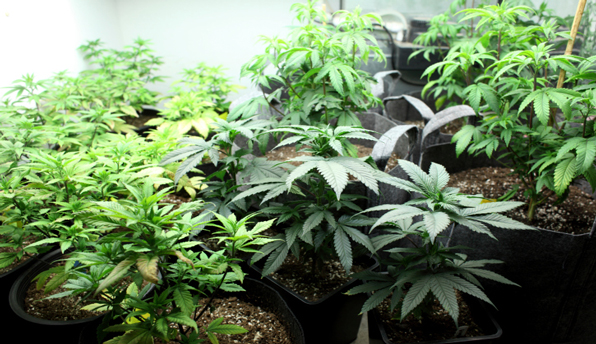 Legalizing pot is OK, but not a priority for Canadians: poll … Poll shows Canadians are OK with legalization … According to a new poll, most Canadians support legalizing marijuana, but don't see it as a pressing issue. Six out of every 10 people polled said they would support pro-marijuana legislation, according to a survey by Angus Reid Global. However, most respondents said it's more important to implement tougher penalties against violent crimes than it is to legalize pot. – CTV News

Dominant Social Theme: Marijuana is okay after all. Who'd have thunk it!

Free-Market Analysis: Another day, another poll. Let's examine this trend.

We've been at the forefront of advancing the perspective that marijuana legalization is part of a much bigger elite strategy that actually involves the legalization of many other drugs as well.

We've stated the thesis clearly: The marijuana meme is a power elite promotion that uses all the resources of the mainstream media. It may soon expand to other prohibited goods and services.

The article excerpted from CTV above is a case in point. It takes an Angus Reid Global poll that finds, unremarkably, that many Canadians are pro-marijuana but that legalization is not a burning "justice" issue for them.

Indeed, why would it be? It is only politicians and civil-military police forces that are relentlessly focused on adjusting what you put in your body – and are willing to lock you up if they don't approve.

CTV has reconfigured this modest poll and its findings and turned it into what appears to be an "urgent" news story.

And what is CTV? The home page of the CTV website tells us the following:

What do we conclude? A poll that found fairly expected results has been repackaged as an urgent missive by Canada's most powerful private broadcaster. An issue that most Canadians – being a tolerant people – find as commonsensical has been presented as a news item of note.

You see? We are not surprised by the poll results. What is noteworthy are the promotional elements attached to it by CTV. Here's more:

… The survey found men were slightly more supportive of legalizing marijuana than women, and individuals with left-leaning political views were significantly more likely to say "OK" to pot, compared to those who vote for the Conservative Party of Canada. It's currently illegal to possess any form or amount of marijuana in Canada. Only individuals with a medical permit are exempt from the law.

Colorado and Washington are the only two North American jurisdictions where it's legal to buy, possess and use marijuana. The two states legalized the drug for medical and recreational use in November of 2012. The survey results come as so-called "Prince of Pot" Marc Emery is returning to Canada after serving a five-year jail sentence in the U.S. for possession of marijuana seeds in Seattle, Wash.

Marijuana was not legal in the state at the time. He was due back in British Columbia on Tuesday. Emery's wife, Jodie Emery, says she and her husband are working out the details for a 30-city Canadian advocacy tour to promote legalizing the drug.

Angus Reid Global surveyed 1,510, Canadian adults and found that 59 per cent of respondents supported legalizing marijuana, while 41 per cent opposed it. The numbers were similar to an earlier survey the pollster conducted two years ago.

Notice that Marc Emery has returned to Canada and intends to lead a campaign for further legalization. Emery was put in jail for five years for offenses having to do with marijuana. He possessed and sold seeds – seeds! – of a marijuana plant and thus lost five years of his life and surely still has a criminal record. And one of the primary states Emery sold them to from his Canadian perch … Washington,which legalized recreational marijuana use while he was in prison.

We have already written in several articles about the contempt with which those who previously supported laws are showing victims of incarceration by cavalierly jettisoning the entire criminal edifice. The mainstream media is especially at fault here. It's truly incredible to watch the media getting behind this meme as if it were merely the eruption of long-suppressed public sentiment that's driving it forward.

In fact, from what we can tell, these are "memes" that globalists pick and choose from. (See other staff report, this issue.) These days, the idea seems to be that certain global problems need to be identified in order to advance international licensing and regulation. It's a way of setting up ever-more global governance, and drugs are amenable to this approach, as they are ubiquitous.

This is directed history, folks! … a program likely deliberately put in place that makes it seem as if the consensus for prohibition is crumbling when, in fact, it's an orchestration of sociopolitical trends.

High Alert was one of the first to recognize this trend and its ramifications, and jumped in to notify readers how they may be able to profit from it.

The marijuana meme and its blossoming is a good example of the High Alert VESTS investment model at work: Identify a power elite theme, evaluate its chances for success, determine whether it is something you wish to participate in … and then take judicious positions, large and small, as you choose. (See Anthony Wile's books, High Alert and Financial Freedom, available free here, for more on VESTS.)

This is not a normal investment methodology, but it is one we suggest can work.