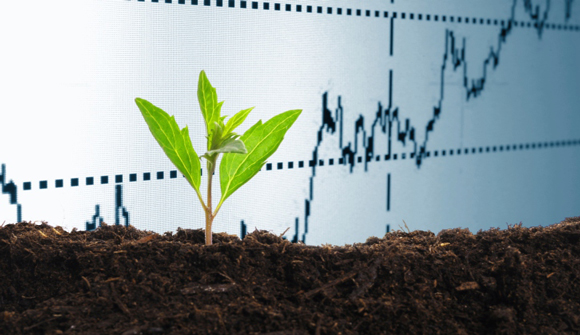 Free-Market Analysis: This was predictable. Buffett is finally making a move.

What's a little puzzling is why he waited so long. But it had to come. We've already predicted that the industry is going to see corporate participation and sooner than later. Industrial giants are all going to want to operate in this space. Cannabis is the profit-opportunity of the 21st century, for sure.

Smaller firms will cash out and make a killing. Larger companies will rationalize the sector and create the usual mercantilist/regulatory structures that will benefit the biggest while constraining entrepreneurial activity.

All that is in the future, though. Right now the cannabis business is still in its infancy. Thus, we'll see the beginnings of participation from people like Buffett – but nothing overwhelming. Not yet, anyway, though there are probably plans afoot …

Cubic Designs builds additional platforms in warehouse spaces, allowing companies to expand usable areas of their holdings. A couple of marijuana growers independently contacted the company, inquiring about the "mezzanine systems." So, "we sold a few mezzanines into that market and decided internally, 'Why don't we do some marketing?'" Shannon Salchert, marketing coordinator for Cubic Designs, said.

Contacting growers has been difficult because growing pot is "still secretive," Salchert notes, so the company has instead left the fliers at dispensaries. Warren Buffet did not respond to an interview request from Bloomberg Businessweek, but the 84-year-old billionaire is reportedly known for giving his company's offshoots a large amount of autonomy when it comes to operational decisions.

Cannabis as an industry has a long way to go to mature. But Buffett probably can't resist some minimal involvement. Perhaps he is aware that other corporate food giants are stirring as well.

Cargill is one such, as is Monsanto. Back in December 2013, we predicted that Monsanto would utilize Uruguay's cannabis legalization to take a foothold in that small country. We wrote:

Monsanto, under attack regarding its GMO seeds, may need a new market to re-establish credibility and even popularity – as marijuana will surely prove a more welcome crop than soy in the public mind. Monsanto's efforts as regards marijuana in Uruguay may be helped by the overwhelming government involvement in the cultivation, sales and marketing of marijuana. Monsanto Marijuana Initiative Grows in Uruguay?

And now we see this, from MarketWatch:

Monsanto and billionaire investor George Soros have gotten their hands dirty and pushed to get into the marijuana business. Now that Uraguay became the first country to legalize the production and sale of marijuana, Monsanto plans to launch production of genetically modified marijuana. Analysts are pondering if marijuana will become the next GMO (genetically modified organisms) crop, with patentable transgenic strains developed with increased active compounds for use in drugs.

With its talent at bending smaller governments to its will, Monsanto may find a significant opportunity in Uruguay to establish an even more aggressive business beachhead. There is no doubt that the Uruguayan government will dominate marijuana production, at least in the short term.

How did we know enough to predict this? We didn't. We only knew that Soros and Monsanto are mercantile opportunists and that Uruguay would probably provide fertile soil for potential cannabis initiatives. Cargill is already a big presence in Uruguay, and no doubt Monsanto will leverage its relationships with such corporate colleagues.

Again, we're only at the beginning of this cannabis corporate emergence. In fact, Buffett's company hasn't fully figured it out. The real action regarding cannabis cultivation is going to take place in Latin America … and out of doors. Buffett's initiative is an indoor one.

We can certainly see the day when vast cannabis plantations spread throughout the warmer parts of South and Central America, mimicking the banana and pineapple plantations that have become part of the lore about the history of the continent.

Buffett's emergence is just the beginning. This is going to be a long and profitable ride, with plenty of controversy and confrontation as well.