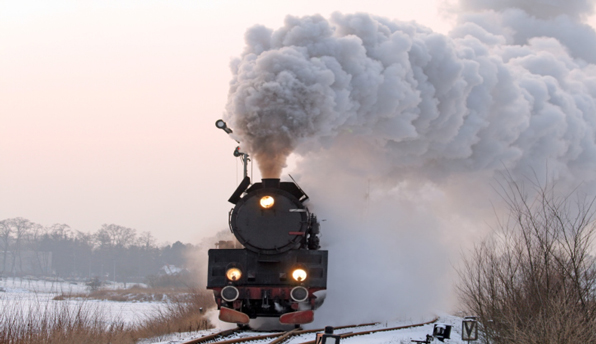 Government's poll shows Canadians want marijuana laws changed … More than two-thirds of Canadians want this country's marijuana laws to be softened, according to an opinion poll conducted for the federal government earlier this year. And while a small majority of the public believes companies should not be permitted to sell marijuana just as they sell alcohol and cigarettes, it's clear that many Canadians have no problem with the proposition. – Vancouver Sun

Dominant Social Theme: This marijuana movement is really becoming powerful! It's picking up a head of steam …

Free-Market Analysis: Those that honor us with their patronage know that we have been ahead of the proverbial curve when it comes to what we call the marijuana meme. This poll proves it once more.

Think about it. Does the Canadian government take polls and advertise them on subjects that professional politicians and business interests don't want to publicize?

Nope. This widely touted poll shows once again that marijuana decriminalization and legalization is a power elite theme. A broad coalition of interested parties have decided that cannabis and probably other drugs as well should be legalized around the world. That's our take. It's proving itself out.

And whether it is drugs or some other sociopolitical meme that is due for a reversal, one can always tell by watching whether or not there is a consistent mainstream media narrative that is driving a particular meme forward.

In the case of marijuana, not only is there a consistent and regular narrative at work, it is one that is constantly being elaborated on.

For instance, we wrote recently about a New York Times article that claimed marijuana had been prohibited due to racism and xenophobia. This may be true, but the larger question is who whipped up these ugly emotions. And we pointed out that it could have been a very small group of highly placed individuals with particular business interests.

These individuals included William Randolph Hearst and Andrew Mellon among others. Hearst owned timberlands and pulp processing plants; he didn't want to compete with cannabis-hemp when it came to paper-making. Mellon's fortune was based in oil and petroleum products and he was equally concerned about competition from cannabis-hemp.

The Times article mentions none of this because it is attempting to build a narrative that doesn't threaten elite interests but nonetheless explains the decriminalization of marijuana. It's a clever ploy because it appeals to people's good nature. We all want to think we live in progressive societies, and that's the Times's message: Marijuana is becoming legally available again because we, as a society, have grown beyond racism. We're better than that now.

This is how globalist elites build dominant social themes, step-by-step and appealing to the fantastical when it seems feasible. Because, in our view, the Internet has made them a bit desperate by exposing their manipulations, these themes are not nearly so elaborate or carefully prepared as they used to be. But the basic approach remains.

When it comes to the marijuana meme, we are expected to believe that various activists, publications and legal challenges finally overwhelmed the system. Marijuana legalization is yet another "victory" for the people that shows democratic change really is viable if people struggle hard enough.

Really? Think of it as a symphony. The marijuana legalization is a kind of musical theme, one that appeals to our better nature (according to the Times). Now come elaborations on the theme such as "polls" that seem to show that public tolerance for marijuana is growing.

Among the highlights: — 37.3 per cent say marijuana should be legalized; — 33.4 per cent say possession of small amounts of marijuana should be decriminalized with a fine rather than a criminal record; — Just 13.7 per cent say the country's marijuana laws should stay the same; — 12 per cent said marijuana penalties should be increased. The results of the national survey of 3,000 people, commissioned by the Department of Justice, is bound to add fuel to the political debate now intensifying in advance of the 2015 election.

The Liberals under Justin Trudeau are advocating the legalization of marijuana so that its sale is regulated and pot is harder for youths to obtain. The Conservatives say they won't take that step because they believe it would lead to more kids smoking marijuana. Instead, the government is considering allowing police to lay fines against those who are caught with small amounts of marijuana.

As both parties prepare for the political battle, the government hired Ipsos Reid to conduct focus groups and an extensive poll to gauge Canadians' views on hot-button issues such as marijuana and prostitution. The results of the research were posted online by the government Wednesday and provide an explanatory backdrop to its policy agenda.

"The government of Canada wanted a clear and current understanding of the Canadian public opinion on a range of justice issues," said the report. "This research was conducted to provide insight into the views, concerns and priorities of Canadians on criminal justice issues." The poll, conducted Jan. 30 to Feb. 7, found Canadians were relatively divided about how the government should legislate on prostitution.

Notice, please, that the poll deals with prostitution, also. We think that sex work is on the agenda to be decriminalized, as well. Both drugs and sex are worldwide enterprises and top globalists are searching for global issues – especially since global warming is not proving to be convincing.

Of course, any dialectic needs two sides, so we fully expect that the opposition to drug legalization will be vocal and continual. Only in this way will the full facilities of government be awakened to mediate the new status quo – with plenty of licensing requirements and regulation.

Conservatives like Fox's Bill O'Reilly come to mind. They will continue to make their voices heard. Marijuana.com recently posted a headline entitled, "Bill O'Reilly's Marijuana Legalization Poll Completely Backfires." The article went on to explain that O'Reilly had hoped to prove his audience was anti-marijuana and pro-prohibition, but it didn't work out that way.

Fox News pundit Bill O'Reilly and his team posed the following question on O'Reilly's poll center: Do you favor the legalization of marijuana? The poll's purpose was, in O'Reilly's pipe dream world, to facilitate an extremely negative response and then to air a segment on The O'Reilly Factor derailing cannabis legalization (like he did Monday night).

By polling his own audience, O'Reilly and his team could paint a delusional picture, but one supported by "data." And at first, it worked. 81% of the initial voters responded with a resolute "No." Then, the internet caught wind of the poll, made it go viral in the cannabis community, and worked its cannabis magic.

First, NORML posted the following message to its constituency on Facebook: NORML Nation: Bill O'Reilly is hosting a poll on marijuana legalization, but unlike most polls, we are losing! Click to vote and turn the tide. Let's show Prohibitionist O'Reilly that it is time to end the madness and legalize marijuana. Think we can flip these results? That post got over 3,000 likes and 1,500 shares.

Despite feeling "dirty" by giving O'Reilly's poll serious web traffic, the NORML community rallied, and hit the poll hard. UPDATE: We went from 18% for, 81% against (1,483 votes) to 70% for, 30% opposed (~4,000 votes) in about 20 minutes. Good work everyone! Then, the same message made its to Reddit's popular marijuana community.

What O'Reilly thinks or doesn't think makes little difference at this point. The marijuana meme will continue to gain traction because powerful elitists have decided legalization serves their purposes. Once upon a time, it didn't and thus after thousands of years of peaceful use, there was prohibition. Now prohibition is being undone and it likely won't stop with marijuana.

Pundits like O'Reilly won't like it. If they are naïve and truly believe that these events are being driven by some sort of licentious social movement, they will continue to guess wrong when it comes to public sentiment. Such sentiment is moldable, as we have seen, and it is being remolded as we write.

All the elements of elite opinion making are working together as one – revisionist history, selected polling data and, of course, legislative change. From an investment standpoint, the legalization of drugs should provide a bonanza of entrepreneurial opportunities. Some will disapprove and believe social mores are being further impaired. Others will welcome the changes as a sign that the world is growing more "tolerant."

Actually, nothing has changed but internationalist methodologies. The goals remain the same.