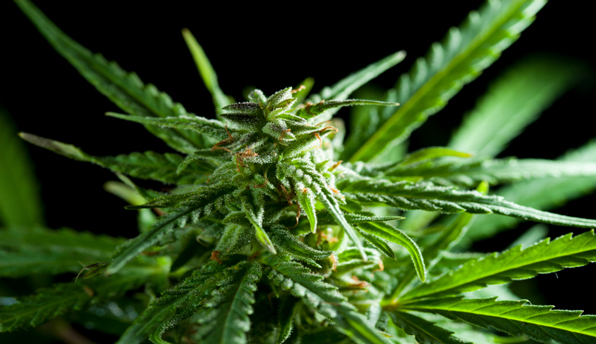 Exclusive: Uruguay may import marijuana from Canada … While it waits for weed to grow, the South American country could turn to Canadian pot producers to kickstart its newly legalized marijuana industry, top lawmakers – including the first lady – tell GlobalPost. … Growing weed takes a while. Cultivating fields of it, figuring out how to keep the fields safe from poachers, harvesting vast amounts of cannabis, packaging it, taxing it, distributing it and selling it take even longer. "I think that we're going to buy it from Canada, because that's where the best quality is," Uruguay's first lady Lucia Topolansky tells GlobalPost. – GlobalPost

Dominant Social Theme: Amazingly, marijuana legalization continues to create business and interest. Who would have thought?

Free-Market Analysis: We've focused our analysis of the emerging marijuana meme on the inevitability of decriminalization and even legalization around the world.

We've gotten some pushback (from feedbackers) as well; the argument is that what has happened so far is merely a disconnected series of events. There is no pattern, no dominant social theme, no elite promotion.

We're wrong, in other words.

But we don't think so. When it comes to marijuana, what's going on is happening all over the world and that doesn't seem to be a coincidence to us.

As others have pointed out – skilled observers of the globalist scene – when significant legislative events occur, they are not merely present in one jurisdiction but happen everywhere, either at the same time or rapidly in a serial fashion.

So … coincidence? No, not from our point of view.

Look, even absent conspiracy theories, the world is a consolidated place. There are at least 70 central banks coordinating policy under the aegis of the Bank for International Settlements so far as we can tell. And the nations of the world belong to the United Nations and often coordinate policy in that venue.

It doesn't startle us that a significant regulatory event that occurs in one jurisdiction is soon replicated. We can accept that there is coordination at a level that we are not privy to. Instead, we do what we can to discover these kinds of coordinated events and to present them to our readers.

We call them dominant social themes. And in aggregate, they create what we call directed history, an ineluctable legal and economic movement toward aggressive internationalization of various governmental and quasi-governmental facilities.

One such dominant social theme is evidently and obviously the legalization or at least decriminalization of marijuana. As soon as we became of its initial stirrings, we had suspicions that this was much more than a random occurrence.

Every day we see more articles and more legislative action. We see more predictions of growth and enthusiasm on behalf of economic and political leaders. And increasingly we are seeing business activity as well.

Here's more on what could be a growing commercial relationship between Uruguay and Canada regarding cannabis:

Long story short: Uruguay's government is not going to be producing much of its own cannabis any time soon. So, where is the official stash going to come from in the meantime? Maybe Canada.

According to senior-ranking officials in the ruling Broad Front Party, including Sen. Lucia Topolansky, who's also Uruguay's first lady, Canadian medical marijuana producers could provide this tiny Latin American nation with a stopgap until it figures out how to grow and harvest its own crop.

"To start with, we will have to buy cannabis," Topolansky said in an interview last week. "I think that we're going to buy it from Canada, because that's where the best quality is."

To be clear: This is still just an idea. Neither country has announced a deal to ship pot from Vancouver to Montevideo. A spokeswoman for Health Canada wrote by email, "There are currently no plans to encourage the export of cannabis to Uruguay or any other country." But could it happen?

We'll save you the trouble of researching this question. Of course it could happen. And it will happen. This is directed history, folks. For one reason or another – and we've speculated widely in the past – the world's leaders seem to have come to a conclusion that it is time to do away with marijuana prohibition.

It's even a little bit humorous to read articles debating the pros and cons. The mainstream media is covering every aspect of this movement, and that alone should be a giveaway as to what is occurring. The mainstream media was long ago consolidated and is the property of the same globalists that have evidently decided it is time for legalization.

Here is our suggestion: Watch what occurs. You will be astonished by the power of the landslide of legalizations, or at least decriminalizations, that are now being readied. In fact, this article goes on to explain that Canadian entrepreneurs are not just contemplating exporting cannabis to Uruguay, but also to other countries such as the Czech Republic and Israel.

Canada is already a power in this emergent industry and doubtless will expand its presence as the marijuana industry itself strengthens.

One can certainly read the literature with a skeptical attitude, determined to adopt a wait-and-see attitude about this expanding industry. But we look for patterns and analyze trends – and this one seems obvious to us.