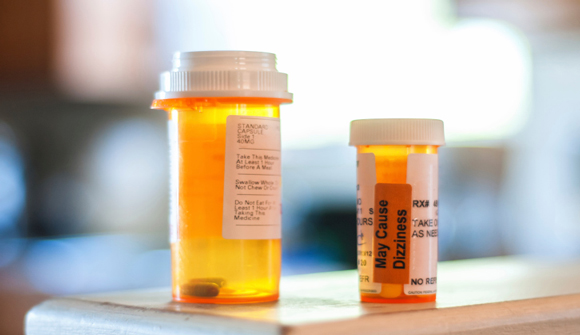 Dominant Social Theme: Big Pharma has the answers and there is no need to ingest a dangerous drug like cannabis.

Free-Market Analysis: How quickly times change. Yesterday, marijuana was a criminal offense virtually the world over. Today, research is finding that those who ingest it lessen their dependence on prescription painkillers and thus, apparently, are not so subject to their potential deadly effects.

This is certainly one of the less publicized but nonetheless important issues regarding marijuana versus pharmaceutical medicine. The medicines being offered via the pharmaceutical model are often extremely concentrated and powerful. Take too much by accident and you have a good chance of a deadly or at least injurious event.

The finding of this study has important policy implications that demand a closer examination of the possible expansive benefits of medical marijuana laws to both individual and public health as well as what components of those laws make them more or less effective at improving overall health.

Many of the headlines about this study stated that overdose deaths were significantly reduced in the 23 states that allow access to medical marijuana. In fact, the study only evaluated 10 of the 23 states—those states with laws that were implemented between 1999 and 2010: Alaska, Colorado, Hawaii, Maine, Michigan, Montana, Nevada, New Mexico, Rhode Island, and Vermont.

The findings of this new study are not surprising. They are consistent with previous research findings that marijuana and opiates work well together to relieve pain, and that the use of marijuana allows patients to use less opiates, reducing their risk of overdose. Patients have been reporting this behavior for years.

A 2009 study of 350 medical cannabis patients found that nearly three-fourths of them reported using marijuana as a substitute for prescription drugs, with better symptom management and less risk of withdrawal as the primary reasons.

The study makes it clear that many prefer a mixture of marijuana and opiates for pain relief. However, even within this context, marijuana may provide a safety factor simply because patients are taking fewer opiates when they are ingesting cannabis.

There is a good deal in the mainstream media about the dangers of marijuana. Sensational stories about people falling asleep behind the wheel because of marijuana or getting into other sorts of trouble have become a staple of present-day journalism because marijuana remains controversial both recreationally and as a medicine.

In addition, Big Pharma has reportedly joined forces with law enforcement to frighten people about the effects of marijuana in order to try to slow down or stop marijuana decriminalization and legalization. This is nothing new. Marijuana has also been demonized for years by powerful interests that apparently don't want competition from the many useful items that can be made from hemp. These include paper products and even clothes.

And Big Pharma certainly has an agenda. Pharmaceutical companies regularly send scientists to the Amazon to search for plants with medicinal uses that can be replicated chemically. This replication needs to take place because plants are impossible to patent. Pharmaceuticals can, however, patent chemical combinations.

So-called "opiates" are a very lucrative market for Big Pharma. Unfortunately, their chemical construction often renders them overly-powerful for some people, even when only a little is ingested. Additionally, chemical combinations mimicking natural compositions often yield up considerable "side effects."

The use of marijuana by itself or in combination with opiates seems to be ameliorating or at least lessening some of the dangers of chemically constructed painkillers. This is certainly good news. What remains problematic is the continued barrage of criticism that cannabis is subject to from deep-pocketed pharmaceutical companies and from law enforcement itself.

Big Pharma fears competition and law enforcement fears the loss of jobs and prestige if the "war on drugs" is wound down. But both of these interest groups may be fighting a losing battle. Public sentiment increasingly seems to be favorable toward the use of marijuana for medicinal purposes and also recreationally and the politics is changing, as well.

As time goes on, more studies may well be published showing the benefits of marijuana and counteracting the current campaign that has been mounted against it. It's good these studies are being done because a scientific basis for the use of marijuana medicinally – and even recreationally – is being established.

When the science is clearer, it will likely be a good deal more difficult to demonize marijuana or regenerate prohibition.

Too bad it didn't happen earlier, but … "better late than never."