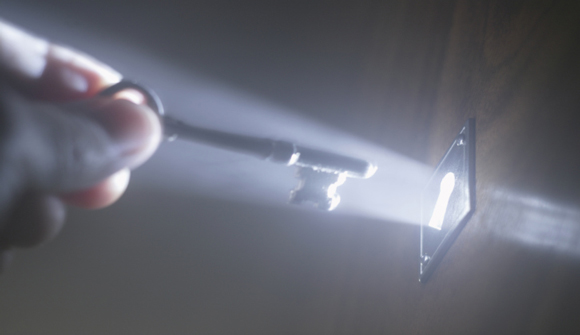 Cannabis / Marijuana, STAFF NEWS & ANALYSIS
What Happens If People Decide the War on Drugs Was Not Only Dysfunctional but Also False?
By Staff News & Analysis - December 08, 2014

Arkansas governor pardons own son for a pot offense. He should pardon a lot more people … Mike Beebe, the Arkansas Democrat whose term as governor is expiring early next year, has formally announced that he plans to pardon his own son for a 2003 marijuana conviction. The plan was first reported last month by local media. It's perfectly reasonable to believe that dealing marijuana – which is now legal in multiple states – shouldn't make someone a felon. But there were 5,876 people arrested for marijuana possession in 2003, the year Beebe's son Kyle was charged. And thousands of Arkansans – every one of which was someone's son or daughter – have been arrested for marijuana possession every year since then. If Kyle deserves mercy – and he does – then so do others convicted under the same laws. – Vox

Dominant Social Theme: Why are people who smoked marijuana still in jail if there is increasing evidence that cannabis isn't the destructive substance that law enforcement, politicians and the judiciary have said it is?

Free-Market Analysis: So it begins. In fact, we asked the question quite a while ago regarding the thousands, perhaps hundreds of thousands in jail for using cannabis.

"Where is the justice?" we asked.

By phrasing the question this way, we positioned it as moral issue. And, yes, there is a moral issue to address. But perhaps more importantly, given that the US political system is now beginning to grapple at length with this issue, it probably ought to be addressed from a practical, socio-judicial perspective.

In other words, it's also a pocketbook issue. We'll get to that shortly. You see, the War on Drugs in the US and the West was a definitive judicial "tent-pole." It was a Hollywood staple as well as a constant political "hot button."

Its demise, if that is what is occurring, will have a forceful impact not just on those caught up in the "war" but also on average citizens who are going to have to grapple with a significant cultural and legal shift. It is bound to be confusing … and worse.

To be fair, his own son isn't the only marijuana offender Beebe has pardoned. But as governor, Beebe could pardon a lot more people who violated the same laws his own son did. Beebe told local TV station KATV that "it's tough on the families" when a son faces drug charges. He could right that wrong for a lot more Arkansas families if he wanted to.

Pardoning people harmed by overly strict marijuana laws is a great idea. It should be happening a lot more – in Arkansas, Colorado, and across the country … Widespread marijuana legalization would be a major policy shift for the United States and most other developed countries around the world. For decades, most countries have restricted marijuana use – at most allowing it for medical purposes – as part of the ongoing war on drugs.

As the article states, marijuana legalization "would be a major policy shift." But the article – as with most articles – does not take the time to consider the ramifications of this shift.

We will. To be as clear as possible, the legalization of cannabis, and perhaps other drugs, is going to create an increased level of distrust between the governed and those who write the laws.

At some point this distrust will become a public matter. We don't predict this with any sort of satisfaction. In fact, we wish we didn't have to predict it at all. But there is no chance, in our view, that millions of current and formerly incarcerated users and their families will not eventually begin to ask questions about how the War on Drugs came about and why it lasted so long.

If there were significant justifications for the War on Drugs, then these questions might not be raised. But social movements undoing various prohibitions tend to extend the level of debate until most or all issues are closely examined – and we doubt that most justifications in this case will stand up to significant scrutiny.

In fact, we'll got out on a bit of a proverbial limb: When it comes to drugs, specifically cannabis, the amount of misrepresentation that went on at high levels in political and educational venues is likely staggering. In places like Latin America, the cynicism that residents feel regarding Western "imperialism" will increase.

One ought to consider, as well, the growing Western disaffection with current systems of government. In the other article in this issue, we discussed increased European dissatisfaction with the EU and the euro. But in the US, under ten percent of citizens hold favorable sentiments regarding the US Congress … under ten percent, according to various "mainstream" surveys! That's almost a rounding error.

Surely, when examined from this standpoint, the gradual undoing of drug prohibitions will further fray the fabric of Western civil society. Too much damage has been done: Too many have been killed or incarcerated over what may soon be seen as lies, deliberate or not.

As people begin to fully understand the costs of drug prohibition and the manipulations that propped it up, an increased level of distrust will be manifest, complicating the current level.

It may even be that certain elite elements of society seek this sort of result. Considerable chaos can yield eventually to a considerable deepening international "order." Protect yourself.