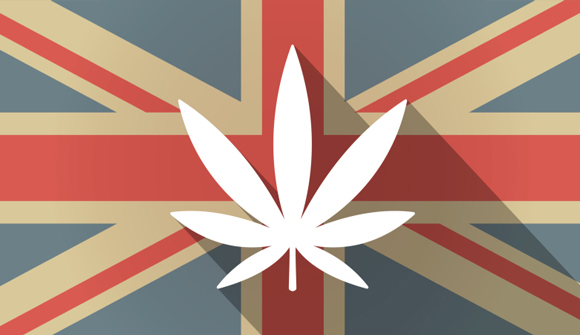 Legalising cannabis would raise millions in tax, says government study … Leaked Treasury study, commissioned by the Liberal Democrats while in coalition, says the move would also save £200m a year in court and police costs … In a debate … pro-cannabis MPs argued that the UK should draw on the experience of US states that have legalised the drug … Legalising cannabis could save £200m in court and police costs and raise hundreds of millions of pounds in tax each year, a leaked government study has revealed. – The Guardian

Dominant Social Theme: There are plenty of reasons not to legalize cannabis. It may even be a gateway drug. Let's keep it criminalized.

Free-Market Analysis: We can see from the above article excerpt that the proverbial tide may be turning in Britain when it comes to legalization of cannabis. A government study has come to the conclusion that legalizing cannabis would be a tax windfall and also save £200m a year in various enforcement costs.

The pressure is apparently building in Britain to legalize, license and otherwise regulate cannabis consumption. It has become a political issue now, after a "cross-party group of MPs called for the liberalisation of cannabis laws during a Westminster Hall debate."

The debate was called after 221,000 people signed a petition to legalize the "drug." Labour MP Paul Flynn is quoted in the Guardian article as saying, "[Cannabis has] been tried and tested by tens of millions of people for 5,000 years. If there were any problems with natural cannabis it would have been apparent a long time ago, but all we've got is this wall of denial by governments who are afraid of the subject."

In a March 2014 Daily Bell interview, Mark Thornton, a senior fellow at the Ludwig von Mises Institute, made similar points while discussing his 1990s book The Economics of Prohibition and explained that prohibition was generally counterproductive. "The more the government acts to suppress a market with more police, severe penalties and new tactics, the higher they drive up prices and the more incentive black marketeers have to invest in ways of protecting themselves against detection, arrest and penalties."

Thornton was interviewed again by the Daily Bell's Anthony Wile in April 2015 regarding the upcoming UN General Assembly Special Session on Drugs (UNGASS) in 2016, which is expected to essentially rewrite international policy on drugs and cannabis prohibition. Thornton was moderately optimistic about what might occur as a result of UNGASS, saying, "I certainly hope that it involves real reform and downgrades the war on drugs to at least a 'harm reduction' mode that would accept the commercialization of marijuana and a medical approach to the harder drugs."

As UNGASS draws closer, reform advocates are planning approaches that will maximize calls for decriminalization and legalization that might occur at the UN meeting. For instance, an International Drug Policy Reform conference being held in November in Arlington, VA is expected to help build global momentum for "sensible drug laws."

The momentum isn't restricted to conferences. Officials in countries that have faced grave difficulties as a result of drug smuggling and other illegal drug activities are becoming more active, as well.

One such individual is the president of Colombia, Juan Manuel Santos. Recently, Santos met with the executive director of the UN Office on Drugs and Crime and was briefed on UNGASS.

Director Yuri Fedotov released a statement saying in part, "I informed the President that the preparations [for UNGASS] had strengthened the dialogue with the scientific community, as well as engagement with young people. The UNGASS 2016 would also help lay the foundations for more effective and positive action, and lead to meaningful progress."

Along with a number of other Latin American presidents, Santos is on record as calling for drug reform. Back in September 2014, he joined with seven other presidents, including Otto Perez Molina in Guatemala and José Mujica in Uruguay, Kofi Anan, several high-ranking former US officials and businessmen in endorsing a report by the Global Commission on Drug Policy that condemned the drug war as a failure and recommended major prohibition reforms.

Of course, the push toward legalization isn't restricted to the Americas. Back in May, TheCheatSheet.com released an article entitled, "10 Countries Leading the Push for International Marijuana Legalization."

In the same way that many legislators across America are keeping their eyes on Washington and Colorado, so are lawmakers and policymakers across the globe. The experiments in legalization that are playing out in certain U.S. states are not only going to be of paramount importance for the legalization movement in the rest of America, but likely in many other countries as well.

The article went on to list the 10 countries involved in ongoing legalization via debate or legislation including The Czech Republic, Jamaica, Spain, The Netherlands and India. Other countries not listed by the article may include, for instance, Austria, Belgium, Finland and France.

While the push to legalize cannabis seems to be sweeping the globe, the aftermath will doubtless be more complex from a regulatory and legal standpoint. It will also give entrepreneurs and investors some terrific opportunities along with significant risk. The risk will come from investing in ballyhooed cannabis opportunities that may not be commercially viable. The reward will be generated by completing the due diligence necessary to pick winners in this sector.

When contemplating an investment in any one of a number cannabis startups, one might do well to consider management experience, especially as it pertains to medicinal-grade cannabis oils, extracts and related products. One might also investigate a given company's research and development alliances, as these may prove critical to the development of the company.

Here are some other questions to ask:

Does the company have a competent management and legal team and are its localized alliances properly rooted within the industrial and political decision makers given region?

Does the company's business plan address the necessary branding, marketing and public relations efforts that will be necessary to penetrate and sustain a competitive advantage in "whitening" markets in an increasingly global industry?

Is the company competent to raise sufficient capital to enable large-scale supply? Can it generate and pursue a cost-effective, scalable and flexible production model on an ongoing basis?

We believe that as the industry advances and reputation risk subsides for many of the larger multinational firms, they will eventually start to "roll up" the "competition." After all, this is a worldwide mega market worth hundreds of billions of dollars annually. Watch for big retailers to dominate the distribution end of the marketplace and big tobacco to focus on the cultivation and supply side of the industry.

To us, the trend is clear and without doubt positioned to be one of the biggest, most talked about trends to hit the financial marketplace during the coming decade. In fact, we'll go so far as to suggest it will be the biggest and most powerful trend and that Wall Street will be fanning the fires of public appetite, as it always does when it smells profits.

One of the differentiating factors that we have not heard many others talking about is the lack of general opportunity for speculators, speaking of traditional sectors that traditionally garner significant investor interest – sectors like oil and precious metals. These sectors are clearly not inundated with interest these days and that has a lot of sidelined speculative capital looking for "action."

We think the cannabis industry is the elephant about to enter the room and that Bloomberg, CNBC and other mainstream financial media outlets will be right there front and center alongside their Wall Street pals making sure the general public knows all about it.

An upcoming era that's reminiscent of Internet stocks in the '90s before reality came crashing in and investors realized that cashflow and profits really do matter after all? Again, we tend to think so. Choose your entrants wisely in this burgeoning industry … you want to be sitting on a boat that doesn't capsize when the rising cannabis trend eventually comes crashing down.

Colombia has the potential to lead the way in the 21st century when it comes to a variety of agricultural efforts – and cannabis is certainly one of them. We'll be continuing with regular coverage of cannabis from a global perspective but also from the standpoint of Colombia's incredible potential when it comes to this exciting and rapidly evolving global trend.