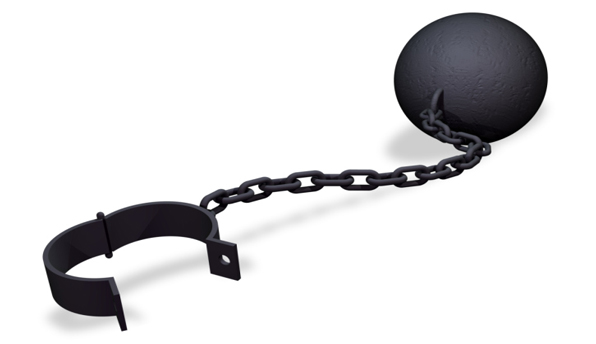 Colorado approves retroactive reversal of marijuana convictions … The Colorado Court of Appeals has ruled that residents there convicted of marijuana possession before recreational weed was legalized may be eligible to have those decisions overturned. As of January 1, 2014, adults from Colorado are legally allowed to buy up to one ounce of marijuana under the state Constitution's recently passed Amendment 64. But with upwards of 9,000 marijuana possession cases being prosecuted each year before then, a huge chunk of the state's population is now left wondering how the newly enacted law impacts previously decided court rulings. – RT

Dominant Social Theme: Now people who have been put in jail for smoking dried vegetation may go free. Society advances.

Free-Market Analysis: From the standpoint of "justice," the eventual reversal of tens of thousands of marijuana cases in the US can be seen as bolstering civil society. But it also raises serious questions and will have serious ramifications.

Chief among these ramifications will be additional questioning about why marijuana was banned in the first place, and why people received prison sentences that blighted their lives – and the lives of their families.

This is not like the re-legalization of alcohol. There was no Internet at the time to provoke a sustained debate about Prohibition – nor to examine the political realities behind the 1920s ban.

But the Internet makes that kind of examination practical and over time this examination will likely provoke a more intensive argument over the West's state-oriented judicial system.

Earlier this month on March 13, the three judges of the state's appeals panel said that part of an earlier decision in a case against a Colorado woman sentenced in 2011 for marijuana possession should be vacated. In making their decision, the appellate court wrote that there could be post-conviction relief if "there has been significant change in the law."

"Amendment 64, by decriminalizing the personal use or possession of one ounce or less of marijuana, meets the statutory requirement for 'a significant change in the law' and eliminates and thus mitigates the penalties for persons convicted of engaging in such conduct," the judges opined.

A spokesperson for Colorado Attorney General John Suthers has since told NPR that the office will likely appeal the court's latest ruling, but if it stands then it will set the stage for a substantial number of residents to have their convictions reversed.

… Brian Vicente, a pro-marijuana activist who helped write Amendment 64, told the Associated Press that the ruling was a "huge victory" that could affect hundreds of people who were sentenced to jail terms for petty marijuana offenses in recent years and sought appeal.

On a number of occasions, we've indicated that the corruption marking the West's economic, judicial and military institutions will eventually come under attack legally. This is already starting and will surely be an emergent trend as the 21st century continues.

At some point, politicians and government officials generally – perhaps along with the judiciary – will begin to be accountable for some of the familial and societal havoc they have caused, including illegal wars and abusive financial and penal practices. Already suits are beginning to be filed against the securities sector, not for individual wrongdoing but against the system for embedded fraud … especially involving gold manipulation.

There are already some 20 states in the US with active secession efforts. Abroad, secession is being pursued as well. Venice just voted to secede from Italy by a stunningly large margin, and though the vote is not binding, it is certainly significant.

There are many reasons why marijuana is being decriminalized around the world. But being a publication that examines elite dominant social themes, we have to consider that pot is being subject to legalization in order to combat impressions about Western society that the Internet has already revealed.

In other words, the alternative media has presented evidence of manipulations of sociopolitical and economic facilities that seem to indicate that Western "democracy" is not nearly so egalitarian as it is portrayed to be. Instead, the West – and the world – is manipulated by a controlling elite that utilizes a form of directed history to generate increased internationalism.

A widely publicized and world-spanning decriminalization of marijuana would surely tend to counter current negative impressions concerning Western governments, or at least refocus some of the attention on a liberalizing trend rather than increasingly fascist ones.

But as we pointed out above, this is essentially a delicate balancing act. While people may approve of drug liberalization, the questions it raises will probably haunt the legal system for a long time to come – and even begin a trend that may result in a radical rethinking.

The modern state-oriented judiciary in the West and elsewhere is a relatively modern phenomenon. In the past, for many thousands of years, justice was at least partially private and people worked out their grievances between themselves or with third-party advisors.

We would tend to believe that the marijuana meme is fairly unstoppable for a variety of reasons, as we have written in the past. But decriminalizing or legalizing cannabis around the world is bound to create other problems for those that are organizing this significant legal evolution – perhaps in the hope that it will distract from larger inequities.