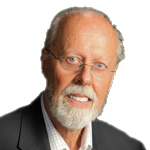 The dollar has been the world reserve currency since 1944 and the Keynesian Fabian socialist economic palaver in New Hampshire's White Mountains. They all should have paid more attention to Lord Keynes.

The situation is now gradually getting desperate, which is proven by America's attempt to isolate Iran financially. An effort by Hillary Clinton to choke Iran's economy by financial blackmail has failed miserably. Iran has concluded trade agreements with India to deal in gold, with Russia to deal in rubles and with China to deal in yuan. Those three, by the way, are Iran's largest by volume trading partners. Other nations that are avoiding the dollar are Venezuela, Cuba and any number of additional South American states.

To try accomplishing economic policy changes in opponents simply does not work if your currency is seen as weak and the government is seen as incapable of rational behavior. To say that our government has acted irrationally for the last ten years is a major understatement. The dollar has been severely weekened through our national budget and spending practices that any fool will see are untenable. In the face of this reality, Obama has now asked for and Congress has granted yet another massive $1.2 trillion inflationary monetary expansion, with more borrowed money. This will bring the total national (on the books) debt to about $17 trillion by 2013. Off the books we can only assume about another $53 trillion. Given Washington's make-believe accounting practices, no one has the slightest idea of what our nation's finacial position really is.

How screwy can all this get? Today, February 7th 2012, Benjamin Bernanke in front of a Senate panel stated, "Since I have been in office the American inflation rate has been steady from between 1-1/2% to 2%." That's right, Ben. Just keep letting your chauffer fill the gas tank and your cook do the shopping and buy your clothes in Hong Kong while indirectly billing it all to the taxpayers, and you can keep up this charade indefinitely. The really sad matter relating to this is that not one of the over 15 Senators in the hearing challenged Bernanke's pronouncements.

The fact of the matter is that the government has turned into the largest lie-promoting facility in the world. And let us be clear. It makes no difference which of the two clubs is in power, the end result always being identical. Inflation in the immediate past has been 10% in 2009, 12% in 2010 and 12% in 2011 and will be 15% in 2012. Removing the cost of fuel and food from the statistically produced government-reported information makes it all worthless.

Every time the FRS expands the fiat money supply inflation jumps. This does not bode well for the strength of the dollar, which has actually been falling for the last ten years. As the value of the dollar declines prices of everything you buy not domestically produced, which is almost everything, rises in cost. The buying power of your individual income in fixed dollar valuation of 1950 has fallen every year for the last 62 years. When your author lived in NYC in 1952 movies (always a double-feature) cost 75 cents, a cup of coffee was a nickel, a new Chevy was $1,400 and a one-family home cost 9 to 14 thousand dollars.

Why would the Department of Labor produce any more realistic data than the FRS? They, in fact, play the same silly game – this time, just as before – for the benefit of the progressives who want to keep their gratuitous jobs in Washington. They are now reporting the unemployment level as 8.4%, which is so utterly ridiculous that not even 4th graders believe it. Here again, by simply refusing to count all those who fell off the benefits wagon – well, you know what I mean; those whose unemployment benefits have expired – not counting those entering the labor market, those no longer looking for employment and those forced to take jobs at much lower income, they have succeeded in underreporting national unemployment statistics that actually are (according to ShadowStats.com) 24.4% as of 02.02.12 – which, by the way, is identical to the "Great Depression" peak in 1933. By the way, that's not even counting the over 30% of teenagers, blacks and Hispanics. The government-issued numbers do make Obama and Congress look the heroes!

Budgets, as produced, and proposed budget cuts by Congress are always quoted as 'over the next ten years.' Since congressional spending is never planned longer than three years, this is just another load of BS. This is more smoke and mirrors accounting through which any budget cuts are transferred to Never Never Land while the smoke and mirrors fantasy just continues.

In fact, Congress, whatever they tell you, has not cut one single penny in spending for the 2011 and the 2012 budget years. It is obvious even to people with minimal education that you cannot continue spending money that you borrow. Today our government borrows 43 cents of every dollar that it spends. This borrowing increases the national debt and transfers our outlays to our children and grandchildren while further eroding the value of the dollar, making everything more expensive.

In foreign trade through the enactment of "Free Trade" policies – NAFTA, CAFTA, WTO and GATT and our latest fiasco of a free trade deal with Panama, Columbia and South Korea – we have produced ever-growing trade deficits for the last 20 years. The American trade balance has not been balanced since the '60s; today the trade deficit is about $817 billion every year. With NAFTA, our annual trade with Mexico went from a $5.7 billion surplus to a $67 billion deficit in just ten years (2002 to 2012). In the meantime these trade policies have lost us 10 million manufacturing jobs, the highest paid blue-collar jobs in America, and 40,000 manufacturing enterprises. If you buy more than you sell every year – and are now close to approaching buying one trillion dollars more than you sell – you will shortly go belly up.

The end of the dollar as the world's reserve currency is at hand. We would expect this to take place before the 2012 election or very shortly thereafter. Once the dollar ceases to be the international reserve currency we will be unable to continue this game. To verify that inevitability we have noted that Russia, China, Japan and India have been dramatically reducing their American debt holdings in the last six months.

But the worst will be that we will have to provide actual value for what we (you and I) are nationally purchasing. Let us be very clear. We are at the present time buying foreign goods at 60 cents to the dollar. This is because our government continues to put forth statistical information that is bogus, while the money we borrow (40 cents on the dollar) is not part of the statistical information. While the purchase power of the dollar has fallen 97% since 1913 the real plummet only began after Richard Nixon took us off gold conversion. With one "Quantitative Easing" after another, dollar value has fallen dramatically. Then, when in March 2009 the Fed suspended reporting the M-3 money supply, all bets were off. You see, the M-3 statistic factually reported the amount of new money pumped into the existing dollar pool in circulation. Without that information all dollar valuation is simply conjecture.

Now, let us understand one thing clearly: The people doing this are the international banksters with the able aid of the politicians and the passive acquiescence of the media. If you voted for a Republocrat in the last election you have no one to blame save yourself.