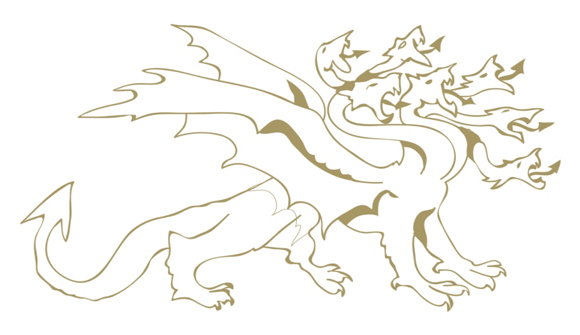 EDITORIAL
Who Said the Hydra Would Take It Lying Down
By Antal Fekete - April 19, 2013

… while its several heads were being chopped off one-by-one?

I have never appealed to the so-called conspiracy theories in trying to explain the strange world of fluctuations in the price of monetary metals. But neither have I ever said that the fiat-money Hydra will take it lying down when it comes to chopping off its several heads one-by-one.

Markets for the monetary metals under fiat money

Here are the relevant facts:

(1) The U.S. government defaulted on its obligation to pay its short-term dollar debt to foreign governments and central banks in gold at a fixed rate, as confirmed by several international treaties and by the solemn pledges of several sitting presidents, on August 15, 1971. Subsequently it has been bankrolling a chorus of servile academic cheerleaders and other sycophants to shout from the rooftop that the gold standard was a 'barbarous relic' anyway, quite ripe to be gotten rid of – in an effort to cover up the shame of fraudulent default (fraudulent because the U.S. did have the gold and could have lived up to its international obligations).

(2) Thus the U.S. confiscated some of the gold belonging to institutions outside its own jurisdiction, but could not confiscate all of it. University economics departments and research institutions have failed to investigate what gold at large will do in the long run. They just assumed that it will be business as usual without gold in eternity. Well, it didn't quite turn out that way. Speculators soon started trading gold futures, first in Canada, then in 1975 in the U.S. as well. No universities and think-tanks showed an interest in studying gold futures trading and its long-run consequences. Why, gold has been reduced to the status of frozen pork bellies. We know all that is to be known about trading frozen pork bellies, don't we? Supply and demand, right? And when push comes to shove, it is easier to increase the supply of paper gold than that of frozen pork bellies, isn't it? (With due apologies to the late Fritz Machlup of Princeton University for this interpretation of his theory of gold futures trading.) We may bypass the question whether our institutions ignored problems connected with futures trading of monetary metals on their own volition, or whether they did so under duress. As it turned out two scores of years later, the failure to study the consequences of the so-called demonetization of gold (euphemism for highway robbery) has caused an unprecedented world disaster: the disintegration of the world's payments system that is now unfolding before our very eyes.

(3) A scientific inquiry would have shown back in the 1970s that the gold basis (defined as the difference between the nearby futures price and the price for immediate delivery of gold) would be robust; in fact, it would be at its maximum (equal to the carrying charge, or opportunity cost of holding gold). But soon it would start its relentless decline all the way to zero and beyond. A negative gold basis, a condition known as backwardation of gold, would create an extremely unstable situation in international finance because it meant risk free profits for holders of gold. Knowledgeable market participants realize that persistently falling basis means increasing scarcity which, in the case of gold, is not and cannot be alleviated by current output from the mines. Output ultimately proves no match for the mass movement of gold going into hiding, first gradually, eventually reaching crescendo when the threat of permanent gold backwardation starts looming large. At that point all deliverable supplies of physical gold would be gobbled up by gold hoarding. In case of monetary metals, in contrast with all other commodities, high and increasing prices may not bring out new supply. Rather, they might make supply shrink. Monetary metals are exempt from the law of supply and demand.

Under permanent backwardation, as no gold were offered for sale at any price, the 'price of gold' would become a vacuous concept. Gold, silver and, soon enough, all other highly marketable goods would only be available through barter. In other words, paper money as we know it would simply cease to function. We cannot fathom how our complex world economy could operate under such circumstances. One thing was certain, though: the world economy would contract in a way that would make the contraction in the 1930s appear as a blip on the screen.

(4) All bubbles, all currency and financial crises of the past forty years are direct or indirect consequences of the vanishing gold basis – whether we admit it or not. A few years ago Professor Robert Mundell of Columbia University invited me to attend his annual seminar at Santa Colomba, with most of the leading monetary scientists in attendance. I circulated a statement warning of the danger of permanent gold backwardation and how it would adversely affect the world economy.

I argued that permanent backwardation of gold would be a watershed-event. As long as the gold futures markets are open, U.S. Treasury debt is still gold-convertible (albeit at a fluctuating rate, never mind that the rate is minuscule). But no sooner had gold futures trading stopped after the advent of permanent backwardation than gold was no longer to be had in exchange for U.S. Treasury debt. The entire outstanding debt of the U.S. was worth not one ounce of gold. Not one gram of it. It is insane to pretend that this would make no difference in world trade, as pretended by official doctrine. This event would mark the transition from monetary economy to barter economy.

My missive did not provoke a single rejoinder. It was simply ignored. All the same, I have reasons to believe that people in the U.S. Treasury and the Federal Reserve started to listen and they took a crash course on the problem of vanishing gold basis and the threat of permanent gold backwardation.

(5) To summarize, in forcing the world off the gold standard in 1971 the U.S. government created a many-headed Hydra. The problem was compounded by the apparent gag order, muzzling research on the gold basis – as a face-saving exercise to cover up the fact of default.

Gold is not the same as frozen pork bellies after all

In waking up too late that there was a problem after gold futures markets have been flirting with backwardation for a year or so, officialdom was forced to act. Act it did in a typically haphazard fashion. A few days ago, on April 12 and 15 the paper gold market was demoralized by a ferocious attack on the lofty gold price. This in and of itself is proof that Bernanke is fully aware that permanent gold backwardation is imminent, and that it will create an unmanageable situation. It's got to be stopped in its track at all hazards.

Well, well, well. Gold is not the same as frozen pork bellies after all. The Hydra is not taking it lying down. The kid gloves have finally come off.

Bernanke is trying to stop gold backwardation by selling an unlimited amount of gold futures contracts through his stooges, the bullion banks. He is underwriting losses they are certain to suffer in due course. We can take it for granted that they haven't got the gold to make delivery on their contracts. In fact, delivery of gold will be suspended under the force majeure clause. Short positions will have to be settled in cash, to be made available by the Fed's printing presses. Gold futures trading will be a thing of the past.

Bernanke and columnist Paul Krugman, formerly his subaltern colleague at Princeton don't understand that the issue is not the price of gold. The issue is backwardation or contango. In trying to wrestle the gold price to the ground the Fed makes "the last contango in Washington"* an accomplished fact.

From the frying pan into the fire

Ostensibly a lower gold price would solve the problem Bernanke has. Demoralized gold bugs would be forced out of their holdings through margin calls. Disillusioned investors would shun gold. This would make physical gold available to rescue the strapped gold futures market.

In fact, however, a lower gold price is making the problem more intractable, not less. The Fed is diving from the frying pan into the fire. This is the point missed by almost all observers and market analysts. They ignore the underlying flight into physical gold that continues unabated, in spite of (or, better still, because of) the panic in the paper gold market. The Fed's intervention in bankrolling short interest is going to back-fire, for the following simple reason. The Fed's strategy is inherently contradictory. A lower price for paper gold makes it easier, not harder, to demand delivery on maturing futures contracts.

The more paper gold Bernanke sells, the lower the cost of acquiring physical gold in exchange for paper gold becomes. The price of the nearby futures contract will drop to hitherto unimaginable depths, relative to the cash price, making backwardation worse, not better. Ultimately this will make backwardation irreversible. Welcome to the world of permanent gold backwardation.

From what hole does the evil deflationary wind blow?

Academia and the financial press have utterly failed to recognize the relevance of gold backwardation as regards deflation. They might fret about hyperinflation as a result of unbridled money-printing (euphemism for the monetization of government debt). Yet the real danger is not on the inflationary but on the deflationary front as realized even by Krugman – while he is perfectly clueless on the question from what hole the evil deflationary wind blows (other than conservative wishful thinking).

Well, I can pinpoint the location of the hole to within yards for the benefit of Krugman. It is on Constitution Avenue, in Washington, D.C. The evil deflationary wind is blowing from the building of Federal Reserve Board.

If Bernanke thought that his attacks on the gold price would stem deflation, well, his efforts were counter-productive, to put it mildly. They have, in fact, made the flight into physical gold accelerate. Permanent backwardation of gold, and its concomitant, the re-invention of barter – the ultimate in deflation – will be the result.

All the same, it is destroying the dollar and the international monetary and payments system.