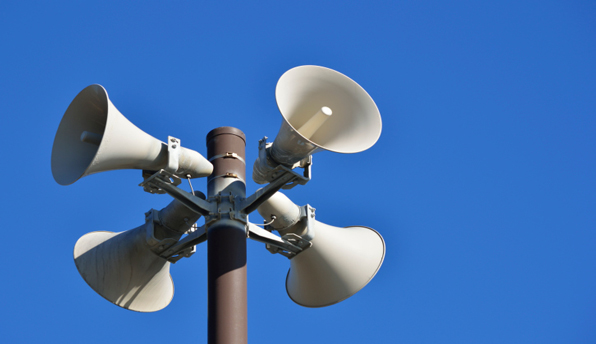 CNN has announced that "trust in government is at an all time low." Like so many CNN articles, this one makes a factual statement and then lets it lie there, undisturbed.

In fact, the article, based on a CNN poll, needlessly complicates its point by seeming to make a dual lead. The news about "trust" is noteworthy on its own, but the article deals with the anniversary of Watergate as well.

It is not clear why the two topics are related except tangentially. Watergate may have sapped the confidence of citizenry in their federal government but today's loss of trust is an entirely different matter.

Nominally, the reason that the article deals with the two subjects is because the poll itself does. And the article, based on the CNN poll, does make the point that Watergate provides a kind of dividing line both generationally and numerically when it comes to trust in government.

Before Watergate, most US citizens trusted government, CNN tells us. After Watergate, the numbers dropped to under 50 percent and have never recovered.

Here's an excerpt from the article:

CNN Poll: Trust in government at all-time low … Four decades after President Richard Nixon resigned, a slight majority of Americans still consider Watergate a very serious matter, a new national survey shows. But how serious depends on when you were born.

The CNN/ORC International poll's release comes one day before the 40th anniversary of Nixon's resignation on August 9, 1974. With the Watergate scandal escalating, the second-term Republican president had lost much of his political backing, and he faced almost certain impeachment and the prospects of being removed from office by a Democratic-dominated House and Senate.

There's a big generational divide over the significance of the scandal, with a majority of those older than 40 describing Watergate as a very serious problem and those under 40 saying it was just politics.

The poll also indicates that the public's trust in government is at an all-time low.

Just 13% of Americans say the government can be trusted to do what is right always or most of the time, with just over three-quarters saying only some of the time and one in 10 saying they never trust the government, according to the poll.

"The number who trust the government all or most of the time has sunk so low that it is hard to remember that there was ever a time when Americans routinely trusted the government," CNN Polling Director Keating Holland said.

"But polls conducted by the University of Michigan consistently found a majority of Americans in the 1960s and early 1970s saying that the government could be trusted all or most of the time – until Watergate. In 1972, 53% said they trusted the government always or most of the time. By 1974, that figure had plummeted to 36%, and except for a brief period of patriotic sentiment immediately after the 9/11 attacks, it has remained under 50% ever since," Holland added.

The survey indicates that skepticism doesn't stop at the White House and Capitol Hill: Only 17% of Americans believe that big business can be trusted to do what is right always or most of the time.

Absurdly, the article continues for another few paragraphs with a summary of Watergate and how it affected US confidence in government. But there's no follow-up to the jaw-dropping assertion that only 13 percent of US citizens believe government "can be trusted" to do the right thing.

These are not normal numbers. These are Soviet Union style numbers. Or numbers that might have generated from a poll of Chinese during the depth of the starvation generated by Mao's ruinous Great Leap Forward.

For the longest time, we've been told that the horrible numbers associated with US Congress – confidence is reportedly in the single digits now – must be tempered by people's affection for their OWN congress-people. But if these larger numbers are to be believed, then the lack of support for Congress must be a fairly accurate assessment of how people really feel, regardless of affiliation.

Certainly, we've been predicting this. One of our main paradigms is that the Internet Reformation is undermining elite dominant social themes that create the "directed history" consolidating world power on behalf of increased global governance.

We made these arguments when we were mocked. We made these arguments when people explained to us patiently that the power elite was all-encompassing and achievement of its globalist goals was inevitable. But we believed differently. We knew, in fact, that there would need to be several cycles under the scrutiny of alternative 'Net reporting before the duopoly of the US political system broke down, exposing the proverbial "man behind the curtain."

And of course, just recently we've seen exactly this process taking shape. After several years of denigrating the Tea Party folks and literally decades ignoring libertarian trends, the Establishment is reaching out to individuals espousing both political philosophies. This is just what happened in the 1970s and 1980s, when the establishment finally turned to Reagan – not to implement his policies but to take advantage of his persona.

Yes, blame it on the Internet. The Internet gave the US electorate (Europe was affected, too) a proverbial ringside seat from where they watched the corrupt and murderous antics of Bill and Hillary Clinton, the meretricious warmongering of George Bush and finally the implosion of the Barack Obama mythos, the man who embodied "hope and change" but has only delivered sociopolitical chaos and economic degeneration.

This is not hyperbole. This is not "conspiracy." Homeland Security is buying billions of bullets. Only 13 percent of US citizens "trust" government. And this from a CNN poll! We don't much believe in modern polling, but it seems right to us. The only quibble we have is that the number is probably less.

The spinmeisters have gone to work, of course. The predictable rebuttals should be emanating from the socialist side of the aisle, but the philosophical bankruptcy is so extensive that one of the saddest comes from the sometimes-sensible Rush Limbaugh. I'll quote it at length because it may stand, historically speaking, as a classic embodiment of a kind of … cognitive dissonance.

The following is taken from the transcript of Mr. Limbaugh's radio program. (In other words, it is not an article, but part of his larger on-air commentary.)

RUSH: CNN, another poll: "Trust in Government at All-Time Low." (interruption) What did you say? (interruption) Great news? It's maybe not great news. Well, this is why I'm bringing it up first. It may not be good news. Trust in government, yeah, if that's what it remains, but what if, as we have seen is the case with a lot of young people who voted for Obama, they're not blaming him; they're blaming America. The American dream is over. The salad days are behind us. It's not faith in government, really, that's being questioned or falling. It's the country.

That's what worries me. That's why this cannot be allowed to result in a distrust of America and its founding principles, and believe me, there are all kinds of people that want to take advantage of a poll like this. "Trust in Government at All-Time Low." They say, "Well, see, America is just not made for life in 2014. America needs to change."

Now, as I say, there's both opportunity and danger here. An opposition party grounded by conservative principles would be a good thing, presenting an alternative. Make sure that this distrust in government does not become distrust or disbelief in the country. But believe me there are people out there that are gonna be making that happen, or trying to make that happen.

Well, count us among those endorsing "disbelief." We're not sure what country Limbaugh is referring to. There are actually five or six cultures that make up the US – and probably many more, perhaps hundreds. A country is an artificial "thing" – lines on a map.

So, what Limbaugh is really talking about is his own somewhat fantastical creation: the "Conservative Republic." This involves a strong military-industrial complex, a hyper-moralistic domestic regime and a fiscal and monetary system that supports entrepreneurialism.

We're all for the last part of Mr. Limbaugh's phantasmagoria, but even here, you'll never hear him discuss the fundamental issues, which involve the judiciary mandate of corporate personhood. Get rid of corporate personhood and there would be a lot more opportunity for entrepreneurs as multinationals began to shrink and the unholy marriage of corporatism and monopoly central banking began to whither.

Limbaugh never deals directly with monopoly central banking. The ability of a few good, gray men to fix the price and value of money on a monthly and sometimes daily basis leads to tremendous faux booms and ruinous busts.

Of course, the "harmless, loveable little fuzzball" – as he calls himself – is constrained by advertisers and beset by spokespeople for the mainstream GOP. Perhaps this is why he never mentions that when the GOP has occasionally developed a majority of Congress to go along with an executive in the White House, the results have been dismal.

Sorry, Rush. There simply is not going to be a "conservative" epiphany in the US today. It will never happen. The ramifications of a 13 percent metric when it comes to support of the US and its economic and sociopolitical systems are profound. No country can remain the same with such numbers.

Internationalists are attempting to handle the fallout of the Internet Reformation by setting up false-flag dialectics and by isolating and radicalizing dangerous arguments and factions. But these are 20th century solutions. The Internet is a process, not an episode. Every time a "threat" is dealt with, another arises. As time goes on these threats multiply and expand. Nothing stops them.

What top globalists are counting on now, apparently, is the evolution of general chaos that distracts people and lays the groundwork for further top-down international solutions. My perspective is that even this tried and true methodology is not going to be effective, either. When Rome fell, after all, it fell hard. There was no "after" – or not in terms of a recovery of the Empire. Once lost, it was not to be found again, or not for hundreds of years.

Human action is a necessary corollary of a 13-percent confidence factor. Whether it is taking advantage of the current Wall Street Party, purchasing money metals, farmland or second residences abroad, people need to do as much as possible to protect themselves, their loved ones, friends and local communities.

The warning light is blinking. Only the timing is in doubt, not the inevitable evolution of plunging confidence numbers. Hear the sirens sound?