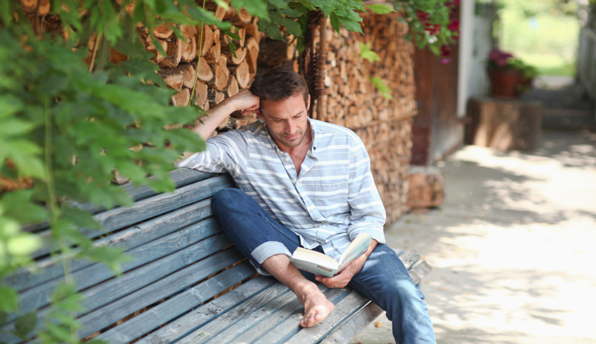 EDITORIAL
A Must Read This Summer for All Free-market Thinkers
By Anthony Wile - July 18, 2014

Mark Tier's latest title, Trust Your Enemies: A Political Thriller, which I found to be an intensely compelling Libertarian ride, is his first foray into fiction, following upon his excellent nonfiction writing that I've enjoyed for years. Having known Mark for a long time I finally had the pleasure of meeting him in person here in Toronto in June. While dining together, he passionately told me about his new book and, although we talked about it at some length and I certainly was excited to read it, I was not prepared to be so instantly captured by Mark's writing style and the content itself. And I certainly haven't been the only one with this reaction. Just three of the reviews at Amazon convey that others shared my experience:

"Up there with The Girl With the Dragon Tattoo. Powerful, intense, very well written." – E. Young

In this political thriller that, in my opinion, rivals anything published to date, fiction-wise – including Ayn Rand's Atlas Shrugged and The Fountainhead – Tier addresses a wide range of difficult issues such as terrorism, education, religion, the war on drugs and the realistic, truly ugly underbelly of politics – which, in another election year that promises more of the same dirty politics and underhanded conniving as ever, Tier's work is especially timely.

Mark Tier's characters are captivating, especially Alison, and draw the reader into their lives in a strikingly personal way. As Mark commented about his book, Trust Your Enemies asks: "How does an ordinary person become a Howard Roark? Or, more broadly: a moral person?" Tier has succeeded marvelously in wrestling through this difficult question through his development of Alison's personality and character and those around her.

Again, from Mark Tier, about the process of writing Trust Your Enemies: "Writing non-fiction had been 'paying the rent' for three decades. But writing fiction, I quickly discovered, is very different. Non-fiction is two-dimensional; fiction has three dimensions. To put it simply, non-fiction doesn't 'live' the way fiction does. Fiction is an invitation into a world where people interact with each other. … The characters became so real they began speaking for themselves. That just doesn't happen when writing non-fiction."

Trust Your Enemies has proven, once again, that fiction can be a compelling medium for expressing libertarian thought and ideology in a non-dogmatic, accessible manner to both the uninitiated and those deeply educated in such matters. I encourage you to get a copy and dive into the brought-to-life grappling of these characters' struggles with issues we all need to be concerned with.

Trust Your Enemies: A Political Thriller is available in Kindle or Nook e-book format or paperback from Amazon.