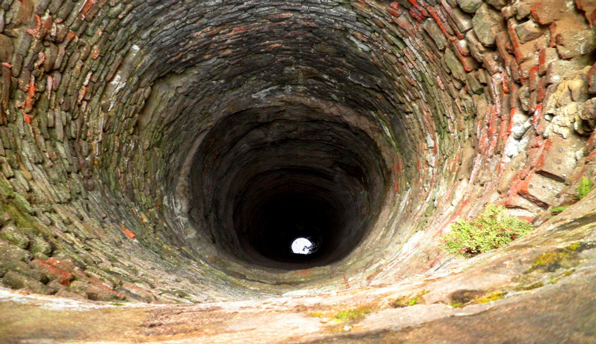 EDITORIAL
An Ever Deeper EU to Join the Wall Street Party?
By Anthony Wile - June 14, 2014

European Commissioner for Employment and Social Affairs László Andor has delivered a historic speech calling for a deeper union. It is at least in part a response to recent Euro-elections that showed the EU electorate is fed up with "Europe."

… I never thought I would live to see a serving European Commissioner suggest that it was "reckless" to launch the euro without a lender-of-last resort or fiscal union to back it up.

Or that that the internal devaluation policies forced on the victim states are cruel and inherently self defeating.

Or that EMU's stabilisation regime has not come close to putting monetary union on a viable footing, able to command political consent over time. But we have one today from László Andor, and it is a corker, delivered in Berlin of all places.

Well … it's not just a corker. Andor, like many other Eurocrats, has struggled with the rejection of the EU in recent elections and come up with the predictable solution … The solution to Euro-fatigue is … more Europe!

This is a kind of psychosis, and it is a predictable one. Way back in May, 2013, in an article entitled, "Europe's Leaders Fear Revolution," we wrote:

Despite the risks that have been taken – which may well tear the EU apart – the top leaders of the EU press ahead with a determined effort to deepen the EU's political brief.

Pay attention to what they are proposing. The problem of structural unemployment created by the euro is to be combated by extraordinary pan-European measures …

More people than ever before throughout the West are aware of top-down machinations and increasingly resent them. What comes clear … is that Eurocrats are aware that patience is running out.

You see? "The problem is to combated by pan-European measures." It's been obvious for years. There is never a single issue that cannot be fixed by more "Europe."

And yet in the recent pan-European parliamentary elections, fed-up voters across Europe sent a different message.

In Britain, the anti-EU party UKIP scored impressive gains. In France, the anti-EU National Front (FN) won the largest number of votes, while Francois Hollande's Socialists fell to third. In Denmark, the anti-immigrant Danish People's Party took about 23 percent of the vote…. The Alternative for Germany (AfD) Euroskeptic party polled 7 per cent in Germany.

Here, from a late May 2014 article entitled, "Europe Sinks … As Predicted":

The headlines exploded last night with EU election results showing clearly that voters in France, England, Germany, Denmark, Hungary and Greece (among others) had had enough of the EU … The dialectic (controlled as it is) is shifting. As we predicted, the tribes of Europe are getting restless.

These tribes were happy to take the cash when the EU was handing it out. But now, stuck with austerity and open borders, they are a good deal less content. In fact, they are angry and growing angrier.

No matter. Andor's speech shows us once more what the solution will be. And Evans-Pritchard summarizes it pithily:

His proposal – for starters – is a pan-EMU unemployment scheme to act as a fiscal stabiliser and to share the burden of asymmetric shocks … It implies a full-blown political union under a higher sovereign parliament (or an authoritarian priesthood regime), with both the substance and the machinery of a unitary state. It means that the historic nation states must abolish themselves, becoming linguistic or cultural provinces of a federal union.

In a sense, this is a kind death knell. Evans-Pritchard continues:

None of this is remotely possible. The German Constitutional Court has ruled in crystal clear language that any such move is a violation of the Grundgesetz and will be prohibited (unless the constitution itself is changed). You can perhaps read the European elections in many ways, but to suggest that the French people – for example – are clamouring for a further erosion of sovereignty takes a heroic willingness to overlook the facts …

He has a point: In describing the solution, the speech inevitably introduces the mortal contradiction of the EU's position. More:

The dangers of an orphan currency with no fiscal union were explored as long ago as 1970 in the Werner Report. It argued that the currency would act as "a leaven for the development of political union, which in the long run it cannot do without".

The Marjolin Report of 1975 proposed a "Community Unemployment Benefit Fund". The MacDougall report of 1977 said monetary union would need a shared budget of 5pc or 7pc of Community GDP.

He quotes the speech itself:

The proposal was in fact that regions with a current account surplus should contribute and deficit regions should draw down funding, as normally happens within nation states, so that social cohesion and aggregate demand could be maintained.

Did Helmut Kohl, François Mitterrand, Jacques Delors and other founding fathers of the EMU not understand that the incomplete structure they were setting up would be prone to crises? Was it not reckless for them to launch an irreversible monetary union without a proper fiscal pillar? Did they not care about the possible social consequences of macroeconomic adjustment based predominantly on internal devaluation?

In fact, political leaders in the early 1990s were far from ignorant about the importance of social cohesion, but they believed that it could be essentially achieved through legislation and social dialogue.

This is key. Andor is too polite to state the obvious, and so he asks a series of rhetorical questions, but it amounts to a fundamental accusation: EU leaders knew what they were doing when they launched the euro without a fiscal union.

How does he characterize that launch? He calls it "incomplete" and describes it as "reckless." Finally, he loses patience and states the obvious: EU leaders were "far from ignorant" about what they were doing but believed that remedies would be "achieved through legislation and social dialogue."

This will not be reported by the mainstream press as the stunning admission that it is. The top EU elites were more than willing to play God with the fortunes and futures of hundreds of millions of people.

The grim reality of such actions is to be seen almost everywhere in Europe, but especially in Southern Europe where the economies of such countries as Spain, Italy, Greece and Portugal have collapsed. There are few jobs for young people and in many ways economic contraction has continued now for more than half a decade.

Andor concludes his speech as follows:

The EU cannot live together for too long with the risk of monetary breakdown, which also would bring with itself social and political breakdown. If our Economic and Monetary Union is meant to be irreversible, it must also be fair and it must be based on solidarity. Either we give up the dogma of 'no fiscal transfers' in the EMU, or we give up the European Social Model.

Is it really? Or is an apology is in order? Today, as 10 or 20 years ago, the top men in the EU continue with an experiment that has destroyed wealth throughout Europe, compromised social comity, broken up families and spilled considerable blood. All this is being done in the name of a dubious "union" that is supposed to guarantee that Europe will never go to war with itself again.

Haven't the Eurocrats noticed that Europe is at war with itself right now? It was a most avoidable war, as a matter of fact. Europe was prosperous and peaceful only a quarter-century ago. The euro, which was supposed to cement that prosperity, has in fact shattered it.

That this was BY DESIGN, is a great crime, and one that Europe's top leaders should be accountable for. They knew, before they implemented the euro, that its failure was to be the "leaven" that created pressure for continued social and fiscal integration of their great experiment.

The arrogance is astounding. Yet times are changing; the clever contempt of EU leaders has been punctured by the Internet. It is one thing to plan the demise of European nation-states in private. It is another to see that intention reported for all the world to understand.

Still, the deepening of the EU has long been vaunted. Andors has made it official. The difficulties the EU faces are to be countered by the reality of an ever-closer union.

This is certainly an elite dominant social theme. It will play out against a backdrop of what we call the "Wall Street Party" – a fundamental monetary inflation taking place around the world. Most recently, Japan signaled it would participate as well.

The central bankers have reason to inflate. The European experiment is precarious and economies around the world are teetering. Part of Mr. Andors's speech, no doubt, has to do with creating the possibility, rhetorically at least, that the EU, too, can join in the mass inflation building around the world. This no doubt seems the only way out for those who have engineered the current economic cul de sac.

They will print and print until the danger is past and stock markets have traveled through the roof. Wealth is to be destroyed and pensioners bankrupted, but the system itself is to be perpetuated and expanded.

It continues to be a cynical exercise in creating haves and have-nots. Those with the wherewithal to invest will likely do a good deal better – in the near future anyway – than those sitting in the "safety" of low yield instruments.

The gears are grinding and the intention obviously is to grind down anyone who gets in the way. It's worked in the past. But past is not present, as we've often pointed out.