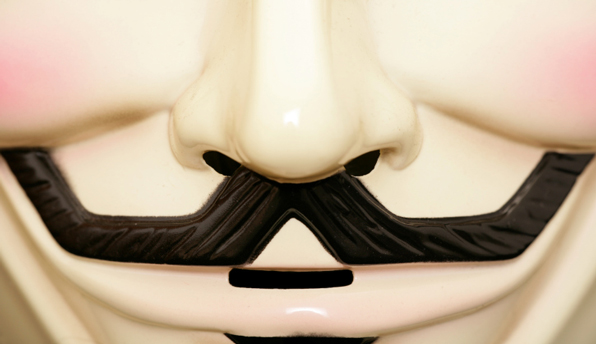 An article in Politico magazine provides us with a relevant dominant social theme that reinforces the precarious position of the predatory one percent – as first presented by Occupy Wall Street. Is the OWS meme revving back up? Too bad. We enjoyed the relative quiet.

It is truly a pernicious meme, drawing attention away from the twin building blocks of the modern Western state: monopoly central banking and corporate personhood. It is also pernicious because it seemed to be following the pattern of agitation that led to the French Revolution.

The idea of the French Revolution was to provide a secondary conflict to blur the profile of the "American Revolution." The US Revolution was truly revolutionary because its animating perspective was that rights came from a "creator" not from the state. This was most threatening to the power elite of the time, which hastened to undo the revolution as much as possible as fast as possible.

17th century mercantilists apparently were determined to gain back lost ground. The French Revolution therefore was a determinedly political affair positioned as a "people's revolution." The narrative was presented that the "people" had rebelled against their Royal exploiters and that the state itself was the expression of the people's will and the repository of the people's justice.

This is very similar to OWS's positioning and is evident in its fixation on the "one percent" that are today's target, at least in the US, as there is no king to depose. But the misleading nature of OWS ought to be apparent to anyone who studies it closely.

The movement is structured around class resentment rather than systemic analysis – whereas the real problem of the modern era is surely the formidable and unequal power that resides with international corporations and central banks. Neither of these elements were OWS's preferred targets because OWS was and is NOT a serious protest movement, in my view. Instead of debating and promoting REAL solutions, OWS's upper echelon was fixated on targeting Wall Street operators and Manhattan millionaires. (For a while, factions of OWS picketed townhouses … )

Nick Hanauer, author of the article in question, is obviously impressed by OWS. In fact, he's blunt about it: He wants everyone to know that men with pitchforks are coming after the wealthy. Here's some of the article:

The Pitchforks Are Coming… For Us Plutocrats … Memo: From Nick Hanauer To: My Fellow Zillionaires … You probably don't know me, but like you I am one of those .01%ers, a proud and unapologetic capitalist. I have founded, co-founded and funded more than 30 companies across a range of industries—from itsy-bitsy ones like the night club I started in my 20s to giant ones like Amazon.com, for which I was the first nonfamily investor.

Then I founded aQuantive, an Internet advertising company that was sold to Microsoft in 2007 for $6.4 billion. In cash. My friends and I own a bank. I tell you all this to demonstrate that in many ways I'm no different from you. Like you, I have a broad perspective on business and capitalism. And also like you, I have been rewarded obscenely for my success, with a life that the other 99.99 percent of Americans can't even imagine. Multiple homes, my own plane, etc., etc. You know what I'm talking about.

In 1992, I was selling pillows made by my family's business, Pacific Coast Feather Co., to retail stores across the country, and the Internet was a clunky novelty to which one hooked up with a loud squawk at 300 baud. But I saw pretty quickly, even back then, that many of my customers, the big department store chains, were already doomed. I knew that as soon as the Internet became fast and trustworthy enough—and that time wasn't far off—people were going to shop online like crazy. Goodbye, Caldor. And Filene's. And Borders. And on and on.

Realizing that, seeing over the horizon a little faster than the next guy, was the strategic part of my success. The lucky part was that I had two friends, both immensely talented, who also saw a lot of potential in the web. One was a guy you've probably never heard of named Jeff Tauber, and the other was a fellow named Jeff Bezos. I was so excited by the potential of the web that I told both Jeffs that I wanted to invest in whatever they launched, big time.

It just happened that the second Jeff—Bezos—called me back first to take up my investment offer. So I helped underwrite his tiny start-up bookseller. The other Jeff started a web department store called Cybershop, but at a time when trust in Internet sales was still low, it was too early for his high-end online idea; people just weren't yet ready to buy expensive goods without personally checking them out (unlike a basic commodity like books, which don't vary in quality—Bezos' great insight).

Cybershop didn't make it, just another dot-com bust. Amazon did somewhat better. Now I own a very large yacht. But let's speak frankly to each other. I'm not the smartest guy you've ever met, or the hardest-working. I was a mediocre student. I'm not technical at all—I can't write a word of code. What sets me apart, I think, is a tolerance for risk and an intuition about what will happen in the future.

Seeing where things are headed is the essence of entrepreneurship. And what do I see in our future now? I see pitchforks. At the same time that people like you and me are thriving beyond the dreams of any plutocrats in history, the rest of the country—the 99.99 percent—is lagging far behind. The divide between the haves and have-nots is getting worse really, really fast.

… Unless our policies change dramatically, the middle class will disappear, and we will be back to late 18th-century France. Before the revolution. And so I have a message for my fellow filthy rich, for all of us who live in our gated bubble worlds: Wake up, people. It won't last. If we don't do something to fix the glaring inequities in this economy, the pitchforks are going to come for us. No society can sustain this kind of rising inequality.

Mr. Hanauer styles himself modestly, but he is actually from an old-line industrial family that fled Germany and settled in the US during the 1940s. He leads an international bedding company, which is probably one of the places from where the funds came from to invest in Jeff Bezos's Amazon startup.

Bezos himself was affiliated right from the start with some super-wealthy individuals including John Ingram. Wikipedia explains that Amazon "began as an online bookstore, an idea spurred off with discussion with John Ingram of Ingram Book (now called Ingram Content Group), along with Keyur Patel who still holds a stake in Amazon.

Today, of course, Bezos is worth over US$20 billion and recently purchased the Washington Post. This is causing some discomfort at the Post because Bezos also has signed a US$600 million contract with the CIA. Bezos is also affiliated with Bilderberg. The Post is notoriously involved in purveying CIA messages and did so aggressively throughout the Cold War.

Mr. Hanauer keeps powerful friends. But his article is problematic because of its one percent orientation, and gets more so when it moves to the solution – which is simple enough, even simplistic. Hanauer wants to raise the minimum wage! Granted he wants a rather large increase, but really, does he expect us to believe that the serious issues affecting the US can be ameliorated by raising wages for a targeted few?

Rising income inequality and class anger is not going to be cured by raising wages. That's a kind of diversion. The real issues run much deeper and to the heart of the monetary system and corporate industrialization. But these issues are not even touched on in this article, even though they should be. Instead, we get the suggestion, once again, that government policy is necessary to undo the damage that government has already caused.

This is a constant and misleading message. We are always told to look to the political process for social and economic solutions. But really, government has a lousy track record when it comes to ensuring our wealth or safety.

Mr. Hanauer believes income inequality can best be solved by government. Do you really think so? …