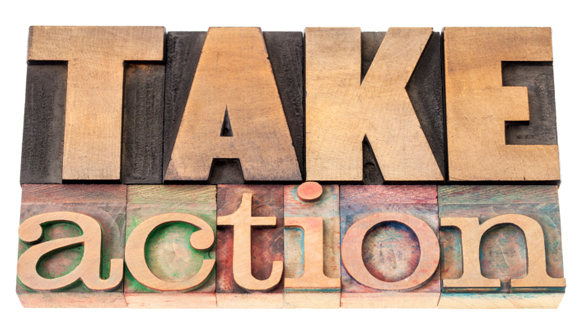 EDITORIAL
And the Antidote to the Great Fiscal and Monetary Crisis Is …
By Anthony Wile - February 23, 2013

"Fiscal trouble ahead for most future retirees." Or so the Washington Post tells us in a recent column explaining why future retirees (Baby Boomers) are headed for considerable trouble. Grim reading, actually.

For the first time since the New Deal, a majority of Americans are headed toward a retirement in which they will be financially worse off than their parents, jeopardizing a long era of improved living standards for the nation's elderly, according to a growing consensus of new research.

This is worth commenting on because it only illustrates a larger point we've made a number of times: The system is broken and if you listen to mainstream financial advice you're going to end up homeless on a soup line hoping for dinner.

What is pernicious about articles like this one, in my humble view, is that they purport to be telling the truth but don't provide either context or historical accuracy. Here's more from the Post article:

The Great Recession and the weak recovery darkened the retirement picture for significant numbers of Americans. And the full extent of the damage is only now being grasped by experts and policymakers. There was already mounting concern for the long-term security of the country's rapidly graying population. Then the downturn destroyed 40 percent of Americans' personal wealth, while creating a long period of high unemployment and an environment in which savings accounts pay almost no interest. Although the surging stock market is approaching record highs, most of these gains are flowing to well-off Americans who already are in relatively good shape for retirement.

Liberal and conservative economists worry that the decline in retirement prospects marks a historic shift in a country that previously has fostered generations of improvement in the lives of the elderly. It is likely to have far-reaching implications, as an increasing number of retirees may be forced to double up with younger relatives or turn to social-service programs for support. "This is the first time that Americans are going to be relatively worse off than their parents or grandparents in old age," said Teresa Ghilarducci, director of the Schwartz Center for Economic Policy Analysis at the New School for Social Research.

Advocates for older Americans are calling on the federal government to bolster Social Security benefits or to create a new layer of retirement help for future retirees. Others want employers and the government to do more to encourage retirement savings and to discourage workers from using the money for non-retirement purposes.

But those calls have been overwhelmed by concern about the nation's fast-growing long-term debt, which has left many policy-makers focused on ways to trim Social Security and other retirement benefits rather than increase them. The economic downturn exacerbated long-term factors that were already eroding the financial standing of aging Americans: an inexorable rise in health-care costs, growing debt among older Americans and a shift in responsibility from employers to workers to plan for retirement.

The article never explains the "Great Recession" but merely asserts it – like a fact of life. We are supposed to accept that these things occur without searching for the cause. But those who don't understand history are doomed to repeat it.

There were, of course, those who understood quite clearly what was about to happen. They did their best to warn us but the powers-that-be (and general population) remained complacent. Late in 2007, things took a turn for the worse. The economy began to crash and by 2008 the devastation had spread to the rest of the world and the "sovereign" debt crisis had begun to afflict Europe.

In Greece, Spain, Portugal – most of Southern and Eastern Europe – retirements have been reduced or have evaporated entirely as a result of the "Great Recession." In the US, tens of millions lost 50 percent of their life savings or more in the ongoing crashes of 2007 and 2008. And today, tens of millions more don't have anything else to lose.

While once children could have supported their aged parents, the current crisis has reduced the employment prospects for young people in much of Europe to nearly nil. None of this was expected by those involved but a lot of it was predicted by those who understood monetary history and were aware of its goals.

One can argue, of course, that this was part of a larger Money Power strategy to create a fiat dollar – and shove the world toward a single currency. If so, then the rest of the West's (especially the US's) monetary history makes a lot of sense. Sovereign overspending was utilized to generate the justification for a deal with Japan. Japan would buy US treasuries and US consumers would purchase Japanese products.

This elevated some Japanese companies to world class status and also made Japan a more consumerist and Westernized society. The same sort of thing happened in China in the later 1990s and 2000s. Africa is apparently next on the list to be consolidated. In each instance, a case is made for the transformative effects of capitalism but unfortunately, it is not capitalism that is being created but a kind corporatist mercantilism.

The Washington Post article seems to yearn for the past, when government programs were seen as helpful and effective. Here's the important graf:

The precarious situation comes after a long period of change that improved life for the nation's seniors starting with the enactment of Social Security in 1935. By the 1960s, retirees also benefitted from universal health insurance through Medicare and Medicaid, sharp increases in Social Security benefits and new protections enacted by the federal government for workers who received traditional pensions, which for decades were a standard employee benefit. The changes rescued millions of retirees from poverty, while lifting millions of others to prosperous retirements symbolized by vacation cruises, recreational vehicles and second homes. But now problems for future retirees seem to be closing in from all sides.

You see? This is a sentiment that is beyond simplistic. It is dangerous. The more that people put their trust – and financial health – into the proverbial hands of the state, the more apt they are to end up without the security they've counted on. We can see this today. It is not a hypothesis but a reality.

Historically speaking, modern corporatist states are not run for citizens' benefit. The concern that is expressed, the dialogue that is being presented every day, are merely distractions. Think of how many billions of words have been written about Western retirements, how to save for the future and how to invest in a profitable way. Despite all that has been talked about, written and otherwise presented, the current system is wrecked and people's prospects are getting worse not better.

Lately, I've noticed an uptick in people's positive emotional response to the markets and the economy. But the same misinformation and economic manipulation that occurred before is occurring now. Central banks have dumped tens of trillions into the larger marketplace and when that money begins to circulate rates will have to be raised and recoveries, such as they are, will be cut short. The dollar reserve system itself must be seen as in a kind of terminal decline as well. Sorry, folks.

Let price inflation move up even a little, and the carrying costs of US debt will likely become insupportable. These trends simply aren't being explained on a regular basis. Instead, we get alarmed articles about how a US "savings deficit" has to yield to targeted, government oriented financial programs. Alternatively, we get widely publicized policy battles about deficit reduction and continued and expanded "austerity." But neither government programs nor austerity will help salvage the larger economy, in my opinion.

Here's the good news, though: You don't have to worry about it.

There are practical steps you can take to help yourself. Some of them you'll find right within the pages of this website, TheDailyBell.com. Don't wait for government. Don't keep hoping that bureaucratic "wonkery" will come to the rescue. Recognize you have to do it yourself.

There are, of course, certain kinds of equity opportunities that you can invest in – if you can find a trusted advisor. And there are – or should be – steps you can take to move some of your holdings offshore and into precious metals or even real estate. There are plenty of other positive steps you can take on your own and within your community to ensure your and your family's safety.

We are still being taught to look toward government for the solution to our private retirement dilemmas and general prosperity. The last century should have taught us that this is a chimera – what we like to call a dominant social theme – that government and public spending are a substitute for individual responsibility.

Unfortunately, no matter how many articles are written, or how much is broadcast, reality doesn't change. The person responsible for you is … you. And if you are to have a good and hopefully prosperous life, you will have to take action to make it so.