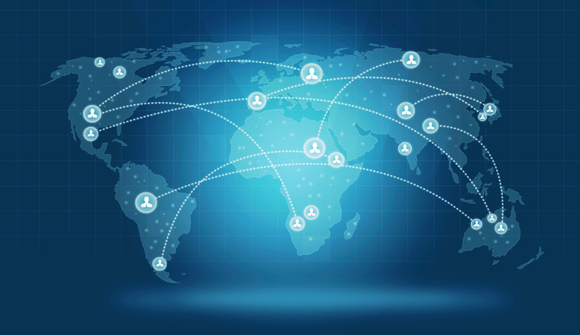 Business Insider has published an interesting article, "Why The World's Most Sustainable Company Publishes CO2 Emissions Next To Its Earnings." It's part of a sponsored "Future of Business" series, which examines how "cutting-edge technologies are rapidly reshaping our world, from how businesses run to how we live."

I don't know about you, but when I see the word "sustainable," I get a bit suspicious. It's one of those jargon words that is applied these days to certain businesses regardless of suitability.

What is a "sustainable" business anyway? Here it is being used somehow to indicate a "program" of sustainability. Presumably that means the company is doing its part to "sustain" the world.

Of course, my feeling is that companies ought to stick to their mission statements regarding the value that they are trying to produce for shareholders. The Earth has been around five billion years – supposedly – and short of a large planet crashing into it, I think its "sustainability" is assured no matter what.

Whether or not a pharmaceutical company is intent on salvaging the planet, this blue orb will keep on spinning, probably long after said pharmaceutical firm has passed on, merged, whatever …

In this case, the company that is so concerned about the Earth is Danish-based pharmaceutical giant Novo Nordisk. We learn from the article that Novo Nordisk "is particularly committed both to sustainability, and using data to measure it." From the company's website:

Novo Nordisk is a global healthcare company with 89 years of innovation and leadership in diabetes care. The company also has leading positions within haemophilia care, growth hormone therapy and hormone replacement therapy. Headquartered in Denmark, Novo Nordisk employs approximately 33,900 employees in 75 countries, and markets its products in 190 countries.

Novo Nordisk is so concerned about the sustainability of Planet Earth that they were named "the world's most sustainable company by Corporate Knights this year." Other awards have been bestowed as well.

The article quotes Susanne Stormer, "Novo Nordisk's vice president of corporate sustainability." She speaks about "global stakeholder engagement," and how the company employs data to analyze the business impact of sustainability.

We are informed that according to the latest annual report, the company's CO emissions from "energy 2" were down to 93 thousand tons from 95 the year before. Also, the company "was selling cheaper insulin in 75 developing countries up from 67 the year before."

These two facts are published right alongside the 21.9 percent growth in earnings per share. The implication is that being a good corporate citizen adds to the bottom line. Perhaps so.

Stormer doesn't make a direct connection, however, preferring to speak to more ambitious goals. "[Sustainability is] about showing respect for people, the patients that we're serving, and the people who work at the organization."

A "triple bottom line" is written into company bylaws stating that they would conduct their business in a way that is "financially, environmentally, and socially responsible."

And as a result the company has integrated various kinds of reporting since 2004, providing financial results alongside data on environmental and social targets. "The reason why we do that is because we think it's important that when you talk about sustainability, that you don't just [tell] the tree hugger stories and the compelling emotional part of why a company should be sustainable, but … to hold ourselves accountable to our stakeholders and to drive internal accountability."

There is a practical side to all this, apparently. Novo Nordisk officials believe that their emphasis on social contributions and environmental concerns appeal to certain investors and potential customers.

The article explains that the company has created a series of case studies "showing the social and business impacts of specific measures."

But the way Stormer describes it, these indices measure "value that your work generates to the world … also how it benefits society."

That's not a value then that drops directly to the bottom line. But Stormer believes the company is on the way to "making [a] business case in a strong and convincing way." We never learn what it is though. Too bad.

There ARE green benefits, however, that drop directly to the bottom line. According to Stormer, "By devising a partnership with our energy supplier we were able to convert from black energy based on coal to green energy based on wind power."

This, we learn "worked out for everybody," because the company is saving money in the long term and the wind power industry in Denmark itself got a boost. "It really was one of these win win/win examples."

Stormer concludes: "In order to be in business for the next 90 years or a 100 years we have to consider how do we interact with society and what does society look like? So the basis for our sustainability work is to say we believe that a healthy society, healthy environment, and healthy communities are the foundation for success as a business."

I've tried to be fair to Novo Nordisk but I certainly have questions about the company's emphasis on green programs and social activism. I noticed in reading the article that outside of some energy savings the firm really doesn't seem to have a firm handle on costs and benefits.

This is significant. Despite all their efforts, company officials seem to have no idea how much their efforts to be a good corporate citizen are costing and how much the company's bottom line is benefitting. If I were a shareholder in this company, I'd want to know such things.

In researching the company, I came across the following press release:

Peter Lawætz Andersen is awarded The Novo Nordisk Prize 2011 … The Novo Nordisk Prize 2011 goes to Peter Lawætz Andersen, DMSc and Head of Research at the Department of Infectious Disease Immunology, Statens Serum Institut (SSI), for his ground breaking tuberculosis research. His work has improved diagnostics and has resulted in a new vaccine with the potential to eradicate the disease.

A little more searching on the Internet yields the following from New Scientist, Nov. 1979:

'The world's biggest trial (conducted in Southern India) to assess the value of the BCG tuberculosis vaccine has made the startling revelation that the vaccine 'does not give any protection against the bacillary forms of tuberculosis'.' … The 'exhaustive and meticulous' study, involving 260,000 people, found more TB in the vaccinated group than in the non-vaccinated. After this, scientifically-valid vaccine trials were abandoned.

Holland had the lowest death-rate from TB in Europe due to the fact that it rejected the TB vaccine. The French government forced, by law, the vaccine onto all French children: Prof. Mercie, of the Pasteur Institute, who produced and sold the useless shots, explained 'It helps finance the Institute's research.' TB is now making a widespread comeback, particularly in intensively-vaccinated tropical countries.

Now, one can speculate that the NEW tuberculosis vaccine is better than the old one(s). But at the very least – as part of its "good citizen" effort – shouldn't Novo be informing people that there is considerable trouble with vaccines generally and that specifically, vaccine cocktails are being held responsible for the rise in autism in the West?

This brings up a larger point, which is that the company's good citizen efforts can be interpreted in ways that are negative rather than positive. Even without taking a position on whether or not the concept of global warming is legitimate, one can question whether the company's support for carbon reduction is a sensible idea.

Company officials seem to believe that removing carbon from the atmosphere will help stem global warming. But I'd argue that company shareholders ought to investigate this program and its impact on the company's bottom line. There's no definitive evidence I know of that the world is growing warmer or that reducing the amount of man-made carbon (a tiny percentage) will in any way affect climate trends.

Finally, Novo's main business is related to diabetes care, but it's recently been shown in at least one double-blind test that short, intense bursts of physical exercise can have an extremely beneficial effect on diabetes, especially type 2 diabetes.

If the company really wanted to be a good citizen, one would think that such news would be prominently featured by the company as a way to control diabetes without drugs, or with minimal drug intervention. I didn't see any mentions of this study or its conclusion.

I did check on the company in Wikipedia and found a timeline going to 2010 regarding the company. At the end of the timeline, the following information was mentioned:

Obviously, Novo officials want the company to be a "good corporate citizen," but like any other multinational corporation, Novo's REAL agenda is probably considerably different than its stated one.

The very largest companies are surely involved with what we call the "power elite" and their agendas have not only to do with making money but also with extending and solidifying globalism.

A lot of Novo's contrived public persona seems aimed at reinforcing globalist memes having to do with green conversation, carbon sequestration and alternative energy. Each one of these "dominant social themes" is scientifically questionable and may not add much if anything to the bottom line.

If I were a Novo shareholder I'd be quite skeptical of the company's "good citizen" efforts and would regularly re-evaluate my investments – or even contemplate a reduction.

Novo's efforts seem more based on PR than reality. And unfortunately, when it comes to multinationals, Novo is not alone.