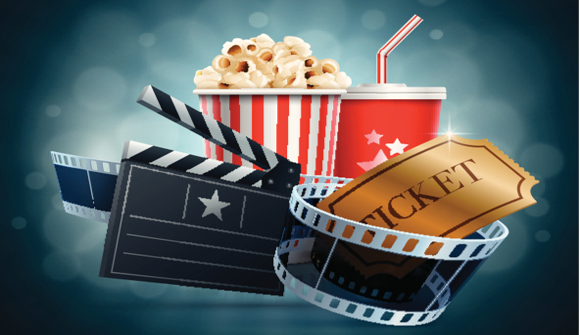 EDITORIAL
Auditing the Fed Is a Sideshow: Who Audits the Auditors?
By Anthony Wile - July 28, 2012

On Wednesday, Ron Paul's bill to audit the Federal Reserve was overwhelmingly passed by the U.S. House of Representatives. The vote was 327 to 98. You would think that a bill with such overwhelming support would easily become law. But it won't, because Barack Obama and the Democrats plan to kill it. Senate Majority Leader Harry Reid has already said that the Senate will not even consider the bill. But of course if Barack Obama called Harry Reid and told him that he wants this bill to get through the Senate so that he could sign it then Harry Reid would be singing a much different tune. Sadly, we all know that is not going to happen. Barack Obama's good buddy Ben Bernanke called the Audit the Fed bill a "nightmare scenario" last week, and Obama is certainly not going to do anything to upset Bernanke – especially this close to the election. – Daily Caller

An audit of the Federal Reserve would be nice but really it wouldn't change anything. In fact, it would likely prove a kind of sideshow from reality, which is that monopoly central banking should simply be abolished.

And that probably won't happen until people get so sick and tired of being driven into bankruptcy and despair that they begin to kick the doors down and arrest the criminals cowering inside.

And they ARE real criminals. The system is responsible for debasing currency the world over and driving billions into poverty and even suicide. In the West it has blighted the hopes and dreams of millions who scratched and saved and then found their portfolios devalued by half or whole on a single day.

But it is worse in Third World countries. The money never even trickles down in these countries. Billions of people live on literally a couple of dollars a day.

This despite the United Nations and other international institutions that are supposedly dedicated to eradicating poverty. In fact, these institutions create the poverty they supposedly wish to remove. They do so via institutionalized violence costing trillions. War is the health of the state but it sickens everyone else.

It's not as if people don't already know the depths of the depravity that is the modern money system.

There's really no justification for the Fed, a monopoly central bank that issues fiat money as it chooses.

The exposure is irrelevant to the evident reality. The reality is that a small group of white, middle aged men can never figure out how much money an economy needs at what price.

The reason to audit the Fed is to find out what "they" are up to. But we already know that. A limited audit examined transactions during 2008 when the world's financial system froze up. It found the Fed had loaned out more than 16 trillion dollars, almost interest free, to the "too big to fail" banks.

This is not exactly astonishing. The same men who have built this dysfunctional system handed out trillions to various cronies when the system was in danger of collapsing.

So here is what a Fed audit would discover: More of the same. It would likely also discover that a shadowy group of dynastic families control the workings of the Fed, as they do of other central banks, and use money-from-nothing to further implement world government.

Of course, even if an audit-the-Fed bill passed by some miracle it still wouldn't be effectively implemented. The best we've got is the "fox guarding the hen house," and that effectively precludes any real investigation into central banking, specifically or generally.

We can see this at work even with the audit-the-Fed bill the House just passed. Eight co-sponsors of the legislation actually voted against the bill and most of them, when contacted, refused to explain why.

This is to be expected. Money Power is a vast and intimidating force. If you want to get ahead in this world, one way to do it is to advance the agenda of Money Power, which seeks world government.

Money Power flourishes because it is resistant to the kinds of investigations offered by Ron Paul's audit. Money Power works busily many layers deep.

Money Power in aggregate is not fazed by an audit. An audit that blows up the current system would probably usher in a state-run gold standard or some new form of money, perhaps SDRs, also controlled by the power elite. Out of chaos, order …

We don't know what societies would look like absent monopoly central bank money stimulation. The past 100 years have hyped the world's banking and industrial systems into overdrive. It's considered normal but there is nothing normal about China's empty cities or the razing of Detroit.

Long ago, the Rothschild family helped found the system under which we now labor but they've been aided and abetted by hundreds and thousands and then millions of others. The men at the top understand full well what is going on. Congress, both House and Senate, are complicit in what's taking place, which is no less than the slow-motion rape of the American people.

A Federal Reserve facility that can issue US$ 15 trillion in a weekend to preferred clients is not an entity that should stand another minute. And the political institutions that tolerate this sort of facility should be removed as well.

Congress is a bastion of bought-and-paid for front men. Those in Congress have created a US$ 3 trillion Leviathan that bestrides the world with tax collectors, murderous Intel agents, endless warfare and the poisoning of millions, including US vets, with depleted uranium.

Now this same Congress has brought down the curtain of fascism on the American people via "Homeland Security" with its groping, ID checks and poisonous radiation machinery.

This is the group that is supposed to audit the engine of this dysfunctional, murderous funding?

Even if it did, it wouldn't make any difference.

The cleansing must go far deeper. It starts with … you.