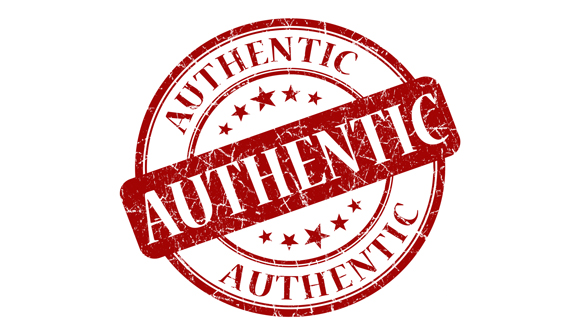 This fat so-and-so is shooting off his mouth again. Just stuff him full of crack cocaine and shut him up.

After reading a recent Hill article about Toronto Mayor Rob Ford's comments blasting Obamacare's unaffordability, I looked for a little bit more information about the "controversial" pol – and being a resident of Toronto, I really do not need to travel much further than the neighborhood bar for an earful of opinion.

It just didn't seem right to me this plus-sized guy was getting so much heat when Chris Christie, with the same kind of physique mostly gets a pass and is able to pose as a portly crusader.

But Rob Ford is being painted as a combination of Chris Farley and the crack-loving former mayor of DC, Marion Barry. What's even stranger is that his comments about Obamacare seem correct. It's a spendthrift program and a dishonest one besides.

The goal of its backers is to create universal healthcare. The dishonesty is the way it's been constructed and implemented, as if its supporters are doing everything they can to paralyze the US medical system and ensure that people finally give up on anything resembling a market-based solution. The current system, in other words, is merely a waystation. Ford is correct

Here's part of the Hill article:

"I don't believe in all this public-funded health care because we gotta pay for it," Ford told WJFK's "The Sports Junkies." Ford said that in Canada, the country "can't afford" their universal health coverage. "What you guys are doing down there, I just, I can't get my head around it because it's costing a fortune, and I don't know where you are going to find the money, except the taxpayers pockets," he continued.

"And I think people are taxed to death, and I don't mind two-tier healthcare; if you want healthcare, you pay for it. I understand that. And we have general healthcare up here, or OHIP we call it, but, you know, it's gonna cost a fortune for you guys to put in this ObamaCare, and I just don't see how the people are going to be able to afford it, to tell you the truth."

Ford added that he personally liked Obama but that he did not "like his politics." The embattled Canadian mayor admitted last month that he had purchased and smoked crack cocaine.

So is Ford just a North-of-the-Border Marion Barry? Not according to "The Witness" blog. An article entitled "The Toronto Political Machine and the persecution of Toronto Mayor Rob Ford" states "Rob Ford is essentially a poke in the eye of Toronto's elites on the part of middle class suburbanites who feel disenfranchised and taken advantage of."

Indeed, it is hard to imagine a greater insult to the powers that be than to foist an overweight, football loving, beer swilling mayor on them" … One would gather from the Toronto Political Machine that Mayor Rob Ford is the next worst thing to Adolf Hitler (not Stalin, and certainly not Mao – after all, did not Justin Trudeau recently profess admiration for the latter? In truth, both those despots making Hitler look like a choir boy by comparison).

Mr. Ford's unforgivable "sin" was that in defeating Mr. Smitherman, he enabled Torontonians to collectively jab a thumb in the eye to the TPM. The election really was symbolic of an outsider beating the crony insider. Mr. Ford had to be destroyed.

In fact, from the moment – and even before – Rob Ford declared his candidacy, the TPM took up an incessant hounding and persecution of the man: he was a "misogynist", a "homophobe", a slob, a football coach…. their media cronies would stalk him at his home, stalk him when he went shopping, stalk, stalk, stalk….and even swear to his face, to mock his weight.

But this is OK – because the media belong to the TPM, (which includes the "hip" crowd of pot, cocaine and downtown parties). It's OK for that ever so "dreamy" TPM connected Justin Trudeau (err Justin Sinclair) to be a pot-head; for "super" minister Smitherman to turn his nose into a cocaine Hoover… but Rob with his ghetto crack…he is …. wait for it… he's, he's a SINNER!!!

It was also OK for the sainted Jack Layton (an ex-officio for life leader of the TPM) to be caught out naked by police in a Toronto whorehouse receiving "treatment" from an immigrant Chinese woman. That was dismissed because Jack was "hip". It was a "smear campaign", so the media clique claimed; the upper echelons in the police (TPM adherents) mysteriously suppressed any desire to press charges; yet the other day, Mayor Ford is "disappointing" to "Chief" of Police, Bill Blair (another TPM crony).

This is some strong stuff. But the mainstream media almost never publicizes idiosyncratic information about pols, especially if the pols are leftist. Obviously, Ford doesn't fit the mold. It's really upsetting the leftist press generally, but ironically not the majority of the regular everyday folks I chat with in Toronto. Here's something from the Guardian.

… Is Rob Ford a smart man? It would take a braver woman than me to adjudicate on this issue with confidence. One can argue that a politician who announces that the bad news is he smoked crack cocaine "probably in one of my drunken stupors", but the good news is that he will seek re-election next year must be, if not full-on stupid, then quite possibly high on crack.

But anyone insisting that this cross between Cartman from South Park and Chris Farley is not a brilliant politician in any sense of the word is overlooking the most bizarre element of this whole story. That really is saying something, seeing as we're talking about a story involving a mayor who allegedly saw in St Patrick's Day last year with cocaine, weed, OxyContin and a suspected prostitute. The fact is, a lot of Toronto still likes him.

What's not to like? Ford is obviously the anti-Mayor. In New York, Mayor Mike Bloomberg rails about "Big Gulp" soda and jets off to the Bahamas to play golf. Ford blasts unfunded programs like Obamacare and coaches football.

Ford may be a lot of things, but he is apparently not a phony. Voters in Toronto have had their fill of regulatory democracy just like people elsewhere throughout the West. Many still can't verbalize what the Internet Reformation is spreading but more and more surely are uneasily aware that the sociopolitical and economic system that has shaped their lives is falling apart … and deservedly so.

For the "gatekeepers," however, any fracture no matter how small necessitates an almost hysterical defense of the status quo. The Guardian writer is not just upset at Ford, but also at his supporters:

When I said earlier that Ford's supporters love him, I don't think I quite made it clear how much they love him. Put it this way: he is so beloved that there is an annual event in Toronto called Ford Fest where his supporters (known as "Ford Nation") gather to sing songs about him, eat barbecue and maybe even meet him. (Narcotics are not listed as a part of the event, for the record.)

Ford Nation represents the disaffected part of Toronto, the part unimpressed with its downtown liberals and their fancy coffees. Ford, to them, is the antithesis of all that liberal namby-pambyness: he's the ordinary working man (albeit one who buys crack) and a good family guy (albeit one who has been repeatedly accused of sexual harassment and who, when asked if he ever told a colleague he wanted to "eat her pussy" he replied that he has "plenty enough to eat at home"). In other words, he's Sarah Palin with a crack pipe, a politician who affects to be a typical guy (albeit one who grew up in a wealthy family – there are lots of albeits when talking about Ford) in opposition to the elite. Therefore his supporters say that all criticism of him comes from a snobby media.

Former New York mayoral candidate Anthony Weiner couldn't weather his scandals because no one liked him, Palin faded away because she and her family decided being celebrities looked more fun than politics. Ford, though, has managed to weather allegations of racial slurs, sexual harassment, threatening behaviour and substance abuse because, he suggested, he was one of them. Ford convinced the city that being "one of them" meant acting like a drunken fratboy. Who knew so many people in Toronto had such low self-esteem?

Oh, c'mon. In an era where fear and paranoia are rising quickly, telling the truth (any kind of truth) is a revolutionary act. For a pol to do so in a Western country like Canada – and in a determinedly socialist city like Toronto – is so unusual as to be exceptional.

The press Ford gets may be debatable, but not his authenticity. We wonder why, for a guy not implicated with receiving any form of graft, he got caught up in such a vicious media-based attack. Or perhaps that's the point … he just isn't dirty enough to be bought and was thus stepping on the wrong toes, as strange as that may sound to some.

Either way, Ford is dead right when he asks, "Where are you guys going to find the money to pay for all this?"