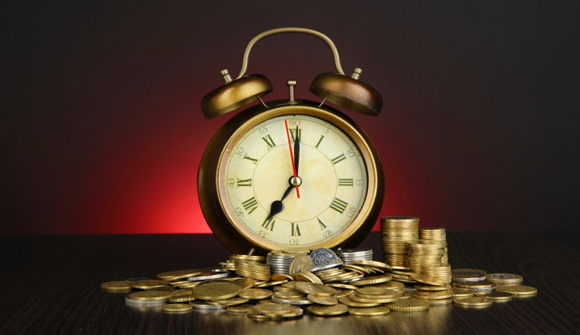 EDITORIAL
Bloomberg: So Many Memes, So Little Time
By Anthony Wile - November 16, 2013

Republicans are beginning to mention a gold link for the US dollar once more. This information is presented to us in a recent Bloomberg article entitled, "Republicans Asserting Reliance on Gold as World Loses Faith."

This is more of a dominant social theme than a curative. The disease of the West today is statism and the institutions of statism need to be removed, not merely reconfigured.

In fact, the Bloomberg article is chock full of memes. One nearly despairs at the aggressiveness of the disinformation. Here's how it begins:

So far this year, 52 lawmakers lined up to cosponsor Texas Representative Kevin Brady's "Sound Dollar Act," which would require the Fed to keep prices stable by monitoring a variety of assets, including gold, and by tracking "the value of the United States dollar relative to gold."

Republican Senator Mike Lee of Utah introduced similar legislation in February. Neither bill has been acted upon. "It's a stupid idea," Joseph Gagnon, a former Fed economist, said in an interview. "It's pretty clear the Fed thinks so, too, since they do the opposite. They go out of their way to exclude commodities."

The reason this proposal is a dominant social theme rather than a solution to the world's money problems is that it leaves intact both central banks and central banking. True, linking the dollar to gold would be a step forward, but not necessarily much of one.

What is needed is a return to private money along with the removal – not moderation – of central banks. The Bloomberg article mentions none of this. Instead, we are treated to an elite theme: The current situation is not tolerable and thus a state-controlled gold standard ought to be implemented to impose appropriate discipline.

Ryan, chairman of the House Budget Committee, also has been among Republicans who've suggested the Fed should peg the dollar to a "basket of commodities" that would include gold. Eliminating Taxes In April, three days after gold completed its worst two-day decline in more than 30 years, Lee, joined by Senators Ted Cruz of Texas and Rand Paul of Kentucky, proposed legislation to eliminate taxes on gold and silver currency declared legal tender by federal or state governments.

The measure would effectively allow the metals, now taxed at sale as collectibles, to serve as alternative currencies. Spokesmen for Brady, Ryan, Lee, Cruz and Paul declined to comment. Poe's office didn't respond to requests for comment. Rich Danker, director of economics for the American Principles Project, a Washington-based organization that advocates smaller government and free markets, calls legislation such as Lee's a "prerequisite" for a return to the gold standard, which his group supports.

Danker dismissed gold's recent decline. "The gold standard has never been about the floating price of gold," he said. "Gold's long-term value has always been steady. There's no reason to think that would change over hundreds of years."

The idea of anchoring U.S. currency to a precious metal dominated economic debates in the late 19th century with factions dueling over the use of gold, silver or both. Since the Democratic Party split in 1896 between the pro-gold incumbent President Grover Cleveland and his intra-party rival William Jennings Bryan, gold has been almost entirely a Republican obsession. "I can't think of any Democrat who's for it," said Richard Grossman, economics professor at Wesleyan University in Middletown, Connecticut, and author of the book "Wrong: Nine Economic Policy Disasters and What We Can Learn From Them."

President Franklin D. Roosevelt, a Democrat, took the dollar off the gold standard in one of his first moves to combat the Great Depression in 1933. President Richard Nixon, a Republican, broke the last link to gold in August 1971, ending the ability of foreign central banks to convert dollars into a fixed quantity of the metal. 'QE Infinity' In a November 2012 speech to an APP conference, Cruz, a Tea Party favorite, assailed the Fed's $85 billion in monthly asset purchases — an economic stimulus program known as quantitative easing — which he says puts the dollar at risk.

I wanted to quote this last paragraph because it illustrates the kind of misinformation that is regularly provided by the mainstream media. Roosevelt was NOT combating the Great Depression when he "took the nation off the gold standard."

What Roosevelt actually did was confiscate gold so that people would not turn their dollars in for gold and find out banks no longer possessed the requisite amount to make them whole. The reason that banks were short is because the Fed of the day had printed far more dollars than it was legally able to, thus placing more debt notes in circulation than there was in coffers to fill them.

You will not read this in the academic press or the mainstream media. The whole issue of gold-as-money has been obscured, surely purposefully. What is one to make of Ben Bernanke's famous recent statement, for instance, that, "Nobody really understands gold prices."

Bernanke is chairman of Princeton University's economics department but the history of the most significant money metal in the world, with a history of thousands if not tens of thousands of years, escapes him. Perhaps Janet Yellen is more conversant? Not a bit.

Here's what she said recently: "I don't think anybody has a very good model of what makes gold prices go up or down. It is an asset that people want to hold when they're very fearful about potential financial market catastrophe or economic troubles."

Is that really the case, Ms. Yellen?

And according to Bloomberg, there are "profound changes in the gold market." And what are those? "The rise of exchange-traded funds, for example, opened the market to retail investors, allowing them to buy shares representing physical holdings of gold without the hassle of taking delivery."

First, taking gold delivery is NOT a hassle. One reason to hold gold is in case of financial emergencies or natural disasters when gold can function as a kind of universal money. Second, there is considerable belief in the hard-money investment community that ETFs allow anti-gold elites further opportunities for downward manipulation of money metals. This seems at least a possibility, if not a practicality.

Bloomberg's anti-gold bias is reflected over and over. The article asserts, "Gold actually is an unreliable inflation indicator." The article quotes economists Jonathan Batten of Australia's Monash University, Cetin Ciner of the University of North Carolina at Wilmington and Brian Lucey of Trinity College, Dublin as stating that "gold has only a 1 percent correlation with inflation."

"Gold has not been an inflation hedge over the last 130 years," Lucey explained – a statement US citizens apparently agree with. "In an April Gallup survey, 24 percent of respondents called the metal 'the best long-term investment,' down from 34 percent in August 2011.

So a money metal considered valuable for thousands of years is now subject to Gallup polls? Incredible. Gold and silver will continue to hold their value long after the US dollar, like almost every other fiat currency, is extinguished by those purporting to protect it.

As for lawmakers' attempts to legislate some sort of linkage between gold and the failing dollar – that is at least unnecessary. As Western societies continue to suffer from monetary debasement, gold and silver will inevitably surge in popularity because of their increased practicality and marginal utility.

Bloomberg's many articles and false statements regarding gold are indicative of the fear the power elite has as its control of the world's economy continues to slip away. They use the tools and arguments of the 20th century to influence the 21st.

But these manipulations are increasingly out of date. They are losing and they know it.