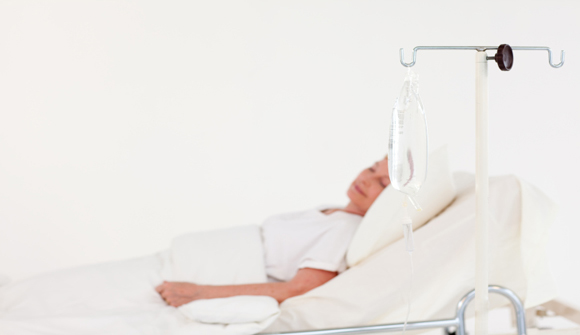 EDITORIAL
British 'End of Life' Panels Are Bad News for Everyone
By Anthony Wile - October 20, 2012

The Daily Mail received a lot of attention this week for an article entitled, "3,000 doctors putting patients on 'death lists' that single them out to be allowed to die."

Now, some of the feedbacks that the Mail received claimed that the End of Life Care Strategy (Fourth Annual Report) implied nothing of the sort.

But on page 8 of the report, we come to the following statement, "Find Your 1%, which aims to engage GPs in identifying the individuals on their lists who might be in their last year of life, so that they can undertake end of life care planning with them, has reached its midpoint target of 1,000 GPs signed up by August 2012."

This is fairly clear. General practitioners are being encouraged by the Government Department of Health to make lists of people who they believe are not going to live long. But that's not all. There are other unmistakable statements in the report that make it clear the mandate to provide end-of-life care is going to be aggressively implemented throughout the British state-run health care system.

Ministers have made a commitment to evaluate progress on end of life care to determine whether it is possible to introduce a right to choose to die at home. Over the next year the focus will continue to be on supporting people to be cared for and to die in their place of choice, providing community-based services to enable this to happen. Integration of services is key to this and will be a theme for the new Improvement Body, which will enable us to continue to work with our range of partners in the statutory, voluntary and private sectors. At the same time the Transform programme will continue to support improvement in end of life care in hospitals.

The local Electronic Palliative Care Coordination System/ End of Life Care Locality Register is about to go live which will be vital for communication between the agencies involved in the care of these patients. The CCG has also developed a 'Gold card' scheme, which identifies these end of life care patients to health and social care professionals as well as helping patients access appropriate care.

Unlike many other socialized systems that are quasi-private in some elements, the British system is full-on government run. This makes what's going on especially worrisome. There is no government in the world, historically speaking, that has ever handled life and death situations fairly over time. Bureaucrats are incapable of dealing with such situations fairly.

More likely, the power to wield death is abused. The more opportunities government has to wield death, the more those involved will do so. This is simply an ineluctable prerogative of government.

Death programs are like any other government service, actually. They will be continually expanded and made more complex to ensure the expansion of the departments in question. Eventually, people could die simply to ensure that a department meets certain quotas.

All this is written indelibly unless this program is stopped now. But it won't be stopped. There is reason to believe, in fact, that it is gaining in momentum. It is meant to gain traction in tandem with the US program called Obamacare.

This is how the power elite works. They tend to advance certain activities not unilaterally but in harness with several great powers at once. Whether it is monetary regulation, education or other regulatory facilities, programmatic specifics are pushed forward together in an unstoppable rush.

The US has passed a health care plan that will support British policies, and no doubt we'll see exactly the same sort of regulation evolving throughout Europe and then in the developing world. China surely won't put up any resistance. The Daily Mail does us the favor of bluntly cataloguing the possibilities as follows:

Thousands of patients have already been placed on 'death registers' which single them out to be allowed to die in comfort rather than be given life-saving treatment in hospital, it emerged last night.

Nearly 3,000 doctors have promised to draw up a list of patients they believe are likely to die within a year, Department of Health figures showed yesterday …

They have been asked to earmark elderly patients who show signs of frailty or deterioration during routine consultations at their surgeries.

Although more than 7,000 patients nationwide have already been put on the list, there appears to be no obligation for doctors to inform them.

Some medical professionals went public with their worries yesterday following the Daily Mail's disclosure of the NHS request to doctors to put one in every 100 of their patients on death lists.

Dr Peter Saunders, of the Christian Medical Fellowship, warned about the risks of drawing up 'quotas' for the dying.

'We all know that doctors' estimates of patients' lifespans can be sometimes accurate but sometimes wildly inaccurate,' he said. 'A skilled doctor can in the great majority of cases assess when a patient is within a few hours or days of death. However, once we start to talk about weeks or months we know that we can often be right, but equally very badly wrong.'

The NHS is pushing for the death lists at a time when a keystone of its 'end of life strategy', the Liverpool Care Pathway, has come under fierce criticism from leading medical figures and families who believe their loved ones have been wrongly picked out in hospitals as dying.

None of this will end well. It will start with the aged and infirm and logically proceed to infants that will be diagnosed as having little or no chance at a "quality of life."

Finally, it will provoke outright eugenics. It was trending in that direction in Hitler's Germany and the same entities that helped fund that unsavory period of the 20th century are no doubt behind this, as well, one way or another.

The path being chosen is the one that turned the 20th century into one of the world's bloodiest with some 150 million murdered by government policies, wars and incarceration.

Ultimately there is nothing caring about these "end of life" policies. And they warn us of much worse to come.