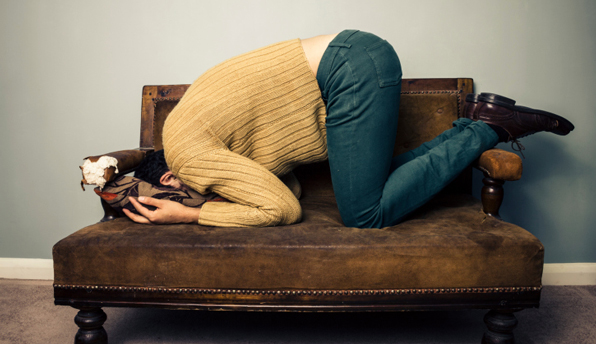 EDITORIAL
Cameron Will Regret His Latest Pro-EU Speech … And a Note on Stocks
By Anthony Wile - January 25, 2014

Britain's political and industrial elites have bound Britain to the EU – though not the euro, thank goodness – via exaggeration, denial and outright untruths.

Cameron is continuing this horrible tradition – as we can see from his latest speech at Davos (see below) – but he doesn't seem to consider that his constant defense of Europe is ripping his country apart.

Who does he think believes in his party anymore – or even in the two-party system? His government prosecutes journalists for wiretapping; meanwhile it comes out that Scotland Yard is spying on the whole of England.

The Tories are "conservative" and are supposed to be free market oriented, yet they've ruled in tandem with a hyper-socialist junior party. Cameron's position regarding the EU might have been less obnoxious several decades ago. But in this era of what we call the Internet Reformation, Cameron seems at once indecisive and hypocritical.

He campaigned on a promise to hold an in-or-out referendum regarding the EU, only to renege when he took power. Confronted over his dishonesty, Cameron came up with a new plan. If he were REELECTED he would certainly hold a referendum.

We recognize the same kind of arrogance in David Cameron's just-presented speech at Davos. Of course, in Davos he is in good company. Davos is where top elites are congregating to assure each other that the West's noxious brew of corporatism, central banking and regulatory democracy will win the day and eventually ignite the hearts and minds of Western citizens who are increasingly desperate over the state of their societies and economies.

The EU central bank has to balance the competing interests of dozens of countries. Some countries want – need – low rates while others demand higher rates to ward off price inflation.

Unfortunately, the ECB has proven lousy at this balancing act – or perhaps it is a balance that is impossible to create. In any event, the ECB has by now devastated nearly half of Europe. Southern Europe, unable to devalue, lays prostate, its lifeblood draining away.

In Greece, Portugal, Spain and Italy – and increasingly, France – youth unemployment is verging on 40 and 50 percent. Adult unemployment is hardly better. There are no jobs and little economic vitality. There are only taxes, political battles and regulations – endless regulations, often from Brussels itself.

This is the EU that David Cameron incessantly boosts. Here's the way Reuters reported on Cameron's speech:

UK's Cameron tells Davos he can keep Britain in the EU … Prime Minister David Cameron said on Friday he was confident he could renegotiate Britain's relations with the European Union to allow it to remain in the 28-nation bloc.

In some of his most pro-European remarks to date, Cameron told the World Economic Forum in Davos that changes needed to make the euro zone function better meant the EU would need to alter its treaties. That would give Britain an opportunity to recalibrate its own relations with the EU.

"I'm confident that we'll have a successful renegotiation and a successful referendum," Cameron told delegates, referring to his plan to reshape his country's EU ties before offering Britons an in/out referendum if his Conservative party is re-elected next year. "I'm confident this is do-able, deliverable and, as I say, winnable for Britain to stay in a reformed European Union."

Never mind that a majority of British want to LEAVE the EU. Cameron stands up in Davos among his peers and assures them he is in control and knows how to counter the anti-EU trend.

Voters may want to leave but he, Cameron, knows better. He comes across as paternalistic and arrogant. It's nothing new. For decades, British middle classes were taught that the EU was merely a trade association.

Only when the euro was suggested were Britons suddenly exposed to new arguments having to do with the idea that if Britain was not in the monetary union, it would lose significant clout and would be left on the "sidelines" … as if geopolitics and economics were some kind of ballgame.

Then-Prime Minister Margaret Thatcher almost single-handedly kept Britain out the euro, and those who have escaped that disastrous monetary union should be grateful.

This was not the way her political colleagues on both sides of the aisle looked at it. Influenced by the powerful globalist bankers residing in London's "City," Britain's political classes turned on her almost as one.

A few years ago, the UK Telegraph's Peter Oborne wrote a retrospective regarding Thatcher. Here's an excerpt:

Next week it will be 20 years since Margaret Thatcher fell. Pressure had been building on a number of fronts, but the issue which finally destroyed her was the yet-to-be-born euro. In the last weekend of October 1990, she travelled to a European summit in Rome, where Jacques Delors' dream of European Monetary Union was high on the agenda.

But while Mrs Thatcher was fighting her lone battle against the prospective single currency abroad, she was being fatally undermined at home. Geoffrey Howe, her bitterest cabinet critic, went on television to tell the interviewer Brian Walden that in principle Britain did not oppose the euro.

In her Commons statement after returning home, she was forced to slap Howe down: "this government believes in the pound sterling." Howe resigned, and days later delivered the famous speech from the back benches that set in motion a leadership contest.

Today, Margaret Thatcher's autobiography, first published in 1993, reads like a prophecy. It shows how deeply and with what extraordinary wisdom she had examined Delors' proposals for the single currency.

Call Cameron the Anti-Thatcher. Thatcher apparently stood up to London's City (true, it was an act of political suicide) because she believed in Britain's monetary independence. She showed a similar streak of independence when she faced down Britain's corrupt union culture.

That was the time when the Tories did indeed seem to be a party of capitalism and competition. If Cameron's Tories can be said to stand for capitalism it is of the "crony" kind – and there are few who would confuse Cameron's politically cautious rule with Thatcher's boldness.

His actions and rhetoric do not bode well. It is one of the reasons that libertarian UKIP has caught on in England – as we long ago predicted – and why Britain (and Europe) is going to engage in a kind of sociopolitical civil war before long. The stakes are tremendously high.

And Cameron is the wrong man at the wrong time, as he proved once more with this misguided speech at Davos.

Is This the Crash? A Word About the Dow's Drop …

Stocks dropped hard on Friday, and commodity watcher Rick Santelli received a Drudge pickup for "slamming" central bank polices. A ZeroHedge article, "The Market Is Rapidly Realizing That They Can't Go On Forever," pointed out provocative remarks Santelli made on his network, CNBC. Here's the ZeroHedge summary:

"For a while," Santelli calmly explains, the fairy-dust commercial planners (Central banks) "at least for a while, made everything seem like it could work." However, with "no excess margin in the system," emerging-market-cannonball-driven ripples in the global pool of liquidity are a major problem.

Slamming those who argue 'taper is small' or 'Argentina doesn't matter'; the ever-increasing central-bank-inspired interconnectedness means "the market is realizing in a hurry," as we have warned numerous times, "these [central bank] programs can't go on forever."

Santelli was alluding in part to the trillions in derivatives that can surely be destabilized by a significant market crash, but he also pointed out it was too soon to tell if this Friday's market event would turn into a more generalized rout.

Timing is the issue, as always. We believe the top banking elites want a bigger market and eventually a bigger crash. But a lot of money can be made in the meantime. Thus, we're on record as predicting a further "Wall Street Party" yet to come. Let's see what Monday brings, and the rest of the week.