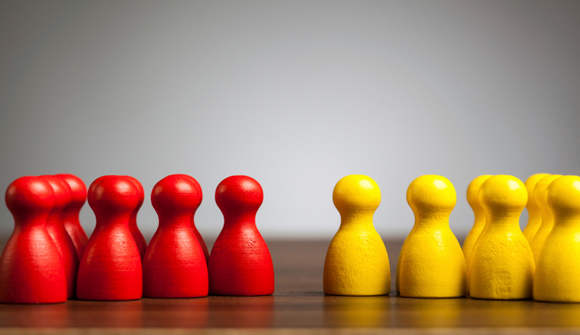 EDITORIAL
Central Bankers, Please Do Not Unite on a Neo-Plaza Accord
By Anthony Wile - January 31, 2015

We read on Bloomberg that central bankers ought to get together to create a new Plaza Accord, similar to the one that formally devalued the US dollar back in the mid-1980s relative to a number of countries, most notably Japan.

Of course, central bank activities are already "coordinated" by the Bank for International Settlements out of Switzerland. The mainstream media doesn't mention this much because under the BIS's watchful eye, central banks act as a kind of cartel – inflating the money supply (and perhaps deflating) per agreement.

Such monopoly activities are certainly banned in the Western world but are for some reason encouraged when it comes to central banks. The idea is that what central banks do is just too important to be subject to marketplace demands.

The solution – again, not much discussed – is a mercantilist approach whereby governments marry state power to banking activities. In this way, central bank pronouncements have acquired the force of law.

Giving central bank suggestions the force of law is a terrible idea because bankers cannot foretell the future. Thus they make guesses that the state treats as inviolable.

Agreements such as the Plaza Accord get the same mercantilist treatment. A group of men – usually men – sit around an expensive table deciding on the relationship between global currencies based on extensive data that their staffs have compiled.

The only trouble with this data is that it is backwards looking, not forwards looking. And thus the decisions being reached – that then take on the force of law – are nothing but guesswork. That's why these grand confabs never work out. That's why central banking itself – as practiced in the modern era – cannot work … and does not work.

In fact, the last such international currency meeting – the Plaza Accord – caused a worldwide stock market crash (1987) and created asset bubbles in Japan that led to the imperial palace being valued at an incomprehensible price.

Here's how NBC News put it in a 2007 article about asset bubbles. "The phrase 'Housing Bubble' is all-too-familiar territory for most of us … Japan beat us to the punch back in the early 90s. Japan's real estate bubble got so 'irrationally exuberant' that the grounds under Tokyo's Imperial Palace were assessed at a value greater than the entire state of California."

The article adds, "In the case of Japan, there was a correction in the market — a 15-year correction that is just now gathering steam again. Looking ahead to the U.S., analysts predict that the worst isn't over yet."

That was about eight years ago and Japan is still struggling with the fallout generated by the Plaza Accord and subsequent currency distortions. It's a bit difficult to believe that central bankers are ready for a do-over. Nonetheless, that's what this Bloomberg editorial is suggesting.

In September, the world will commemorate the 30th anniversary of the Plaza Accord. That agreement to weaken the dollar and boost the yen still stands as a landmark of economic cooperation — something that's sadly lacking in our chaotic and deflationary times.

This week's panicky move by Singapore's central bank shows why it may be time for another round of currency talks. Thirteen days after the Swiss National Bank let the franc soar, the Monetary Authority of Singapore unexpectedly eased policy and allowed the Singapore dollar to weaken. The unilateral moves disrupted markets around the world, adding to the general climate of volatility.

While the two banks' moves may seem divergent, they're battling the same problem: fallout from too much liquidity zooming around the globe. Thus far, the debate surrounding quantitative easing has focused on the risks to big economies — the U.S., Japan and the euro zone.

But actions by "the major advanced economy central banks portend high levels of capital flow and currency volatility in global financial markets," says Cornell University's Eswar Prasad, author of "The Dollar Trap." "Emerging markets and small economies with open capital accounts, such as Singapore and Switzerland, are likely to feel whiplash effects from this volatility."

"Some sort of international coordination may be preferable at this point to a growing wave of competitive devaluations," says Russell Green of Rice University's Baker Institute (named after James Baker, U.S. Treasury secretary at the time of the Plaza Accord). In particular, Green suggests, the IMF "needs to step forward and establish some ground rules. Checking exchange rate competition is one of its major mandates, so it needs to provide the intellectual leadership that others can coalesce around."

Perhaps as a unit, the gathered central bankers could even shame their governments into repairing economies once and for all. "The problem remains that central banks are being asked to do most of the heavy lifting in terms of propping up growth and prices, and monetary policy invariably has spillovers across national borders," Prasad says. "What I would wish for is a better mix of policies in the major economies, with less reliance on monetary policy." Time to book rooms at the Plaza.

Please let's not book rooms at the Plaza … The "solutions" this editorial seems to be advancing are apparently at least twofold: 1) A "united" approach to fighting inflation and 2) less reliance on monetary policy when it comes to "propping up growth and prices."

What this article is suggesting primarily when it comes to banking is that if all central banks debase their currencies at the same rate, then nationalities with more rational monetary policies will be forced to partake of the same irrationality. This is seen somehow as a "solution." A coordinated debasement, apparently, is preferable to an uncoordinated one.

As far as less reliance on monetary policy to create growth and inflate prices – Keynesian "pump priming" is the usual default to central bank debasement in this "modern" day and age.

I should add that the Plaza Accord's disastrous coda was likely the 1987 worldwide stock market crash. The Accord's currency revaluations – that eventually halved the dollar's value against the yen – created huge asset bubbles in most major stock markets. At one point a single Japanese firm, Nomura, was booking more profits than all of Wall Street.

Books were written about Japanese buying sprees around the world. Doctoral dissertations opined on the superior Japanese business model that supposedly depended on consensus (but actually depended on an artificially re-priced currency). As usual, monetary distortions were misidentified as a cultural phenomenon.

Sound familiar? As we've pointed out in numerous articles and editorials, China may be on a similar track. It, too, has bought trillions in US debt and shipped similar amounts of goods and services to US consumers. The "Chinese miracle" may eventually unwind, at least in part, as Japan's did.

But things will be made much worse if officials from numerous nation-states big and small sit down at a large, polished table to further coordinate the price and value of money. Inevitably, they will get it wrong; inevitably, monetary officials will do what they are trained to do – create the framework for further aggressive currency debasement.

Here at The Daily Bell, we often write of the Wall Street Party, and have made a good case that it has been the result of monetary and regulatory policies – along with out-and-out market manipulation – that have consistently lifted prices for the past five years.

It could be that the internationalists behind this constant stimulation are finding that marts will start to lag if they are not force-fed even more money. In other words, as we've been predicting, there are significant forces that intend to make the "Wall Street Party" a global one.

Such intentions can provide a bonanza of profit for those who have the determination to follow our VESTS paradigm and make a bet on whether certain globalist forces stand to win or lose.

But please note: If a neo-Plaza Accord does get put in place and inflationary (monetary debasement) targets are agreed upon, equity valuations will likely go to places undreamt of. And then, eventually, there will be hell to pay.