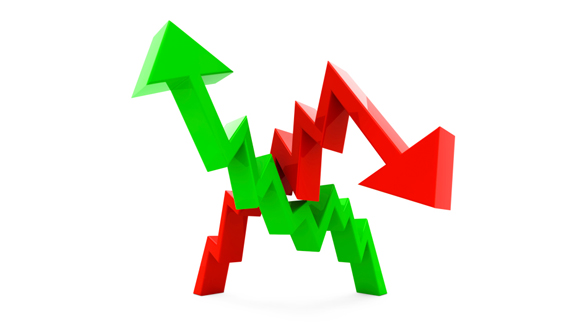 A recent article in The Market Oracle caught my eye: "Largest Financial Bubble in History – 10 years of 'Why Sell Now?' "

The article was written this past week during a powerfully slumping market that trimmed hundreds of points off the Dow Jones industrial average. It was written by registered investment advisor Doug Wakefield.

Is this the end of the bull market? I'm not going to forecast short-term ups and downs but the article did remind me once again of the larger dysfunctional nature of our modern financial system.

That's what I want to concentrate on today, for the most part anyway. What I enjoyed the most about the article was its blunt discussion of issues that have received widespread coverage here and that occupy people considerably when it comes to markets and investments.

Most people following these issues would agree that stocks have been propelled forward by a variety of methods including significant asset inflation and regulatory changes that make investing easier. But when will these maneuverings lose their impact? This is no hypothetical question, as we've been reminded once again.

A recent article posted at CNBC entitled "Stocks slide with oil; triple-digit losses for Dow" summarized some of the damage that took place this past week.

"This started a week or so ago, we'd recovered from the October low to a level that is arguably overvalued, and when we're overvalued everything has to go right, and what's not going right is what's happening to the price of oil, and what that means for Russia, Europe and the U.S.," said Hugh Johnson, chairman of Hugh Johnson Advisors.

"Everybody likes to say the price decline in oil is good news for the U.S. economy, but the real issue is this is really bad news for Russia, and by implication, bad news for Europe, which does a lot of business with Russia," said Johnson.

The article makes the point that it is the slumping price of oil that is driving negative stock market action. The concern weighing on the market involves a slowdown in Europe as a result of lower oil prices. The more optimistic story involves a continued "recovery" in the US based on the same price erosion.

Of course, these price movements do not exist in a vacuum. It may be that Western oil prices have slumped at least for the moment based on powerful interests determined to make it more difficult for Vladimir Putin and Russia to recover from various Western embargos.

Why does the West currently seek low oil prices, if it does? Well, one reason is because Putin is said to be buying gold with US dollars and by trimming the price of oil, Western powers are reducing a main source of revenue.

This is just one example of how markets and commodity prices may be subject to larger socioeconomic, political and military considerations. And one can make the argument that major stock markets are extremely vulnerable to such manipulations.

But the biggest manipulation of all is central banking. Central banks – and there are now some 150 of them – are said to have printed something like US$ 50 trillion in the past years since the 2008 financial crisis.

This unimaginable torrent of money has inflated markets around the world and especially in the US. Wakefield's article is persuasive because he reminds us of the probable outcome of this kind of massive monetary inflation.

He writes: "While finding the end of the largest financial bubble in history has proved very illusive over the last three years for some of the most seasoned market technicians in the world, the last fifteen have allowed us to have many reminders that wild rides to the top have always ended the same."

And he cites the following facts to impress upon us the rapidity with which markets can move: "In January of 2006, investors opened an average of 2,708 brokerage accounts per day. By August of 2007, the average had grown to 450,000 individuals accounts opened per day."

… As we head for the close of 2014, and looking at current and former rapidly rising price movements, would one really be all that surprised to find 2015 radically different from the last few years? Considering how much debt has been created merely to stall this "all time high" bubble, would we not expect the downside of financial assets globally to be extremely severe?

The amount of debt globally has soared … to $100 trillion since the first signs of the financial crisis as governments borrowed to pull their economies out of recession and companies took advantage of record low interest rates, according to the Bank of International Settlements.

… One thing is for certain. The memory of the 83% decline in the NASDAQ between 2000 and 2002 has long since been forgotten in a world of "money for nothing".

Well … it hasn't been forgotten this week! And we've always kept it well in mind. We're quite aware of inflation-based market volatility. We've pointed out how orchestrated this stock market run-up has been and how averages are manipulated by central banks themselves that have admitted to interfering directly in the stock market.

That said, we've also predicted that the current "Wall Street Party" might end imminently – or might NOT. We're past the peak volatility months of October and November and markets – absent yesterday's horrendous price action and anomalous oil deflation – usually tend to stabilize late in the year.

Of course, Black Swan events can likely trigger a market meltdown at any point. Let's see what next week brings. Maybe more volatility or a considerable slump? Despite volatility, Western marts may be positioned for continued progress, lubricated of course by tremendous amounts of additional money printing.

We no longer live in a time when we can calculate market forces to aid in our predictions. Instead, we must turn to strategies such as our VESTS model that seek to evaluate what powerful market participants intend to accomplish in an Internet era that makes such manipulations more difficult via increased transparency.

A sad new era. Like you, I accommodate myself to it. Reality is what it is. But the control that central bankers and their colleagues have over markets, monetary policy and more, is in the long run a-historical and intolerable.

The damages are already clear to some, but for most, once this market breaks, a vivid new reality will come into focus… one that will include massive discontent and, to be gentle about it… widespread civil unrest. You won't need a zoom lens to see it.

The larger point to keep in mind? This is an extremely unstable and culturally corrosive system. There is absolutely no justification for concentrating so much monetary power in so few hands. It cannot stand.

And it will not. At High Alert we suggest that protecting one's assets and family mobility are essential at this time… prudent at all times, but even more so now.

Merry Christmas! We are pleased to announce that High Alert Investment Management will be launching a new, more robust Daily Bell website on December 24th. You can expect High Alert to introduce you to ideas and solutions that can help you protect your assets, grow your wealth or enhance and ensure your lifestyle.