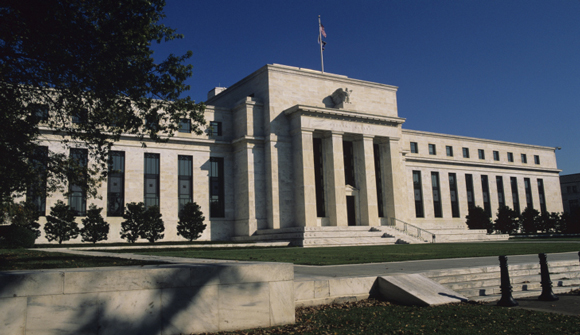 A book review in the Wall Street Journal by associate professor of economics at San Jose State University Jeffrey Hummel entitled "The New Central Planning" tends to confirm the perspective that the Federal Reserve is under continued attack. The upshot may be a new monetary system, one way or another.

The new system, probably some sort of gold standard, will not merely inch into position but will be the result of various problematic failures of current monetary policy. It may be driven, in fact, by catastrophic failure. The seeds are being sown even now, and the review in the Journal examines some of them.

What is noteworthy is not the discussion but that it has appeared at all and that it is conducted within a historical context. In fact, this is the point we've been making here in the pages of The Daily Bell and long before, that the timeline is now sufficient to counteract any arguments that might support the institution. One hundred years of damage, economic ruin and institutionalized prevarication is enough.

What role should the Federal Reserve play in the U.S. economy? That question is at the heart of any study of the economic crisis that began in 2007 and any consideration of how to prevent further crises. A year ago the chairman of the Federal Reserve, Ben Bernanke, delivered four lectures at George Washington University, in which he argued that the Fed's response to the crisis—including its conspicuous and contentious bailouts—fell within the traditional role of a central bank. Those lectures and Mr. Bernanke's answers to some audience questions have now been edited and published in a slim volume. Pitched to a general audience, "The Federal Reserve and the Financial Crisis" is part of the chairman's praiseworthy effort to increase Fed transparency.

The first two lectures cover the origins and history of the Fed. Mr. Bernanke identifies three primary functions of central banks: to conduct monetary policy (i.e., controlling of the supply of money by setting interest rates); to serve as lenders of last resort (i.e., providing liquidity for important institutions to stave off financial crises); and to regulate the financial system (i.e., limiting the risks that banks and other players in financial markets may take). Yet he hardly discusses the quantity of money in circulation or the Fed's effect on it. The omission reflects the fact that Mr. Bernanke has dramatically altered the nature of central banking. Under his management, the Fed now tries to determine to which sectors the economy's savings flow, and monetary policy has become solely about setting interest rates.

To his credit, Mr. Bernanke considers the merits of the classical gold standard, in which the dollar was fully redeemable for a specific quantity of gold. He believes that its gains in long-run price stability were more than counterbalanced by the short-run economic fluctuations it caused. But as University of Georgia economist George Selgin pointed out after the lectures were delivered, the chairman's argument against the gold standard suffers from some severe weaknesses. For starters, it ignores the path-breaking research of Christina Romer, former chairman of President Obama's Council of Economic Advisers, which demonstrated that the frequency and severity of recessions weren't significantly greater before the Fed's creation in 1913 than after World War II. This casts doubt on the ability of the Fed with its fiat money to tame the business cycle any better than did the gold standard without the Fed's intrusions. Mr. Bernanke's case against gold also exaggerates the economic difficulties associated with the mild, long-run deflation of the late 19th century, a period of robust economic growth.

The review goes on to enumerate various Fed failures, though not in great enough detail so far as I am concerned, and inexplicably is not as vehement about current Fed-inspired disasters as past ones. The most interesting aspect of current central bank policy is the manipulated tightening of monetary policy in 2007. History may well examine that incident with greater interest than it now receives.

Of course, Bernanke made up for seemingly precipitating the Great Recession by subsequently screwing rates down disastrously. Whatever the real rates of interest are, you can bet that for the past five years the Fed, like other central banks, has held them lower than they ought to be.

The result is threefold. First, there are literally trillions locked away on bank books that can circulate if and when Western economies become more active. Second, when the money DOES begin to circulate, interest rates will inevitably begin to move up, causing countries like the US to devote more and more cash to interest payments.

Finally, so much money printing has almost terminally distorted the US's economic picture. Companies that should have failed have not and markets – especially stock markets – have moved up hard because so much paper and electronic money has been printed.

When one looks back at the current era of ruinous Fed policies, one will be struck by two things: The rashness of Ben Bernanke's actions and the surprising consensus surrounding him regarding perhaps the most egregious example of money printing ever launched within a modern establishment context.

The review's title alludes to Fed "central planning," and this may be the boldest and most straightforward characterization made about current Fed policy that has appeared in a mainstream publication in years. What the Fed under Bernanke has done is every bit as egregious as setting up a series of five-year plans. That plans are made via monetary policy instead of industrial policy is probably beside the point.

Central banks fix the price of money and its value. And price fixing never works. The Fed, controlling the world's reserve currency, is the most powerful central bank and the most destructive. The destruction accomplished under Bernanke will linger long after he slips away.

And as an article in yesterday's issue of The Daily Bell pointed out, once the reality of the destruction is entirely evident there will be many apologias appearing in the form of books, articles and media interviews. Those involved will admit ruefully to lapses of judgment or a lack of courage in not speaking up sooner.

But all of it will be beside the point. Those in charge likely now know full well what they have done and undone. They have planted the seeds for a new economic system and no doubt initiated it with a cold-blooded and even globalist perspective. The idea is that once catastrophic failures afflict the current system even more internationalist solutions can be applied.

I tend to doubt the strategy of this program and I think that the Internet Reformation is making it increasingly difficult for the architects of such program to generate believable deniability. Maybe, therefore, a decision has been made in certain circles to be more forthright about the reality of the terrible and manipulative money system under which we currently live and labor.

When examined clearly, it is indefensible, and eventually this illumination will doom it.