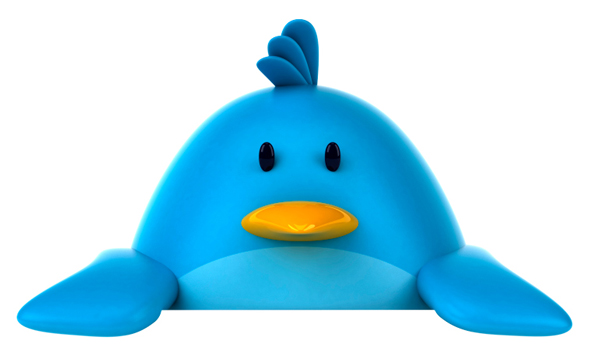 A report in the Wall Street Journal states that "44% of Twitter accounts have never sent a tweet."

The article goes on to maintain that this is "not a problem," because Twitter is signing up lots of NEW accounts. Of course, most of those accounts remain inactive, so one wonders how important they really are.

Let that sink in. Fully half of Twitter's customers never participated in the facility they are supposedly using.

Not only that, but apparently, Twitter accounts in general "don't say much." The article speculates that this could be because "they are quietly reading the tweets or haven't come back to the service."

Twopcharts, which provided some data about tweeting activity last month, is unable to track when someone has logged into their account. It can only tell when the account retweets or tweets its own message.

By Twitter's standards, a person does not have to tweet to be considered a monthly active user. To be sure, people don't have to actively tweet to find the service useful.

There's more than enough stuff to read on almost any topic in the world on Twitter to keep users occupied. But having engaged users–those who are active participants in the online conversation–are particularly valuable to Twitter.

… Twopcharts said that 30% of existing Twitter accounts have sent 1-10 tweets. Only 13% of the accounts have written at least 100 tweets.

Moreover, the report highlights Twitter's user retention issue. It estimates 542.1 million accounts have sent at least one tweet since they've been created, suggesting that more than half of the accounts in existence have actively tried out the service. But just 23% of those accounts have tweeted sometime in the last 30 days.

Okay, let's summarize. Only 13 percent of accounts have written 100 or more tweets and just 23 percent have tweeted within the last 30 days.

What's a company like that worth? Not much, you say? Well, here's a late March analysis by Motley Fool:

Though Facebook has about 400% more monthly users than Twitter, Facebook's stock value is 500% higher. This disconnect between users and market cap could mean an opportunity for Twitter investors.

It is true that Facebook and now Twitter have managed to collect a huge audience, but there are reports that up to half of Facebook user accounts are either defunct or phony. And now it appears that up to 80 percent of Twitter users are virtually inactive.

These are two premium technology companies on the 'Net. Another is Google, which has come under suspicions regarding its user statistics, and thus its advertising opportunity.

Peel away the promotions and you are left with companies that consolidate users' activity, and this may be the ultimate reason for their astounding valuations.

All three companies offer users platforms from the top down. Before the success of these companies, blogging and individual websites were a main component of 'Net communication.

But now communication has increasingly shifted to a few big platforms controlled by a few individuals. I'd submit that the valuations attached to these companies are in part generated by their ability to consolidate user activity – and offer efficient and aggregated analysis to civilian, military and Intel facilities.

This is, in fact, what Western Intel seeks – cooperative companies that offer various kinds of analysis opportunities. Facebook is especially well suited to this task.

In the short run, their intelligence roles make them too big to fail and even too big to be prosecuted for any misinformation about their market profiles.

Ultimately, it seems to me, these sorts of enterprises are risky because at least some of their valuation depends on their use to Uncle Sam – and because the Internet tends to expose them.

Much more sensible to produce opportunities that are rooted in the user experience rather than in questionable statistics. High Alert is pursuing this approach.

Too many top Internet companies in the modern era serve various constituencies beyond the consumer. From my perspective, that's not a way to build lasting value.

We're satisfied with serving one entity, the consumer. If we do that well enough and long enough, our shareholders will benefit as well.