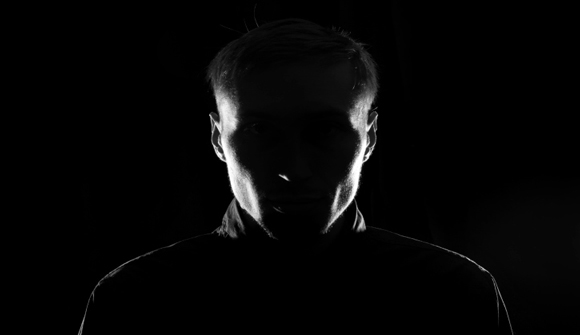 EDITORIAL
Does the Internet Have a Dark Side?
By Anthony Wile - April 30, 2011

The Net Delusion: The Dark Side of Internet Freedom is a book that has been attracting attention since its publication earlier this year. Reviews and summaries tell us that the authoritarian tools and oversight that the Internet supports are going to prove more useful to the powers-that-be than any other transformative effect. In this article, I want to use the book to help restate a main theme of ours that would tend to rebut this point of view. Let's start with a description of the book from Amazon.com:

In this spirited book, journalist and social commentator Evgeny Morozov shows that by falling for the supposedly democratizing nature of the Internet, Western do-gooders may have missed how it also entrenches dictators, threatens dissidents, and makes it harder – not easier – to promote democracy. Buzzwords like "21st-century statecraft" sound good in PowerPoint presentations, but the reality is that "digital diplomacy" requires just as much oversight and consideration as any other kind of diplomacy.

Marshaling compelling evidence, Morozov shows why we must stop thinking of the Internet and social media as inherently liberating and why ambitious and seemingly noble initiatives like the promotion of "Internet freedom" might have disastrous implications for the future of democracy as a whole.

Reviews of The Net Delusion on Amazon.com tend to be positive and help us understand Morozov's position a little better (without having read the book). One review that seems fairly evenhanded is from a writer for the Technology Liberation Front Blog. This reviewer sums up Morozov's book as "one big wet blanket on the theory that technologies of freedom can help liberate humanity from the yoke of repressive government."

The reviewer explains that the portrait Morozov paints of technology and democracy is a dismal one in which the idea of the Internet-as-liberator is a dangerous fantasy. "He regards such "cyber-utopian" dreams as counter-productive, even dangerous, to the advance of democracy and human freedom."

Morozov is in fact actively negative about the Internet, believing it to be far more of "a great danger," and "a threat" to freedom than a positive force. For this reason, the reviewer concludes that Morozov is correct about the euphoria "currently surrounding the relationship of the 'Net to politics and regime change," but has gone "overboard" regarding the negatives of this new communication technology.

Now, I don't think WE can be accused of going overboard on negatives when it comes to the Internet. We're positive about it and have actually coined a term to describe what is going on – Internet Reformation. Our take on all this would tend to apply the same labels to Morozov that he has applied to "Cyber Utopianists." We think he is being a tad naive.

Why naive? Because a sophisticated view of the Internet has to begin with the Gutenberg press, which stimulated great social change some 500 year ago. And much as the Gutenberg press reconfigured the texture of its times, so I believe the Internet will do the same – perhaps a quicker rate. This is far different than arguing that the cyber-power will give rise to movements that will overthrow this or that regime or even prove a particular destabilizing influence in short term.

But what can be argued is that over the longer term, the rise of a new information technology disperses new knowledge efficiently and this new knowledge is what eventually destabilizes old regimes. The Gutenberg press gave rise (eventually) to the Renaissance, the Reformation, the Age of Enlightenment, the New World, the American and French Revolutions (eventually) and one can argue – and I would – that the Internet has the capacity to do all the same, perhaps even more.

Again, this is not the same as arguing that the Internet has some sort of one-to-one relationship with a particular regime change. It is obvious, as we have reported, that the color revolutions that have taken place recently are a cynical attempt by western powers-that-be to hijack the narrative. The idea is that Twitter or Facebook have galvanized massive social upheaval. In fact, this places the emphasis on exactly the wrong facilities. It is not the Internet's social networks – which may in fact be controlled by Western intelligence agencies – that will give rise to increased freedom but the gradual and inevitable circulation of suppressed information and the new thinking it engenders.

The Anglo-American power elites have retained their grip on power in part through the application of dominant social themes. These fear-based promotions frighten Western middle classes into giving up power and wealth to internationalist institutions that have been prepared for just that purpose. The Internet has been remarkably efficient at circulating information that counteracts and destabilizes such memes. And without the ability to promote such propaganda, the elites are left with authoritarian tools that substitute force for persuasion.

It is not, in my view, unsophisticated to argue that a new technology can circulate over time new information that gives rise to new thinking that destabilizes and reforms old institutions especially if such institutions are set up under false pretenses. Of course, one can watch the power elite set up false flags to take advantage of people's credulity regarding the current technologies and the color revolutions and WikiLeaks may be good examples. But what is far more frightening to the elites and far less easily managed is the spread of suppressed knowledge these technologies are fostering. That is where the real damage is being done and one could argue the elites can do little or nothing about it.

In fact, one can even argue that the current, manipulated color revolutions are spiraling out of control as confidence in the elite's pillars of control wanes. Rather than provide the conclusions sought after by Anglosphere elite, these revolutions may take on a life of their own much as the Protestant Reformation (also sponsored by the elites of its day) took off in new direction that the elites did not plan, did not promote and evidently did not like. One would have to argue that the rise of the New World was a positive occurrence for the elites of the time and yet obviously it was not.

Morozov and those like him are setting up a straw man and beating it to death. The changes that come from new information technologies have to do with the dissemination of information. It is this process that is subversive, not a social network or sort of information tool that means little in the larger scheme of things. It is KNOWLEDGE that undermines the elite promotional elements that are the social organizers of the day. It is the spread of knowledge that eventually proves corrosive to sociopolitical and economic control, as all power rests on depriving people of knowledge in an attempt to make them docile and supportive of the current regime.

It is difficult to say with any certainty what knowledge is being disseminated now that will result in tomorrow's destabilization or even how far that destabilization will go. We have argued in the past that such changes do not overthrow the power elite, merely cause it to take a step back. That process may be occurring now and people can analyze the potential impacts as they choose. Some may be obvious and others are not. But they are occurring. They are indisputable and over time they shall be evident, if they are not already.