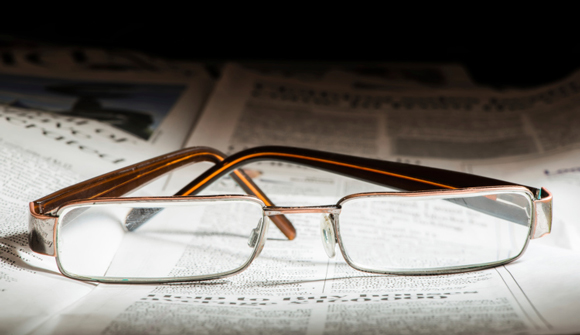 It's an important article written by an important man. Dr. Kissinger, the Journal tells us, "served as national security adviser and secretary of state under Presidents Nixon and Ford." And his article is "adapted from his book 'World Order' " – apparently set for a September 9th unveiling from publisher Penguin Press.

You really have to read between the lines to understand what Dr. Kissinger is saying. But as someone who retains immense prestige with the global power elite around the world, Kissinger, probably with the consent of others, has apparently decided to send a message about what must be done to alleviate the world's current perilous situation. Anyway, this is certainly nothing he simply tossed off in the back seat of his limo one morning.

Here are some excerpts:

Libya is in civil war, fundamentalist armies are building a self-declared caliphate across Syria and Iraq and Afghanistan's young democracy is on the verge of paralysis. To these troubles are added a resurgence of tensions with Russia and a relationship with China divided between pledges of cooperation and public recrimination.

The concept of order that has underpinned the modern era is in crisis. The search for world order has long been defined almost exclusively by the concepts of Western societies. In the decades following World War II, the U.S.—strengthened in its economy and national confidence—began to take up the torch of international leadership and added a new dimension.

A nation founded explicitly on an idea of free and representative governance, the U.S. identified its own rise with the spread of liberty and democracy and credited these forces with an ability to achieve just and lasting peace. The traditional European approach to order had viewed peoples and states as inherently competitive; to constrain the effects of their clashing ambitions, it relied on a balance of power and a concert of enlightened statesmen.

The prevalent American view considered people inherently reasonable and inclined toward peaceful compromise and common sense; the spread of democracy was therefore the overarching goal for international order. Free markets would uplift individuals, enrich societies and substitute economic interdependence for traditional international rivalries. In the Middle East, religious militias violate borders at will.

This effort to establish world order has in many ways come to fruition. A plethora of independent sovereign states govern most of the world's territory. The spread of democracy and participatory governance has become a shared aspiration if not a universal reality; global communications and financial networks operate in real time.

The years from perhaps 1948 to the turn of the century marked a brief moment in human history when one could speak of an incipient global world order composed of an amalgam of American idealism and traditional European concepts of statehood and balance of power. But vast regions of the world have never shared and only acquiesced in the Western concept of order.

These reservations are now becoming explicit, for example, in the Ukraine crisis and the South China Sea. The order established and proclaimed by the West stands at a turning point.

Kissinger is stating a problem here. To summarize, he and backers believe that a kind of Pax Americana existed in the 20th century but now the vision of what may be called the Anglosphere – one of democracy and participatory governance – is being challenged in "vast regions of the world that have … only acquiesced in the Western concept of order [without sharing it]."

He then begins to present the problem in a more detailed fashion. He points out that the EU is based on soft power but that "it is doubtful that claims to legitimacy separated from a concept of strategy can sustain a world order."

He writes that Europe does not yet have the attributes of statehood, which offers a "tempting vacuum of authority."

Meanwhile, Middle Eastern states, he writes, "have dissolved into sectarian and ethnic components in conflict with each other." This produces a phenomenon of "failed states not controlling their own territory."

And here is an astonishing statement: Kissinger worries that the clash now taking place, worldwide, between the international economy and political institutions "weakens the sense of common purpose necessary for world order."

This is where Kissinger's real point of view becomes bluntly apparent. The article is presented as an understated analysis of geopolitical difficulties, but the reason for concern – we can see now – has to do with how globalist aspirations are being damaged.

He expands on this theme with the following:

The economic system has become global, while the political structure of the world remains based on the nation-state. Economic globalization, in its essence, ignores national frontiers. Foreign policy affirms them, even as it seeks to reconcile conflicting national aims or ideals of world order.

This dynamic has produced decades of sustained economic growth punctuated by periodic financial crises of seemingly escalating intensity: in Latin America in the 1980s; in Asia in 1997; in Russia in 1998; in the U.S. in 2001 and again starting in 2007; in Europe after 2010 …

The international order thus faces a paradox: Its prosperity is dependent on the success of globalization, but the process produces a political reaction that often works counter to its aspirations.

For these reasons, forces of internationalism are failing, and Kissinger believes that there must be "an effective mechanism for the great powers to consult and possibly cooperate on the most consequential issues."

He does admit that various globalist forums exist for consultation but what he now suggests is more concentrated in nature and power in order to provide an "elaboration of long-range strategy." And this long-range strategy, it turns out, includes a "contemporary structure of international rules and norms [and one that] cannot merely be affirmed by joint declarations; it must be fostered as a matter of common conviction. "

Can there be any doubt about what Kissinger is saying? He seeks an overarching "structure of rules and norms." He is seeking, apparently, significantly expanded global governance.

And what if this structure is not forthcoming?

The penalty for failing will be not so much a major war between states (though in some regions this remains possible) as an evolution into spheres of influence identified with particular domestic structures and forms of governance. At its edges, each sphere would be tempted to test its strength against other entities deemed illegitimate.

A struggle between regions could be even more debilitating than the struggle between nations has been. The contemporary quest for world order will require a coherent strategy to establish a concept of order within the various regions and to relate these regional orders to one another.

… The triumph of a radical movement might bring order to one region while setting the stage for turmoil in and with all others. The domination of a region by one country militarily, even if it brings the appearance of order, could produce a crisis for the rest of the world.

If the world does not create a strong center "affirming individual dignity and participatory governance, and cooperating internationally in accordance with agreed-upon rules," there will be emergent problems including increased political conflict and even warfare.

The news is not all grim from Kissinger's standpoint. There are things that can be done. The end of the article provides us with some ideas, though they are vague and couched in deliberate generalities. Kissinger wonders what the "US" seeks in the 21st century and suggests that the country ask some tough questions about its goals and objectives. Then he writes the following:

For the U.S., this will require thinking on two seemingly contradictory levels. The celebration of universal principles needs to be paired with recognition of the reality of other regions' histories, cultures and views of their security. Even as the lessons of challenging decades are examined, the affirmation of America's exceptional nature must be sustained.

This is probably the article's crux paragraph. The "celebration of universal principles" surely implies those that are enshrined in such documents as the US Constitution. And he writes flatly that those principles must be "paired with a recognition … of other regions' histories, cultures and views of their security."

What Kissinger seems to be advocating is that US citizens revise the "laws of the land" – at least the Constitution – as necessary to advance comprehensive globalism. The tattered remnants of the rights that US citizens once enjoyed must be further shredded to accommodate the viewpoints of other countries, perhaps those that have lacked the strong civil and criminal protections provided by the Constitution and suggested by the Declaration of Independence.

In his last paragraph, Kissinger uses convoluted language to warn that "elevated convictions" may not be seen as providing the US and its allies with sufficient protection "in the absence of a comprehensive geopolitical strategy."

Dr. Kissinger and his backers want more comprehensive global government. Some of the chaos in the world today is certainly due to THEIR actions and their determination to create or sustain warfare in troubled regions of the world. Kissinger is being disingenuous by not admitting to that. He is also being disingenuous by not being clear about the seeming remedy: Reducing or eliminating parts of the Constitution (formally or not), that don't "fit" with the political systems of other regions.

Finally, if history shows us anything it is that the kinds of reconfigurations and centralization being suggested here are rarely bloodless or painless, despite the sanitary nature of the language.

The world, as Kissinger describes it, is already at war and I have no doubt that the wars will grow worse. Nor do I doubt that what we call the "Wall Street Party" will continue for a while longer, perhaps several years longer, thus generating eventually a terrible asset deflation.

This will likely be a worldwide phenomenon, just as modern warfare is resolutely internationalized. There is perhaps time to generate considerable wealth within the market – certainly this year and next if the market survives autumn. But at some point, the bubble will pop. Further economic misery will mix with considerable violence worldwide to create an especially noxious brew.

At this point, the palliatives that Dr. Kissinger is mentioning so gently will likely be presented in a far more insistent way. The rulers of this world going back to ancient times have always used the same formulas. The citizens are made miserable and then presented with a further centralized authority that will in fact aggravate what is already intolerable.

Gather wealth while you can. Protect yourself as you must. Read Dr. Kissinger's eloquent article several times and absorb the message.

It's not just an editorial, in my opinion, but a policy statement.