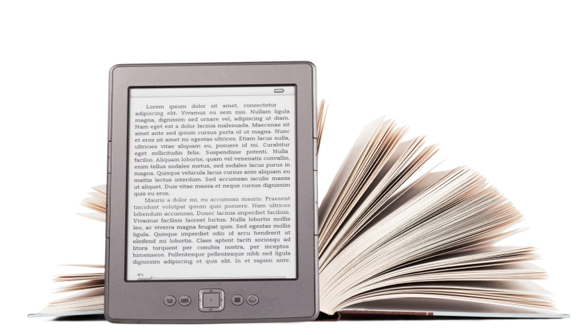 Mike King of The Motley Fool tells us of "more large falls in newspaper circulation." This is an ongoing story but one that King flips around in a recent article on the subject. "Offsetting the decline, digital sales of newspapers appear to be rising," he writes, citing the latest Audit Bureau of Circulations (ABC) release.

For King this is a bright spot, presumably because he thinks mainstream US newspapers are worth saving. I'm not so sure, nor am I sure that what King sees constitutes a significant reversal. Let's return to King's analysis. He writes:

Part of the decline in newspaper sales is the result of the publishing companies cutting uneconomic distribution regions, as the companies look to cut costs and focus on profitable areas of the business. Australia's Fairfax Publishing plans to introduce subscriptions for its metro online and app versions of its mastheads next year.

"The latest ABC figures clearly show that people in Australia will pay for quality journalism in both print and digital formats," The Newspaper Works CEO, Tony Hale, said. He added, "The multi-platform publishing strategies being pursued by the major newspaper publishers have produced a very promising picture of newspaper circulations."

Okay, perhaps "multi-platform" approaches are going to prove a salvation to traditional newspapering. But tell that to former employees of Newsweek, Business Week, Life magazine, etc. They're all out of jobs and their printed magazines are no more.

And sooner or later, traditional newspapers are going to be gone, too. The only exception I can see to this trend is "print on demand." It could be that in the future, one could receive a newspaper via one's specially designed home printer.

But I have a hard time believing that people will be regularly buying any kind of print product in a few decades. It will be almost entirely an electronic world.

The Wall Street Journal reported last year on the accelerating trend in the US newspaper circulation slump. Circulation numbers released by the Audit Bureau of Circulations in the mid-2000s showed industry-wide declines of 8 to 15 percent, the highest numbers since 1990-91. Warren Buffet believes that newspapers will be obsolete in ten years. Mainstream radio and television audiences have been declining, as well.

EReaders are currently in their infancy but they will evolve. Ironically, they will evolve by becoming more like pen and ink. The most successful eReader will be the most like today's paper book except that it will be electronic and capable of changing publications on demand.

What we are calling an eReader will actually be a slim, flexible device capable of displaying "newspapers" and "magazines" as well as books. Eventually, press products as we know them will likely be phased out altogether.

There is no going back. The publishing business is irretrievably changed. Electronic delivery makes it impossible for 20th century-style publishing to dominate ever again.

In the 21st century, the Internet will be entirely portable and there will be fewer and fewer barriers to entry from a publishing point of view, excluding political and regulatory ones.

The great 20th century publishers will find their franchises eroding even further. This is because publishing has passed from an era of information scarcity to one of information plenty.

This is happening despite the best efforts of publishing moguls to align themselves with scarcity based political campaigns. Most such campaigns revolve around copyright.

Copyright was basically created – according to the historical record – as a way to slow the spread of information taking place post-Gutenberg press.

The spread of information helped spark the Renaissance, Reformation Age of Enlightenment and ultimately the colonization of the New World … including the social upheaval that led to the Revolutionary War.

During this time, ancient philosophical texts were rediscovered, literacy expanded and modern civil society began to be developed. Germany especially benefitted from this civilizing trend.

Copyright was not so well developed in Germany as in Britain, and the prices of books and other published information remained low. In England, on the other hand, copyright was more rigorously enforced. This led to higher prices and a choking off of information.

Some have speculated that the explosion of German art, music, philosophy and fiction all stemmed from Germany's relatively lenient copyright laws.

Some have gone so far as to speculate that Britain's bellicosity to Germany was in part stimulated by German high culture and the apparent damages to British empire that Germany's growing cultural cohesiveness and growing industrial might had begun to impose.

Today, what we call the Anglosphere (British and American interests in main) is attempting to enforce rigorous copyright around the world. The recent attack on Megaupload's Kim Dotcom is a good example of this.

The US sent a task force of FBI agents halfway around the world to enforce Hollywood's copyright claims against Dotcom. Those who believed they were injured claimed that Megaupload illegally encouraged the use of copyrighted material.

Nonetheless, the outcome is in doubt. Kim Dotcom has struck back by attacking Hollywood's outdated copyright methodology. He has pointed out that Hollywood's gradual global rollout of movies virtually guarantees bootlegging and copyright violation.

This sort of business challenge is not confined to the recording industry. It is one the larger mainstream media is struggling with. Not only are there new delivery platforms; there are also new kinds of socio-political information emerging.

This new information is often challenging to the status quo that has been in place politically and monetarily for over a century.

The Anglosphere model of Keynesian inflation, high taxes and multinational corporatism is coming under attack as never before. The "alternative media" has emphasized ancient verities of sound money (gold and silver), low taxes and republican forms of government at the local level.

This is a profound challenge to the status quo that has been developed to promote globalism at the expense of local "tribal" culture and national identities.

Unfortunately for the status quo, the alternative media that has been developed as a result of mainstream "gatekeeper," Internet-induced failure has proven intriguing and attractive to millions.

Those information businesses that provide a classical approach to social, economic and political analysis and disseminate this information via new technological platforms are ideally positioned to succeed in the 21st century.

In fact, we call what is occurring the Internet Reformation.

The changes ushered in by the Gutenberg press were fundamental. So are the changes provided by the Internet Reformation, which is beginning to reshape the way people relate to power in the modern age.

What the Internet is increasingly showing us is a way to return to basic freedoms. The Internet in its various incarnations has already distributed information showing many of the precepts of regulatory democracy to be false.

There are downsides. Spymasters and dictators profit from aspects of technology as they always have. And yet the positive elements are likely unstoppable as well. There is little possibility at this point of the Internet being shut down as simplistic formulations might have it. Instead, as with the Reformation itself, the Internet Reformation will continue to advance, undermining the memes of the powers-that-be and even creating, perhaps, a critical mass of decentralizing influences.

It is decentralization that the modern power elite fears most because decentralized spheres of influence are impossible to control. Unfortunately, the Renaissance and Reformation were all about the decentralization of control built on the availability of real knowledge and a return to primary sources that undermined the "experts" of Church and State.

Essentially, however, the power of the information being unleashed is what will carry the day in numerous manifestations. It is impossible for power elite memes to stand against the availability of information now presented online. It is beyond control, beyond collecting, beyond dampening.

Ironically, the proverbial dye was likely cast when America's DARPA dark-technologists invented the Internet but did not foresee, apparently, the evolution of the personal computer that would utilize it to allow average individuals to gain access to all the knowledge of the world. This may stand as one of the great miscalculations of the modern elite. It helped create a second wave of modern information technology that has already begun to undo a myriad of world-centralizing plans.

There is a new Reformation taking place throughout the world, led by electronic communication technology. It is not being commented on by the nightly news, nor written about in the mainstream media. But if you understand the trends and look closely, you can see it playing out every day in every part of human culture. It is already convulsing the world. Out of these labor pains a new and freer society is being born.

A technological enlightenment is taking place – a fundamental reforming of society's knowledge base. It is far more important and fundamental than a "technology revolution." It is rewriting the basic relationship that human beings have with their knowledge base and with its impact on their lives.